William Lear appeared on the Hi-Fi scene in the early 1960s, Mr. Lear was world famous for his amazing Learjet designed jet plane, and many of his critics thought he was getting his ideas from a captured alien from a crashed UFO. So it was major conspiracy theory news when he announced in the year 1964 that he had developed a never before seen or hear of new cartridge which had eight tracks, and he promised it would lower the price of recorded tapes with no sacrifice at all in the music quality. William Lear was not new to the electronics industry, in the year 1963; William was a distributor for the Muntz Electronics Company. He got this position so he could get a disturber’s discount, mainly so he could buy at cost, and install the Muntz 4-track units into the sound system of his Learjet’s. William was very dissatisfied with the Muntz poorly designed tape decks and tape technology. He got busy with his secret design, and contacted two of the leading builders and suppliers of state of the art equipment tape deck heads. He worked nonstop with Michigan Magnetics and the Nortronics Company on his new and spectacular 8 track design. Mr. Lear had specified a new deck head with much thinner and detailed pole pieces with a new spacing design that would allow the playing and recording of two tracks, or what the technicians would call one pure stereo program that could be flawlessly played off only a quarter of an inch tape; and amazingly this tape held a total of 8-tracks!

Although William Lears space age design tape deck was a major departure from the Muntz 4 track tape player, the technology of the closely stacked audio tape for multi-track heads was in the early 1960s becoming well known in the field of music and recording. William Lear had after all in the year 1963 developed a new version of the Fidelipac tape cartridge with much fewer parts, and a remarkable designed integral pressure roller. So with or without the help of the stranded alien from a crashed UFO Mr. Lear's aircraft company had constructed over 100 Stereo-8 tape players in the year 1964, to be distributed to all the executives of the major automotive manufacturing companies, and of course to RCA which would soon change the whole world of recording and playing music thanks to Mr. Lear.

William Powell Lear made a name for Himself as a Designer

It was many years before William Powell Lear became famous for his Jet design that William had made a name for himself as a designer when he developed awesome instruments and new communications equipment for airplanes. It was in the year1945 that “Lear Inc.” was moving by leaps and bounds into the consumer electronics field. The Lear Company became a licensee for the Chicago-based Research and Development “R&D” laboratory, which was later to be called the “Armour” Research Foundation. This was a great benefit for William Lear because it allowing him access to the “Armour Foundation” successful development in their wire and recording technology. So even without the “UFO alien” help he had others helping him with his design for the endless loop wire 8 track recorders.

In 1965, Only the best from Lear Jet Industries, Stereo System

Only the best from Lear Jet Industries, Stereo System, Avionic Instrumentation, Executive and Airline Jet Aircraft, Stereo Division, 13131 Lyndon Avenue, Detroit Michigan. Lear Jet Stereo 8 the first and finest 8 - track tape cartridges and players. In your automobile you can drive to the sound of Carnegie Hall ... thrill to the brilliant stereo music from the worlds finest tape cartridge system ... the Lear Jet Stereo 8

Lear 8 designed with the knowledge of user Convenience in Mind

The well designed early Learjet Stereo 8 player, pictured above, was designed with the knowledge of user convenience in mind and also had many safety features built in the Spartan design. The minimal use of knobs and unneeded controls were intended to make it consumer friendly and aloud the owner quick and easy access to play tapes. It is very remarkable that William Lear was able to convince the automobile executives in the United Sates to install these 8 track players in the dashboards of cars like the Ford Mustangs and fearless Fair lanes. It help that Mr. Lear brought his remarkable reputation as a successful designer and company owner. As a leader of a business he had many personal and helpful contacts in many industries.

The 8 track tapes sales grew Well and were very Spectacular

Although some folks today dismissed the 8-track as a failure, from a contemporary standpoint this was not the case at all, it was a huge success. It was the first tape format to work so well and have a slot in the market to achieve a true notch in the national mass market of the 1960s and 1970s. not like the projections of the Hi Fi promoters of recorded tape on reel-to-reel in the 1950s and had fallen very short of a share of the market all during the 1950s and 1960s. The 8 track tapes sales grew remarkable well and were very spectacular all through the early 1960s and the 1970s. While most of this was due to the 8-track, some labels continued to issue 4-tracks into the 1970s.

The Conveniences and Musical Perfection of Lear Jet Decks

The 8 track tape system by William Lear was developed in the United States and initially made a fantastic impact as a reproduction system in cars. However it was and still is equally effective in the home. The system differs from cassettes in that the tape is continuous loop so there is no need to change sides.

The 8 track cartridge Switched on will Play until Switched Off

With a replay of about three inches per second as opposed to the two sides of a cassette the 8 track tape cartridge has four programs, which can be changed by the mere push of a button on the tape player. In this way the tape head is moved to four different positions, of the stereo programs. The 8 track cartridge once switched on will play continuously until switched off.

At home, use the Lear Jet 8 track full dimensional stereophonic reproduction through your present home stereo system by plugging in this handsomely crafted Lear Jet home tape deck. Discover for yourself the conveniences and musical perfection of Lear Jet tapes, decks and radios, the modern way to enjoy recorded entertainment.

The Manufacture of 8-track players shifted to Japan after 1965

The United States manufacture of 8-track players, which had begun with Lear Jet in Detroit Michigan, shifted to Japan between the years of 1965 and 1975. Lear was the first 8 track company to move a lot of the processing to Japan. There were a few efforts to revive the bloated American 8 track tape recorder and player industries, but the Japanese and other foreign firms cranked out 8 track players in huge numbers with their much cheaper labor and the crazy favorable import regulations of the 1970s doomed the United States 8 track tape manufacturers. Many US electronics manufacturers find it much more profitable to sell the well-made Japanese 8 track players under their own labels. 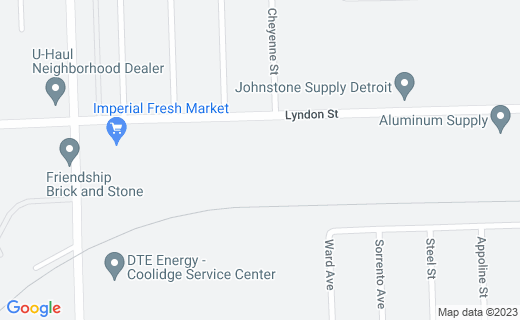 William Powell Lear received well over 120 Patents in His Lifetime

William P. Lear was a true believe in Extraterrestrials and UFOs

It appears that William P. Lear, the great inventor, and who was also the chairman of the board of his famous Lear, Inc., which in the early 1960s was one of the nation's largest electronics firms specializing in aviation, was a true believe in extraterrestrials, and that he knew for a fact that UFO's were for real. It was well know that in his secret laboratories in Detroit, and out west near area 51 during the 1960s he was going over new developments he was working on with unknown agents, and theories relating to gravity with his chief scientists and engineers of his personal company.

William Lear was convinced Gravitational fields can be Controlled

William Lear was convinced that it will be possible to create artificial electro- gravitational fields based on his study of UFOs whose polarity can be controlled to cancel out gravity. He also believed based on his research that all the materials, and human beings within these fields will be part of them. Mr. Lear had made several theoretical design studies of round or saucer-shaped vehicles for travel into outer space, which his company shared with members of the military and government agencies during the late 1950s and early 1960s.

William Lear was a Thoughtful, Kind, and very Sincere Inventor

William Lear made a nationwide statement on an American television show in 1969. His statement was made in response to a question from the master of ceremonies who wanted to know what Mr. Lear visualized the next twenty years would produce in the world of technology. William Lear told him: “a person would be able to, say, walk into a New York City travel booth, somewhat similar to a telephone box in shape; deposit his fare; push a button; and walk out the other side of the booth in San Francisco, having been teleported across America in seconds!” Tragically the audience in the studio laughed and laughed at Mr. Lear, He was just stunned, how lonely, sad, and painfully dejected he must have felt at that time, when he sadly realized the great gulf between knowledge and ignorance that separated the average citizen of the United States from the realities he had worked on and witnessed in the Lear research faculties. He was a thoughtful, kind, and a very sincere inventor, and a great loss to this world.