Update 1st February 2012: It appears that Nvidia might be skipping over Nvidia GTX 600 series for the moment because they are planning to release GTX 700 series. It is like the history is repeating itself again.

Nvidia did not release GTX 300 series in the market but they were still there. Call it a test or something else, but Fermi architecture worked wonders for Nvidia and consumers.

This time, we are going to see GTX 780 and GTX 790 graphics cards with mind boggling performance. As a matter of fact, if you do believe what see on the internet/web/blog/etc... you will be thrilled to know that in front of Nvidia GTX 780 and 790, GTX 590 looks like a baby card.

So... I guess that you may want to hold off your purchase till GTX 700 series hit the selves.

As you already know that in September 2010, Nvidia’s CEO Jen-Hsun Huang introduced us to a CUDA GPU Roadmap that laid out his future plans. As of this moment, they (whole team) are working very hard to process Nvidia GTX 600 Series for the big mass.

So, here are some key features of Kepler (code name for rumoured GTX 600 series) cards: 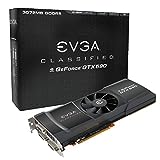 · GTX 600 series cards are supposed to run cooler than Fermi because of smaller die.

· Double CUDA cores will make processes faster than ever that use CUDA cores for calculations. Most common applications include video transcoding and image rendering.

· Open GL is now supported by most image and video rendering softwares, like Photoshop, an enhanced version of OpenGL will make working with high definition images faster and more precise.

· Although, DirectX 11.1 is basically Microsoft Windows feature, but we can not exclude the possibility of a GTX 600 card supporting it already.

· I have witnessed enhanced graphics when I moved from Windows Vista Direct X 10 to Windows 7 DirectX 11 and I am sure others have experienced the same.

· Nvidia GTX 600 cards will be facing a direct competition with AMD’s Southern Islands (codename) graphics card which are also based on 28nm architecture and supposed to be released earlier than GTX 600.

· The release date Nvidia GTX 600 series is not that much clear but if you surf online and gather some information, you will come to know that it might be released in the fourth quarter of 2011 or by first quarter of 2012.

· There is no information about Maxwell cards on the web right now that could add some value to this discussion and since Maxwell graphics cards are being developed by the green graphics card giant within its deep layers (Crysis 2 metaphor), we may not see it for an entire year or two.

This article would be insufficient without Nvidia's September 2010 Keynote Image

Rest assured that once I get my hands on other information, I will update this article for you to read. Till then, have fun with Fermi.