The Sahara Forest Project: Providing Water in the Desert

Water: The Most Important Element

For centuries we have known the importance of fresh water and the role it plays in our ecosystem. In 1356 Roman Emperor Charles IV said:

To all the aristocracy and towns, I hereby issue an order to build ponds industriously, first to provide an abundance of fish to feed the people, and secondly to secure the better use of the land – to gather marsh and morass water, so that it might be evaporated by the sun and ward winds and as a water vapor to fully benefit the surrounding vegetation. (The Sahara Forest Project)

Today we still understand the necessity of a fresh water supply, but less is being done to ensure that the world has adequate access to it. The Sahara Forest Project looks to revive the ideals of Charles IV by creating a system that will generate water, even in arid environments, harness solar power, and by using these technologies combined, produce crops. The project also proposes that seawater greenhouses be used in conjunction with Collective Solar Power to reduce the dependency on fossil fuels, and by renewing the fresh water resources, reverse desertification.

The Demand for Fresh Water

Over one billion people do not have access to a clean water source. The demand for water continues to rise, in large part due to the fact that agriculture alone uses 70% of Earth’s fresh water (Paton). As more water is pumped out of the soil, the land becomes more saline, which eventually causes vegetation to die and creates desertification (The Sahara Forest Project). The Sahara Forest Project plans to implement seawater greenhouses to purify saltwater and make it suitable for growing crops (Paton) 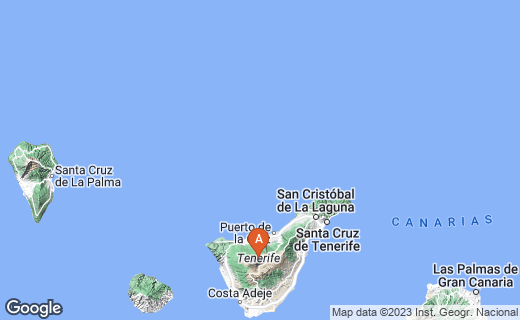 The location of the first Seawater Greenhouse.

The Seawater Greenhouse Project began in 1991, when Light Works Ltd conceived the idea. In 1992, only one year later, the first test site was constructed on Tenerife, a Canary Island also known as the ‘Garden of the Gods’. The site had fallen from grace since receiving its nickname, as in 1992 it was nothing more than an arid piece of land that had fallen victim to over pumping of ground water. The results from the test site were positive, validating the concept and allowing the project to move forward. A second, larger pilot was constructed in Muscat, Oman in 2004. This greenhouse hopes to restore unusable land back to agriculture land. A nearby institution, Sultan Qaboos University, is a collaborator on the project, and Johan Perret (of the school’s soil and water engineering plant) had this to say about the project: “The concept is a very promising alternative way of generating fresh water in Oman, both for coastal regions and inland, where we have brackish underground water. Farms are literally dying and it will allow us to reclaim the abandoned land.” After receiving so much positive feedback it was clear that seawater greenhouses did in fact succeed at producing clean water for crop growth, and that they were a feasible solution to fresh water shortages. This allowed the project to move to the next step – full-scale greenhouses (Paton).

While seawater greenhouses may seem like groundbreaking technology, in reality what they are doing is recreating the natural hydrological cycle and harnessing the fresh water and cool air it produces. One wall of the greenhouse is actually an evaporator to turn the seawater into humidity. This wall would face the prevailing wind in order to catch fog off from the land. Seawater, which is generally quite cold, slowly trickles through the wall, cooling and adding moisture to the air. This air then passes through to the actual greenhouse, where sunlight is filtered in to allow for photosynthesis. These conditions, cool, humid, and high light levels, are most desirable for plant growth. Once the cool air makes its way through the plant area it mixes with dry, hot air from the roof. This air combination goes through another seawater evaporator and into a condenser, where once again it is cooled by the seawater. The warm air combining with the cold water creates the temperature differential required for condensation, and more importantly fresh water condensation. The condensation is then collected and this fresh water can be used to water crops (Paton).

Using seawater greenhouses can greatly reduce the need for irrigation, as can be seen in the test site in Tenerife, where farmers reduced the irrigation rate from 8 liters/day/m2 to 1.2 liters/day/m2. A barren area in Tenerife even began to grow vegetation as irrigation seepage lowered salt levels. One of the most important things about seawater greenhouses is that they are relatively low cost solutions. The structure is made out of light steel, the evaporators are cardboard, and the condenser is plastic. The polythene films on the glass are cheap, and are 100% recyclable. The greenhouse requires very little electricity, as most operations are powered by wind and solar energy. The water produced costs less than 3kWh/m3 (Paton).

In addition to growing crops the greenhouses would also have algae ponds. The algae from these ponds could potentially be used as food, fertilizer, or even fuel. Algae has a fast growth rate, which makes it very profitable. The United States National Renewable Energy Laboratory has found that algae generates 30 times as much oil than other plants (per acre), that can be used as biofuels. Algae can grow in saltwater or even wastewater, making it an easy, affordable solution to reliance on fossil fuels (SFP Stage 1).

Jim Sears, an inventor from Colorado, began building a reactor in his basement in 2004 to produce biofuel from algae. At first he was laughed at, but his experiment was a success, and soon he found Solix Biofuels. Sears discovered that when put in the right environment the algae could double overnight and be harvested every day. CEO Douglas Hentson says, “If we were to replace all of the diesel that we use in the United States with an algae derivative, we could do it on an area of land that’s about one-half of 1 percent of the current farm land that we use now.” (Haag).

Many sites that work well for seawater greenhouses would also be ideal for Concentrated Solar Power (CSP). CSP is a promising form of renewable energy, partly because it costs only a fraction of photovoltaics. CSP uses mirrors to direct the sun’s energy to boil water, which then drives a steam turbine. Installing CSP’s on 3% of the Sahara Desert could provide the World with all of its electricity demands (The Sahara Forest Project). Solar Power, much like seawater greenhouses, is not as new of a technology as it first seems. In 700 BC the Chinese used “burning mirrors” to start fires. By 1860-1870 the idea had advanced much farther. Augustin Mauchot designed a reflector in the shape of a disk that he used to heat a boiler that in turn ran an ice maker. 1909 was when a major breakthrough in solar power occurred. H.E. Wilsie developed a system that could store solar energy even when the sun wasn’t out. This is what makes CSP so useful – that it is much easier to store than electricity. It is also cheaper to store – as much as 100 times less than electricity. CSP is an important piece of the Sahara Forest Project because it utilizes a free, abundant fuel – sunlight, and would provide not only enough energy to power the project, but also other areas around the world (Romm).

When combining the technologies of seawater greenhouses and concentrated solar power, the site would be laid out in a way that would maximize the efficiency of all the processes. The greenhouses create a long ‘hedge’; this will allow maximum wind collection and will shelter the outdoor plants, which would be positioned between the rows of hedges. At certain points there would be breaks in the line of greenhouses and CSP collectors would be installed. Orchards would be planted in the remaining area near the greenhouses, where they would have access to fresh water irrigation and the humid air (The Sahara Forest Project).

The Future of the Sahara Forest Project

There are currently pilot projects in process for seawater greenhouses, concentrated solar power, and algae cultivation. The results for all of these technologies have been positive and the Sahara Forest Project hopes to bring them all together to a full-scale site within the next few years. By doing this an abundant amount of energy, fresh water, and food would be produced. In addition to bringing much needed resources to barren lands, the project could actually help reserve desertification and bring new plant growth to the area. The world population is becoming increasingly aware of the issues we are faced with, but with proposals like the Sahara Forest Project we are taking the right steps towards ensuring a green future.