Technology For Students: How To Take Notes The High Tech Way (A List Of Note-taking Gadgets And Apps For Lecture-Goers)

Taking notes is at the center of the experience of being a learner in our outdated education system. Luckily though, there is plenty of new technology that could let us abandon the pen and paper and start taking notes the futuristic way - using gadgets and technology. So let's dive right in.

We cannot talk about gadgets in the classroom without mentioning the most common notetaking technology that we see there and that is starting to become standard in some places - the laptop and it's many variants like ultrabooks and netbooks. There is a very wide range of devices available for any budget and I'm certain anybody could find a suitable digital classmate ranging from the mighty MacBook Air, going through the Asus ZenBook and Lenovo IdeaPad and rounding off with the numerous Dell, Acer, Toshiba, Samsung and etc. offers. But laptops and even the now trendy ultrabooks are not really cutting edge anymore and have that feel of a relic from the declining PC era. So let's look into the more futuristic and fun options that note-taking students might decide to go for. Now this is a novel and futuristic way to take notes. The Livescribe pens practically have a computer (similar to a smartphone) inside that can record your pen movement and simultaneously record the audio, so you will be able not just to take notes, but to hear the lecturer's clarification of the things you have jotted down, but can't fully understand. It hardly gets cooler than that, does it? The smartpen connects to a computer via USB, it has a built in speaker and microphone and it supports a number of different apps including a paper piano feature that allows you to draw a piano on your page and then play it. After you've transferred your notes to the computer, they become interactive documents that let you edit them, hear the audio and basically relive them. The only drawback might be that in order to use the pen's functionality, you need to purchase special paper, but this only enhances the experience. But if you are a gadget fanatic, this is the only note-taking gadget that would be able to satisfy your high tech thirst and lust. This is really a unique product that deserves attention and praise. 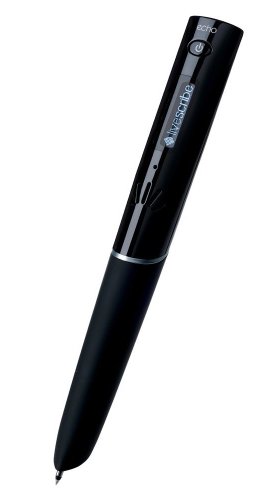 Obviously there are smartphones and tablets that one could buy that could handle notetaking very well and some of those cool devices are mentioned below. But most people would prefer to keep their current smartphone or tablet and just find a way to use it for taking high tech notes in class. Evernote will let you do that exactly. This is an app available for iOS, Android, desktop and web that helps you deal with all your notes and info with the help of the cloud. It not only keeps things for you but it provides handwriting recognition, tools to organize your scribbles and scriptures and generally a great user experience that you could use on all prominent platforms switching between them with ease. So you could use your current smartphone or tablet to take notes directly on the touchscreen and then view them, edit them, and print them from you PC. It's a great app and people that start using it usually find it very useful and stick with it. It will allow you to take notes in class directly on your touchscreen device, but it provides so much more functionality that you would certainly discover on your own if you start using it. 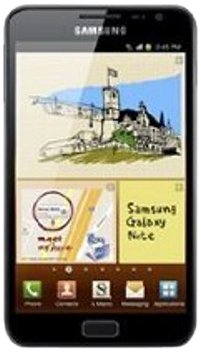 First of all, you can get a smartphone that can handle your notetaking needs. The best option on the market for that right now is the Samsung Galaxy Note. It's a very powerful smartphone running on a 1.4GHz dual-core Samsung Exynos processor paired with 1GB of RAM, which means it will provide a brisk and responsive performance and would be able to handle pretty much anything you throw at it. It has a 5.3 inch screen which makes it quite large compared to rest of the flagship smartphones like the iPhone, Samsung Galaxy S3 and HTC One X, but besides being awkward for some people this provides a lot of screen real estate to let you do everything you need to do. Because of its large display some people have started calling it a phablet (a combination of the words "phone" and "tablet").

But being a large top of the line smart phone is not the only thing the Galaxy Note has going for itself. It is called the Note because of one very important accessory - the S-Pen. The S-Pen is basically a stylus on steroids, providing a lot of nice notetaking and sketching functionality, which is exactly why this great smartphone has made it on this list. There is a lot of free software on the phone that is specifically optimized to take advantage of the S-Pen functionality and the number of available stock apps is supposed to continue to grow. And of course, this is not just a note-taking tool, this is a full-fledged top-of-the-line Android smart phone that will help you with plenty of your everyday tasks.

If you have a smartphone that suits you, you like Samsung's S-Pen and you want a cool new notetaking tablet, The Samsung Galaxy Note 10.1 might be the way to go. First of all you need to know that the Samsung Galaxy Not 10.1 (10.1 inch tablet) is a powerhouse - it has a very powerful 1.4GHz quad-core Exynos 4 processor paired with the amazing 2GB of RAM, so you can rest assured that this beast will not let you down in the performance department. It will provide you with the pleasure of using a great 10.1 inch tablet, but it also comes with an S-Pen, so this paired with the beautiful large screen and the bunch of Samsung proprietary S-Pen-optimized apps makes it an amazing tool for notetaking and sketching that will also provide you with all the other niceties of having a large tablet. It is capable of providing all the goods of a top-of-the-line large tablet with the additional benefit of being perfectly suited for taking notes in class.

Of course all that stylus-on-steroids action might not be your cup of tea and you might prefer to be using a keyboard instead of using your touchscreen device as a hand-writing surface. Well, in that case the Asus Transformer line will come to your rescue. Currently Asus has become the dominant force in Android tablet builders and is continuously challenging its competition. It is currently very well known for it's Transformer line that allows the a list of their 10.1 inch tablets to work with a keyboard dock transforming them into great Android touchscreen netbooks and extends their battery life.

The best tablet in the pack (and according to some reviewers the best Android tablet on the market hand down) is the Asus Transformer Pad Infinity TF700. It rocks a mighty 1.6GHz quad-core Tegra 3 processor paired with 1GB of RAM. This means that it can run smoothly pretty much anything. Having the option of the added keyboard dock, the tablet becomes very pleasant to use, versatile and one of the tablets that you could actually be productive on. So if you want a pure top-of-the-line Android tablet that lets you use a full-fledged keyboard, this is the flagship to get on board of.

The only problem with the Transformer Infinity might be its price, so Asus built a more budget-friendly Infinity look-alike. It's the Asus Transformer Pad TF300, which looks quite similar on the outside, but provides a slightly more budget-friendly pricing with a little less horse-power. It's running a 1.2GHz quad-core processor paired with 1GB of RAM that will still provide an acceptable performance for most.

You could also decide to go for a different from factor with the Asus EeePad Slider SL101, which is basically a 10.1 inch tablet with a slide-out QWERTY keyboard. It's a unique design that could suit some very well. You need to keep in mind that the addition of a keyboard makes the device a bit bulky when used as a regular tablet with the keyboard slid in and unlike with the keyboard docks, you don't have the option of leaving the bulky part at home. Additionaly the performance simply cannot compete with the performance provided by the Transformer line - the unique form factor tablet is fitted with 1GHz dual-core Terga 2 processor, 1GB of RAM and an older version of Android. On the bright side, you don't need to spend additional money on buying a dock, so for some users centered around browsing the web and taking notes, it might be a suitable choice. 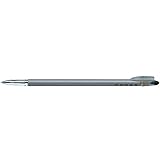 Stylus or a Stylus / Pen Combo

Of course, spending hundreds of dollars on an expensive piece of equipment is a road that not everybody is ready to take. If you already have a nice touchscreen device (a smartphone or a tablet) and you want to keep using that you can just use Evernote, but to make the experience even better you might also decide to purchase a capacitive stylus to work with your device's capacitive touchscreen. There are literary hundreds of options with all kinds of prices and all kinds of additional functionalities or design. I personally believe that your best bet would be buying a ballpoint pen / stylus combination that would let you easily switch between taking notes on paper and jotting something down on your smartphone or preferably tablet. Additionaly there are flashlight or laser pointer / stylus combos that might suit your needs better. Of course, if you don't feel the need for multiple functionalities, you can always get any other good old stylus that fits your taste.

Microsoft Surface and all the other Windows 8 tablets

Now Microsoft Surface is a line of tablets that is going to be produced by Microsoft themselves to showcase their new OS - Windows 8. Its killer feature is that a lot of apps would be able to run both on the PC version and on the ARM version (most of the tablets and smartphones nowadays are running on ARM chips using dedicated operating systems like Android, iOS and Windows Phone 7). The Microsoft branded tablets will also come with magnet attachable keyboard cases. Both announced versions (Microsoft Surface running on an ARM chip and Microsoft Surface Pro running on an Intel chip) would most probably be a great tool for taking notes and productive tasks like wordprocessing and spreadsheets and of course the normal tablet ussage like browsing. Its hopefully a start of an era of better interoperability between PCs and mobile devices. But the devices are still not out on the maket and a lot of their technical specifications are still unknown.