This hub features ten+ Android app store alternatives to the Google Play (formerly known as the Android Market) that both serving the apps and recruiting developers. Some "app stores" are really just alternative browsers for the Android Market, but the appstores in this list are truly their own gig (with the exception of GetJar - see below).

I try to keep this hub updated with some of the latest and greatest, as well as with some of the suggestions from the readers. Do not forget to leave a comment and a link if you think you have an alternative Android appstore in mind.

As their own gig, the app stores provide their own web interface or client app to browse and download the apps from their servers. If you purchase an app, you will pay them money directly and not use Google Checkout as required in Google Play.

All of these app stores encourage developers to choose them to publish their apps with and cater to all kinds from web app type site shortcut apps to full, retail apps.

This is not an exhaustive list of alternative app stores. I included only app stores that did business primarily in English and had fully functional web app interfaces or client based user experiences. There are many more app stores out there, especially if we look at ones designed to serve China and other Asian locals. Try Google for those if you are brave or blessed with additional knowledge of languages or are a pro at using Google Translate.

Lets get to discovering! 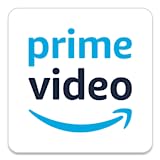 The Amazon Appstore is incredible!

Because Amazon is a very large and profitable company with an amazing ability to move products, the arrival of the Amazon appstore brought real competition to the Android app marketplace and Google Play.

F-Droid is an installable catalogue of FOSS (Free and Open Source Software) applications for the Android platform. The client makes it easy to browse, install, and keep track of updates on your device.

Although small, its fun to try new things including this little number.

Have you every heard of 1Mobile Market before reading this?

According to the 1Mobile "About Us":

1Mobile is a global leader in specialized software stores for smartphones and other mobile devices. Our store, 1Mobile Market, is a collection of more than 600,000 mobile phone applications and games, with more exciting, practical, and unique applications added everyday.

1Mobile has an incredibly ambitious goal:

1Mobile intends to become the world’s most popular platform for smartphone application sales and distribution. We have carefully designed our website to support app developers and facilitate app publishing.

1Mobile Market may be one of my personal favorite rising stars.

I appreciate that it offers both an app to download apps from your Android smartphone and a website that allows you to download the APK of an Android app directly.

1Mobile is a global network that actively recruits developers, which adds incredible legitimacy to the market as a legal provider of direct download APKs.

Stock Up on MicroSD Cards!! 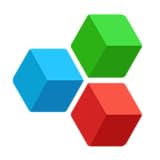 Opera Mobile App Store is the new kid on the block.

First, it has a stellar Opera "esque" black and red theme. The touch interface reminds me a lot of how the touch Facebook web app is designed.

Second, the new Opera Mobile App Store features both paid and free apps with competitive prices. All app stores do not sell the same app for the same price, which makes the alternative app store an exciting addition to the marketplace in order to foster more competition. For example, QuickOffice Connect mobile office suite was four dollars cheaper than on the Android Marketplace on March 21st, 2011 selling for only $5.99 instead of the usual $9.99.

Thirdly, the Opera Mobile App Store offers an account based sales experience where you can register multiple devices and keep track of your downloads. The whole app catalog and delivery system is administered by PocketGear.com SlideME also has an official app - QRcode is on the right.

The interface is fairly straightforward with basic categories and a featured app scroll wheel at the top. The app descriptions are quite nice, including screenshots, compatibility menus, and video demonstration links.

The menu button brings up the options to look at additional categories for "Top Apps" and "Latest" Android apps published.

Free MP3 Music for Your Android 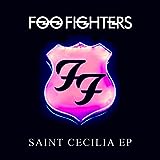 Get Angry with Amazon Appstore!

Although it used to offer Android apps through its own platform, it no longer does so. Instead, it ops to use Google Play links.

However, there is a fun twist. Apps that you download carry with them a currency used in a handful of apps and hundreds of themes in lieu of paying real money called GetJar Gold.

So, although GetJar is no longer a stand alone store, its long term place in this hub has earned it an honorary spot due to its unique currency (linked to your Google account on whatever phone you are using the app on). YAAM, or Yet Another Android Market, is not all that exciting or particularly unique.

The app (which you can download from the qrcode to the right) offers three categories: Apps, Games, and Updates. Apps and Games subdivide in to a handful of additional filter categories, which further subdivides to "Free" and "Paid" apps.

Paid apps are not as numerous as they are on the Android Marketplace. You might be able to find some deals, however. With all of these markets available, shopping around for the best price can be a useful exercise.

Check out YAAM from your browser right now:

The Insyde Market is fairly young and remains quite small. It is growing, however, and just recently started accepting paid applications from developers.

In order to use the Insyde Market client on your Android, you must create an account either at their website or through the app itself on the first open. You can get the client by snapping the QRCode to your right or you can visit the non-mobile site. 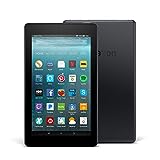 Mobihand runs several app stores for various types of mobile operating systems. Their Android store is called the OnlyAndorid Superstore. To access it, you may download the OnlyAndroid client by snapping the QRCode to the right or you can visit the non-mobile site in your browser.

It has a slick multi menu tabbed interface with a dark color theme.

The first screen you come to when opening the app from your Android gives you three choices: Apps, Games, or Accessories. Both apps and games have special "deal of the day" specials.

There are a few things I like about this app. Its easy to navigate without lag. It looks good. It has a tab for sales and specials built in to the app, which is something the Android Market proper needs to implement.

Altogether, OnlyAndroid Superstore appears to be a good option for those seeking an alternative to the Android Marketplace.

AndAppStore is pretty plain and small. You can access the store through the AndAppStore client, which you can download by snapping the QRCode to the right. You may also visit it in your browser as a non-mobile website.

The interface is very straight forward with tree arrainged categories and subcategories. Browsing can be a bit annoying, however, because the menu always returns to the main tree categories instead of returning to the subcategory menu, which means there is a lot of extra clicking involved and rediscovering your browsing place.

Another downside to the AndAppStore is that many apps that you would expect to be in an Android market are not present, such as common web browsers.

There are some bright spots!

AndAppStore seems to be the type of place to discover underrated and under promoted jewels. There is a rating system that is clearly in its early authoritative stages, but the system is in place.

A few particular items that I really like about AndAppStore is that all of the apps on the market are free. Downloads are extremely simple. AndAppStore does not require accounts, logins, hula performances, or any other annoying hurdles. You just press "Download" and that is exactly what happens- Bam!

Easy access to this store right in your favorite mobile browser.

Pick one and go to:

I would not recommend purchasing any apps through this market because in order to get "app security", you have to pay $4.99 for each paid app to make it so that you can re-download it in the future. Maybe I'm spoiled by the Android Market, but i think that is pretty ridiculous.

There are plenty of free apps, however, that are quick and easy to download without any funny "service charges".

Handango is powered by PocketGear.com, which has its own app store front you can check out if you get bored with the snazzier looking Handango store front.

Which alternative Android marketplace do you prefer?

Just a few cautions before you take off on your alternative app adventure.

Unlike the Android Market proper, these alternative markets do not have the big "Android Kill Switch" for malware infections. You are more vulnerable if you install from these sources simply because these markets do not have any pervasive big brother like security feature.