Tumblr - 5 Reasons Why You Should Make One

I have a Tumblr because

Why Should I Have a Tumblr?

Don’t get me wrong, I know Tumblr is already one of the most popular blogging platforms out there, but of all the famous ones, I believe Tumblr still didn’t get much appreciation.

In fact, some websites still don’t have the option to share on Tumblr.

People recently are now starting to turn their heads to Tumblr and start making a Tumblelog (Tumblr blog). They now realize the big potential, benefits, and possibilities of having a Tumblelog.

I'm going to try to list down the main benefits of having a Tumblelog.

All of these features can be seen on Tumblr.

It is a blog where you can share anything with your followers (could be fans or friends), whether personal or commercial.

You can also make your personal blog and your business blog separate if you wanted, for privacy reasons perhaps.

But, it is best used combined in my opinion, because your fans, not only your friends, do want to know what you’ve been up to.

Most popular blogs whether personal or professional are usually just a website with full of information about their particular niche. It doesn’t need to be the product they’re selling, but instead that particular niche in which they have expertise. It is constantly updated with what’s new and what currently is the trend.

Your Facebook Profile, in the other hand, is more personal where you share with your friends and family your current status or what you’ve been up to. You can post texts, photos, and videos.

A Facebook Page, in addition to Facebook profile, is more of a commercial page than personal, but instead of having your friends seeing your constantly updated status; your fans would see them.

2. The Power of Re-blogging

Just like twitter where you can re-tweet other people’s tweets, the same feature is also available on Tumblr, only it is called reblog.

A high quality and informative blog post can easily spread out across Tumblr users when a follower reblogs your blog post, and his/her followers again re-blogs it making it visible to all of their followers, and it just goes on and on and on.

If your blog is interesting and appealing, and your posts are of high quality showing good creativity and ideas, you’ll surely win followers.

Imagine putting a back link to your website in your tumblr post, and then it was re-blogged. You instantly have just got multiple back links, hence, improving your website’s exposure to thousands and contributing to its Search Engine Optimization.

This is one feature that Facebook lacks; it is the ability for its users to customize the look of their theme. Many Facebook users have already raised the issue to the Facebook Management, so they’ve come up with Facebook Pages.

Yes, Facebook Pages are customizable but still it isn’t comparable with the Tumblr experience, and Facebook Page is only best used for commercial purposes. Of course, you’ll use your Facebook profile for personal use than your page.

All blogging platforms have customizable themes but Tumblr stands out when we talk about ease of use and simplicity, yet sophisticated. You can choose from a very wide selection of choices on Tumblr's Theme Garden. There are lots of free themes available for use.

Above is a screenshot of Tumblr's Theme Garden, and there shown is the total number of Tumblr Users to date.

Currently, there are about 19 million users around the world and surely this will continually and constantly go up in no time. It was reported that there were 6 million users last year on July 2010.

This clearly shows that Tumblr is quickly rising to fame and starts getting more appreciation. The community is fast growing.

If you want to see the exact detail of Tumblr's statistics, you can view it in Quantcast. See screenshot below.

Follow, be followed, re-blog posts, get your posts re-blogged, like posts, be liked, ask, be asked, promote blogs, be promoted, recommend a blog, and be recommended.

It is easy for someone’s blog to become famous especially if it is interesting and appealing to everyone. It’s a very social, active, helpful, and creative community.

When you’ve just started, things will be a bit difficult and you would feel like crawling yourself out of the cave to get exposure. Things are going to be slow, but when you started picking up and get more followers, things can go frenzy.

A single post can be viral and could spread out all over Tumblr instantly. When you start gaining recognition, you’d certainly feel more engaged, and it’s what makes the Tumblr experience different from other social networking sites.

If you have talents, why not share it with the world using Tumblr and be discovered and be another valuable contributor to the community.

Want to be a Tumblr Expert? 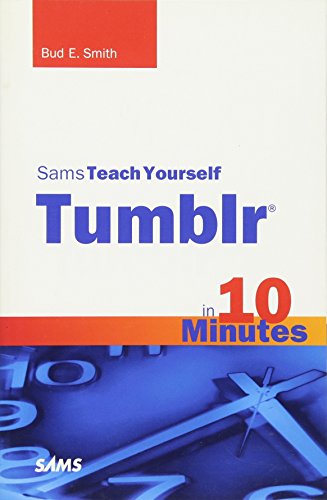 If you want to know how to get many followers on Tumblr, do read my "Ultimate Guide on How to Get More Followers."

Do you want to share your ideas?
Join HubPages Now!