How to KNow USB Color Code Inside USB

What started the problem?

You arrived from work and you took your phone or tablet then picked your USB charger from your closet, plugged it to your electrical outlet and the other end to your phone.

Then, things happened, the battery bar icon on your phone did not move. Your phone was not charging.

Now, what would be your first thing to do to resolve the issue? Call a friend? Buy a new USB charger?

Throw the charger into the bin? Well, think before you do so.

The thing is, you can repair it yourself. This is 85 percent of common USB cord problem. 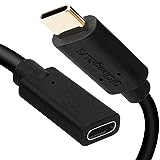 Any USB device that uses USB cable has similar problems with this one because this is the most common USB cable wire problem.

We know that USB cable are held in our hands, twisted and rolled it inside your backpack, small bag, plastic bag, and drawer or anywhere you bring it.

This may cause the four wires inside to puncture without noticing on the outside as we see it.

This is the common problem of USB wires.

Now you may ask if which part of the USB cable the faulty area emerges.

As seen on the photo. It is very clear to look at that in this part the two wires of my USB cable was torn and disconnected.

This is as easy as connecting again the wires, the four wires of the USB cable.

How to Repair Your Own USB Wire At Home?

As we know that we have four wires inside the USB cable.

Get a knife or any sharp tool just to open your USB cable and expose the four wires inside. You can see the four colors USB wires as you expose the USB cord wire.

There are different color coding of USB wires depending on the manufacturer that created it.

But this is just easy since we will just only connect the same color of wires seen on the USB cable.

I showed you some connections on the photo here in this hub.

I connected same color of wires.

Just skin the four wires about 1 centimeter and splice it together but never will you exchange USB wire colors.

See to it that none of the wires touched with each other interchangeably.

It means that a red wire must only be spliced with a red wire and never will the tiny stranded wires touched to any wire colors within the four wires of the USB cable.

You can make a trial and error to see if your charger or any USB device works.

For the mean time, you can tape each splice of wire to prevent short circuit or touching another wire around.

For permanent connection, try soldering the wires for stronger splice.

And later if you have time and money, you can buy from Amazon online for a couple of days only.

Which part of the USB cable that mostly has problems?

The part where the USB cable has faulty is on the bent areas since bending and twisting a cable could influence also on the wires inside it.

Check at the base of each port where frequent bending takes place.

Also, try bending and moving the cable to determine where exactly is the disconnected areas.

How do you repair your USB cable wire?