Using the Cloud to Backup all of your Photos, Videos, and Music

What is the Cloud?

Most of us use cloud storage every single day without even knowing it. Have you ever checked your email using Gmail, Yahoo, or an Outlook.com account? Have you ever used Google's voice search or Apple's Siri? Have you ever uploaded a picture to Flickr or Facebook? If you have done any of these things then you have already used cloud technology.

Cloud refers to a technology that allows your device to use the storage space or computing power of another computer--more specifically a cloud server. When you read an email or look at pictures on Facebook you are looking at content that is stored on another computer. Just like you could view emails stored on another server you could also store and access your photos, videos, and music on a cloud storage server. This is sort of like streaming a video from Netflix except that you are streaming your own pictures, music, and videos. Having your files stored on a separate computer like this can come in handy in an emergency.

Protecting your Photos, Videos, and Music

If your smartphone were to be lost, stolen, or mauled by a lion. There is chance that you will lose all of your pictures, videos, and music. However, you will not lose pictures that you posted on Facebook nor will you lose any of your emails. This is because all of that stuff is "stored in the clouds".

Just as Facebook stores your pictures and Gmail stores your email. Cloud storage can be used as backup or primary storage for all of your photos, videos, and music. Another advantage of cloud storage is that it can be used to store all of your files in a single place that can be accessed from anywhere. Just like you can check your email at work or on a friends computer. You can also access your photos, videos, and music from any computer, phone, or tablet. That means you can take a picture with your phone and view it later on a computer or tablet without having to transfer files from device to device. This is even easier if all of your devices are running Google's Android Operating System or other devices that are supported by the same cloud storage server. 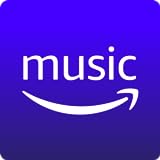 Where can my files be kept safe from lions?

There are many good cloud storage options for storing photos, videos, and music. The first that I would recommend is Picasa. Picasa is a Google service used to store photos. It is integrated with Android Open Source therefore a lot of Android phones have Picasa integration built into the default camera application as well as the default gallery application. This allows you to easily snap a picture and upload them to Picasa by long pressing a picture, selecting share, and then choosing Picasa.

If you have the Google+ app then there is an option to automatically upload pictures to a private folder in Picasa. There is also no signup or setup necessary to use Picasa if you are running Android Open Source. The drawback about Picasa is you only get 1 GB of free storage. That roughly equates to 400 pictures at 8 megapixel quality. You can also upload video to Picasa but it is subject to the 1 GB size limit.

The next photo storage option that I would recommend is Flickr. If you have an HTC branded Android phone then your camera app and gallery will be integrated with Flickr. Flickr lets you upload 2 videos and 300 MB worth of photos every month. Although Flickr has a monthly upload limit, there isn't a total storage limit like there is on Picasa. The second benefit of Flickr over Picasa is the official Flickr app. The Flickr app can be downloaded on the Google Play Store and the Apple App Store--making Flickr a good cross platform choice.

The best storage option for music is Amazon. Amazon offers an Amazon Mp3 app for Android users. The app features a built-in music player that allows you to easily browse and play your music files. Amazon offers unlimited storage for all music purchased through Amazon. For iPhone users these songs are playable through the Amazon Cloud Player which you can access with your browser. Amazon also gives you 5 GB of free music storage for the Mp3s that you did not purchase from Amazon. The drawback with the Amazon Mp3 App is it does not allow you to upload song through the app. You have to upload the song through a web app on your browser.

The Good, The Bad, and The Future

Just as there are advantages to cloud storage there are also disadvantages. Using cloud storage requires that you have connectivity with the server. This means you either have to be connected through Wi-Fi or have a data plan. Whenever you are accessing content directly from the clouds you are also subject to download speeds. This is not a problem if you have a really fast connection or if you are just viewing pictures and playing music. However, you could be subject to buffering if you are trying to access a video directly through the clouds. If you are in an area with no Wi-Fi and no data reception then you could be disconnected from your files. Consequently, if there are files that you must have access to then you may want to store those critical files on a micro SD card.

Other disadvantages of cloud based storage include the vulnerability of the server itself to viruses, hacking, information theft, server downtime/maintenance, or maybe lions mauling the server.

An added drawback is the limited amount of space that you get for free. Typically, cloud storage providers give you about 5 GB of free space. This is nothing to scoff at, but it does seem small compared to a 32 GB micro SD card. However, competition in the cloud storage service industry is fierce and companies find themselves having to offer more free space or better services in order to compete. This is great for us and nothing prevents us from signing up for all of the different services at the same time. You can sign up for 7 or 8 of them and end up with about 35 or 40 GB of free space.

Managing an account for each cloud storage provider plus downloading and learning how to use all of the different apps seems like it is more trouble than its worth. Fortunately, there happens to be an app just for managing different cloud storage services all under a single unified interface. It will be the subject of a future hub as I think this topic is expansive enough to warrant its own hub.