What are the Components of a Modern Computer

The Components Inside the Computer's Case

Modern computers don't resemble the ones from 20 years ago, much. At that time the mainframe took a whole room, and yet the components were pitiful by today's standards! Have you ever wondered what your computer looks like inside its neat case? Are you contemplating building your own for the first time, but are confused about all the complicated technical jargon and are not sure what to get.

I first bit the bullet 12 years ago and built my first gaming rig. Since then I've been upgrading the components on a regular basis and I really enjoy carefully choosing all the components, making sure that I can get the best for my rather limited budget.

Some people are happy to just buy a pretty box, and as long as it lets them email and surf the net, they are not bothered with how it works. That is of course fine. However, I've always had the urge to open the black box, look at its innards and figure out how it's all put together.

A couple of weeks ago, I again did a major upgrade of my gaming computer. Once again I was reminded of the satisfaction of figuring out where all the bits go, and the final relief and sense of achievement when I powered up the case, and heard the single beep from the bios, that told me that it had loaded properly and everything was working fine.

I could now go back to playing my games, finally running smoothly at maximum settings, with the knowledge that I had carefully chosen each component, and put it all together myself.

Do you build your own computer?

The Processor, the Main Brain of Your Computer

The processor, also known as CPU (central processing unit) is the microchip where most of the calculations are going to happen. It is usually referred to as the "brain" of the computer.

For years there have been two companies producing CPU chips, Intel and AMD. Most power users would opt for Intel chips, although AMD processors are often cheaper. Because the two companies are in constant competition,

Modern processors now have multiple cores, the most usual is a quad core CPU. These can function independently, so to a certain degree it is like having multiple processors inside the chip that you buy, which makes a huge difference to multi-tasking.

The newest generation of Intel chips are called the Ivy Bridge, they have now replaced second generation Sandy Bridge processors. They come in three flavours, Intel core i3, i5 and i7, with i3 being the weakest and i7 the most powerful. For a mainstream computer the core i5 is a good compromise between power and cost.

Whenever you buy a CPU it will come with a heatsink and fan, which is much bigger than the processor chip. The fan fits tightly over the CPU, connection being ensured with a layer of thermal paste. Trying to run the computer without having a fan over the processor would cause it to burn up very quickly. Many power users dispense with the stock fan that comes from intel, and buy their own CPU fans to ensure better cooling.

How to Choose a CPU for Your Computer Build

Deciding on which CPU to get will depend on your budget and what you are planning to use your computer for. You should certainly spread out your money between all your components, rather than spending a disproportionate amount on the CPU. Your computer will only function as well as its weakest part.

The first thing to decide is between an Intel or an AMD processor. Intel in general perform better, but AMD CPUs are cheaper. For demanding applications, like playing high end games, or CPU intensive tasks, I think it is safer to go with Intel, unless you are on a very tight budget.

Most people report not seeing a huge difference in performance between an i5 and an i7 processor. However if you are a power user, and have a big budget, you might want to choose the more expensive processor to future proof your build. Applications and computer games are becoming ever more demanding, and it is probable that in a year's time having the more powerful CPU might make a difference.

Other than the internal architecture of the chip, the two things to look for is how many cores it has and its clock speed. To future proof your computer it is best to go for a quad core CPU, if your budget allows. The number of applications geared to making use of multiple cores will only grow.

The clock speed of the processor is measured in Gigahertz, although modern processors have can be turbo boosted to run faster. Therefore you will often see two speeds cited, one base, and one with turbo boost. Generally processors with higher speeds perform better, although this is a generalization to a certain degree.

For my mid range gaming PC I went with a core i5-3570k, I can report that it is running my games, Bioshock Infinite, Star Craft II, Diablo III etc. at maximum settings without trouble.

RAM, How Much Memory Do You Need?

RAM (stands for random access memory) is the place where your computer stores the data it is currently working on. If you don't have enough RAM, the application will use your hard drive as temporary storage. Because reading and writing from the hard disk is much slower than from RAM, insufficient RAM can seriously affect performance.

Until recently I'd been running 4 GB of RAM. Although this was enough for "everyday" tasks such as surfing the web and writing text documents, I was definitely seeing a slowing down when I had many large images open in Photoshop or when doing anything fancy.

Upgrading to 8 GB (two 4 GB sticks) definitely improved matters, and my computer now handles anything I throw at it without batting an eyelid.

Most RAM nowadays comes in "DDR3" sticks, and this is what modern motherboards handle. Just make sure the type of RAM fits with what your motherboard uses, but this should not be an issue since DDR3 is the standard.

On the other hand, getting as much RAM as your motherboard can handle, is not really a very wise course of action. Your computer will use the RAM it needs, and if there is more than that, it will not make any difference to it. I would say that the standard for gaming computers now is 8 GB. You might want to consider getting 16 GB if you handle particularly huge files, or do a huge amount of multi tasking. 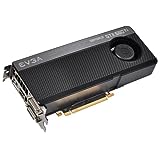 Graphic cards is perhaps were the biggest advances in computing power have happened as manufacturers have tried to administer to the needs of gamers for the most realistic and immersive games. Video cards nowadays have their own processor, known as the GPU, which comes with its own memory.

Again there are two main manufacturers of chips, Nvidia and Radeon, who are now owned by AMD. Nvidia cards were generally known to be better performers, but Radeon have aggressively priced their chips, so you can get higher GPU speeds for the same money, and they are definitely a worthy player in the field.

The graphic chips are then resold by various card manufacturers, such as EVGA, MSI, ASUS and others, who add video RAM and various sweeteners and sell the cards.

The naming of the different chips is extremely complicated, with various modifiers such as GT, GTS and GTX added, making the hierarchy difficult to understand. In the end I went for an Nvidia GTX 660 Ti card, although the AMD Radeon HD 7870 was a strong contender.

Note that I was getting this card for a gaming desktop, to play video intensive games. For normal computer usage (web surfing, watching movies) you might not need a graphics card at all if you get a motherboard with integrated graphics, which uses the CPU and RAM to carry out graphics tasks.

The motherboard (frequently called the mobo) is the main board of your computer, into which all the components plug in, and through which they communicate. It also has connections for the power supply and for various parts of the case, like the power LED, the fans, the HDD LED etc.

Be aware that different processors come with different numbers of pin, and require the correct mobo socket to fit. This is rather annoying because it usually means that you can't upgrade the CPU without also upgrading the motherboard.

The motherboard has a simple program onboard, known as the bios. This is the first program that loads when you switch on the computer, it checks that all the components are working properly and then loads the operating system (Windows) from whichever drive you told it to try first.

When you hear a short beep soon after switching on your desktop, that is the Bios signalling that everything is fine. If one of the components is not working properly, the Bios signals this with different beeps. Keep the manual that came with the mobo handy, so you can interpret what the different beep codes mean.

Different mobos differ in how much RAM they support, whether they allow overclocking your components, and in the number of ports they have for PCI expansion cards and SATA disks. However, in my experience most of them have more expansion ports than I've ever required. 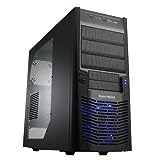 The Case, Drives and Other Bits and Bobs

You will need a computer case to house the components above. These come in several different sizes. I always found midtower cases to give sufficient room for housing my computer's inside. A good case will have a well thought out cooling system for getting hot air out of your computer. Sophisticated power users sometimes opt for water cooling, which is much more efficient, but you only need this if you go for very powerful high end components or are planning to aggressively overclock your setup.

Many cases nowadays are tool free, they almost don't need a screwdriver to assemble the computer. Another thing to look for is a good system for cable management, and good ports at the front that will allow you to connect external drives and other components without crawling under your desk.

You also need a power supply unit (PSU) to run all your chips. Make sure you get one that outputs enough power to keep your system stable. PSUs are not the most expensive thing inside your case, and saving a few bucks on them is not good economy.

You also need hard disk drives for storage of your programs and files. There is a serious choice to be made between SSD and normal HDDs nowadays. An SSD disk will make your computer start and load programs much faster than a SATA HDD, however they are expensive and have a small capacity. If you put an SSD disk in your computer, it will probably be enough to hold your operating system, and most used programs, but you will still need a standard disk to hold your files.