What is a Phablet?

There has been lots of speculation as to what a phablet actually is, and if there is even such a thing. Well, there is in fact such a thing and has been an idea of the large manufacturers for a while now.
So what is a phablet?
There have been a wide variety of definitions of the word "phablet" as most of them are completely misleading.
The definition that has been widely accepted by technology writers and tech industry professionals is the following:
Phablet Definition: Any tablet device that has a screen greater than 5 inches and carries cell phone capabilities.

You have to keep in mind that phablet as a phrase has not been yet adopted by most phablet companies, and it has not been ever made an official term.

The fact however is that phablet devices are here to stay and make impact on the ever growing smartphone market.

The pioneer in the phablet market and the company that has been driving phablet innovation is Samsung. Samsung were the first major tech company to create such a device with their Galaxy Note series. The device was a huge success and there was a Samsung Galaxy Note 2 being released a year later after the Note 1. Ever since the enormous success of the Note devices almost every tech company has been trying to get into the business of making phablets.
LG has been lurking around the corner and has been making moves to get into the phablet market as well. Their staple phablet device, the LG Omptimus G Pro has been compared to the Samsung Galaxy Note 2, and rightfully so. The features of the Samsung Note 2 and the LG Optimus G Pro are very similar and offer pretty much the same features as both of them are Androids and operate no differently from each other.
Other companies that have been getting into the phablet business include Sony, Lenovo, HTC and many more.

Will Apple Ever Make a Phablet?

Well, this has been the million dollar question tech enthusiasts around the world have been asking the most powerful tech company for the past year. Apple has yet to announce any new products let alone a new phablet device, as they seem to be sticking to the traditional phone and tablet markets with no intentions to jump into the phablet market.
This has been puzzling for many tech people as Apple would be missing out on a huge piece of the future technology business as the phablet market has been growing exponentially ever since the launch of the first phablet.
In the near future Apple might be able to squeeze in a phablet by making a smaller iPad mini and putting a phone functionality in it, however the general opinion of the experts is that it might be too late for Apple to even make a dent into the phablet market as Samsung has been monopolizing the phablet market for the past year and half. Apples inability to keep up with the latest phablet technology might be one of the worst moves the company has ever made as Samsung has reported to sell tens of millions of phablet devices the past year. These are mostly sales coming from emerging markets as Samsung set its sight on the major developing markets such as Asia where phablets are the next big thing. 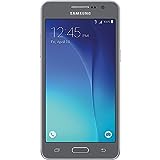 The phablet market has been growing with enormous rates for the past year and a half worldwide.Without a doubt phablets have been mostly popular in Asia where companies like Samsung and LG (as well as some smaller manufacturers) have been trying to take control of this gold mine.
Asia has been a very lucrative opportunity for companies to sell their latest phablets as there are millions of tech savvy customers that have great interest in purchasing phablets.
Western Europe and North America have also shown interest in phablets where Samsung is the leader in sales, as they are already established name in the phablet business. Middle East, Eastern Europe and Latin America are just warming up to the phablet market, and as phablets are expected to see higher sales as more devices enter the market.

Without a doubt the amount of carriers that will start offering devices such as Samsung Galaxy Note 2, LG Optimus G will grow domestically and internationally as more and more people are interested in phones with larger screens.

Phablets are expecting to dominate the smartphone market by 2016 as analysts project that by the end of 2016 over 400 million phablets will be shipped worldwide.
Just as a comparison, consider the fact that in the beginning (mid 2012) there were only about 25 million phablet shipments annually. In 2013 we are already seeing the large screen boom as already nearly 100 million phablets have been shipped worldwide.
As Samsung currently controls the phablet market, they will be raking hundreds of millions of dollars in the upcoming years from phablets and phablet like devices.
This expectations of phablet production do not include Apple, if the Cupertino giant starts making phablets, then we can estimate that expected shipments of phablets in 2016 can reach a record braking 600 million per year. 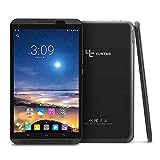 Just like any available device in the technology market today phablets are bound to be redesigned, remastered and redefined. However there will be one main factor that separates phablets from other devices and that is the screen size. Consumers have shown high affinity toward devices with larger screens and tech companies will answer appropriately.

The future looks bright for tech companies that are in the phablet market, as competition between the tech giants is just getting started.

Would You Ever Buy a Phablet?