What to do with Inactive accounts at Google, HubPages or Facebook - Futuristic Approach

How to Deal with Inactive Profiles

I think keeping old inactive accounts have same implications as keeping an inoperative Bank account. Bank's do not allow operations in the account without a request from the customer. However the balance in the account remains protected if it is more than negligible (prescribed minimum). Negligible balances become zero after a period of time due to application of charges. The banks mark the accounts inoperative as per uniform laws and procedures. Similarly HubPage, I think, will first announce the policy guidelines and thereafter make such accounts inactive in two ways:

1) Where the balances ( articles as Hubs) are below the prescribed minimum.

2) Where the balances ( articles as Hubs) are more than the prescribed minimum.

In the first case HubPages may like to delete accounts to clear its database of the undesired burden. The user may have to make fresh ID after passing through quality control tests.

In the 2nd case HubPage may like to maintain the Hubs of the account holder and transfer the user details to Inactive accounts. Such accounts may be allowed to be revived after passing through security questions.

However if a user expires/dies then I think the HubPages has not made any visible policy so as to transfer the Hubs to the legal heirs or successor along with revenue accruing in the account. In the virtual world I have not come across any such policies where while making Profiles one may be prompted to fill in the email ID, Name, address or mobile number of the nominee so appointed.

If such policies are framed than, I think, there may be provision to send an email or SMS to the appointed successor's (Nominee's) for his/her confirmation. After receiving the confirmation the Profile of the Hubber may show "verified nominee or successor" to the estate of the owner at HubPages.Moreover during the lifetime the hubber's account if the account has the tendency to become inactive due to hubber being incapacitated due to illness or otherwise then, I think, HubPages may provide the Hubber's account to be transferred in the name of a person of his/her choice in similar fashion as Blogger allows transfer of Blogs from one author to another author with 100% ownership and withdraws his/her ownership.

I published this article on 13th February, 2013 and today morning that is 23th July,2013 I was just reviewing my Google Account dashboard and my joy knew no bound when I found that the great Google had taken a clue from my article about How to Transfer Ownership of Web Content. Google taking cognizance of this article has introduced Inactive Account Manager, in which the following facilities have been provided:

Lo, the Facebook has also acted upon the advice of the author and introduced the Legacy Account feature in February 2015 though Facebook has acted in a partial manner by not allowing the facility to Indian Users. The author has sent the feedback and suggestion to facebook authorities for allowing the facility of Legacy Account to the facebook users throughout the world including India. The author will be updating the article immediately the feature gets introduced uniformly throughout the world without any discrimination.

Update from Author: Acting upon the feedback by the author, the facebook has also introduced the feature to make nominations in your facebook profile so that you get your answer to a million dollar question - "What will happen to my facebook account if I pass away?". Such account are named as memorialized accounts and this feature is not yet made available in India. Such memorialized facebook accounts are a place for friends and family to gather and share memories after a person has passed away. Memorialized accounts have the following key features:

Keeping in view the legality of the above, Mobile Service Providers will have to ensure and modify their processes as under:

The article will again be updated as and when the Mobile Service Providers collaborate with web service providers especially social networks and activate web based applications accessing the data base of the mobile service providers in a secure encrypted form.

Do you agree that surrendered Mobile Numbers should not be relocated 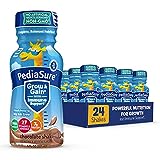 Question of inheritance will haunt every one, may it be Google Account, Facebook Account, Email Account, LPG Gas connection account and above all the Mobile Number as more and more web applications are asking for mobile numbers to activate the enhanced 2-step security. Mobile Service Providers or even Land Line service providers will have to make pre-arrangements to look into the future when the online data of Registrar of Births and Deaths, all over the world, will be connected with the online data of the person or individual taking birth or saying goodbye to the world. The author can foresee that immediately on birth the unique social security number or unique ID's like Aadhar Card will pre-populate the social profiles of the newborn babies which will be activated by the educational institutions and parents in unison as the individual will be under the direct supervision of the parents, natural guardians, guardians appointed by law or the preparatory, middle standard, high class school and universities till the attainment of maturity as per uniform law of the land. On attaining majority the individual will have independent and free access to his or her account and he or she may be allowed to link his or her own mobile number to ensure enhanced 2-step security even to keep his or her social or financial accounts free from interference by parents with exception available to the law enforcing agencies to screen the accounts for criminal activities. On death, if the individual dies intestate then all the legal heirs can claim access to social or financial accounts including mobile number of the deceased. However if the person has nominated a person as in case of inactive account manager introduced by the great Google, then even the Mobile Numbers should be allowed to be inherited by the nominated persons as in the absences of access to the linked mobile number the nominated person may feel handicapped to transfer the digital assets like scholarly articles, published eBooks and Social accounts including earning platforms on publisher platforms like Google Adsense, HubPages of his or her forefathers. In author's opinion the national governments need to have control over selling of any machines like smart phones, laptops and tablets, which can have IP Address, to individual with valid social network identity so as to make the virtual world free of dangers posed by unethical users of such gadgets.