Why Do People Love Youtuber, Markiplier?

Most of Markiplier's videos on youtube are him playing video games and reacting to them. Lots of people play video games on youtube. It's a genre called "Let's Play!" Markiplier is one of the most popular Let's Players out there.

While it might not be fun to watch a stranger play a video game in most cases, there are certain things about Markiplier that make him very entertaining to watch.

#1 Markiplier Is The King Of Five Nights At Freddy's

Five Night's At Freddy's, if you've never heard about it, is an Indie Game Series, where you play a security guard trapped in a pizza place at night. It has animatronics in it that entertain the kids during the day, a lot like Chuck E. Cheese's, but they are haunted and come to life at night. They're trying to kill you and you only have limited resources to protect yourself with.

This is why most of us (including me) became a fan of Markiplier. We heard of Five Night's At Freddy's, but we were either too big of cowards to play it ourselves or wanted to learn from someone else how to beat it. Markiplier is the person to watch.

To be an entertaining Let's Player on youtube, you don't necessarily have to be good at playing video games. In fact, Markiplier is bad at a lot of them, but this is the exception. He's beaten every Five Night's At Freddy's Game, walked us through the process of him figuring out how to beat them, and did so almost before anyone else. That's how he got the title "King Of Five Night's At Freddy's"

I always got excited when a Five Night's At Freddy's Game was being released. I'd watch his channel and watch every video update he had for each game. After awhile, I started watching his other videos and realized he was entertaining in a variety of ways.

Markiplier plays a lot of different types of games. Everything from horror to light-hearted to dark to rage games. Watching him react to all the games he plays is half the fun.

The great thing about "Let's Play!" is it feels like you are sitting on the couch with your friend and having fun with them as you two play video games together. It feels more friendly and personal than regular T.V. A lot of it is because of his reactions to things. He wants the audience to laugh and connect with him.

#3 He Plays Games That People Don't Want To Play

Markiplier plays a lot of horror and rage games that I would never want to play, although I enjoy watching him play them.

There are games like "I am Bread", "Octodad", and "Surgeon Simulator" that have very wonky controls that are hard to use, which induces rage in anyone who seriously tries to play them. There are also games like "Unfair Mario" that take everything you think you know about Mario and flip it upside down without explanation (like allowing you to walk on spikes suddenly on one part of a level, but on another part spikes come out of a platform and kill you when you otherwise looked safe.) I play video games to relax, not frustrate myself. Markiplier doesn't care. He'll play a video game until he is red in the face and trying to destroy his controller out of frustration just to entertain you.

Markiplier has a lot of fun playing his video games and you can tell. He has no problems being ridiculous (when the video calls for it) and just goofing off. He can make you laugh when you are having a bad day. He certainly has made me laugh in that scenario before.

Markiplier does not play mainstream games like "Mass Effect" or "Skyrim." He plays indie games that he finds that are interesting, cool, or special in some way. Because of this, watching Markiplier can introduce you to a lot of new video games that you otherwise would never have heard of. He also gives a lot of exposure to indie game developers who need funding by playing their games that are too specialized or unique for any major game publisher to look at them twice. He's helped fund a lot of indie developers who were desperate for money to finish their game by promoting it in his videos and providing links to their Kickstarters.

#6 He Has A Positive Attitude About Everything

People who have watched Markiplier for a long time have seen him go through a lot of stuff. He's talked about the death of his father (in his story about his life video.) He's been hospitalized and needed surgery because of his stomach (he still can't do certain things like drink alcohol because of it.) And he even lost one of his close friends that he worked with in a lot of videos (who had a youtube channel of his own with his friends) because of suicide.

But he always tries to be real with his feelings, positive, and encouraging in his videos anyway. It's nice to watch someone with such a good attitude and outlook on life.

He regularly raises money for charity. He hosts live stream events all the time where he plays video games live and encourages people to donate to places. He usually gives out prizes and other gifts to people as well during it. He's so popular and he's driven so many people at once to charity sites before that he's accidentally crashed some sites who weren't ready for the large outpouring of people and donations.

#8 He Cares About Helping People With Depression

This game was a very dark game that ends in a suicide. It can be hard to watch, but Markiplier took this moment (before he even had a friend who had committed suicide) to talk about depression and suicide. He wanted to encourage people.

The thing about Markiplier and his community is that it's very uplifting. They want to help people and make people happy. He seems to consider it one of his greatest purposes and I agree.

He's gotten me through some really lonely times and helped me remain more positive during them.

#9 He's Grateful To His Fans

As you can see in this video, he's getting emotional watching all these fans who love and appreciate him. He seems to reciprocate the feeling.

#10 His Voice And Appearance

Markiplier has a very deep and distinct voice that a lot of people find attractive. A lot of people have crushes on him as well, due to his appearance. Most of these people are teenage girls that refer to him as the pet name, "Markimoo." He calls himself this name as well sometimes.

This video of him doing the "World's Quietest Let's Play" became really popular. He whispered very closely to the microphone during it and a lot of people enjoyed the sound of it, some people even finding it seductive, if you read the comments.

It might sound weird at first-the idea that people can watch and enjoy someone playing video games, but once you start doing it yourself, you'll probably understand why after awhile. Markiplier is one of the Let's Players I would recommend watching the most because he's a good guy and he has a lot of very different games, so you're bound to find something you'll enjoy. 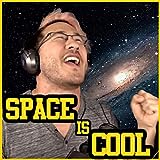 I was addicted to listening to this song from the first moment I heard it. I like singing along with it.