I was born in 1948 and spent most of my career as a self-employed computer trouble shooter for Unix systems.

I hope you didn't erupt into laughter and spill coffee all over your keyboard when you read my title. I certainly hope you didn't snort hot liquid out your nostrils, either.

Yeah, we've all had a good laugh and now I should take that back and say I didn't mean it and next time you'll be sure to put your coffee down before visiting any of my pages again.

Except I'm not going to take it back. I'm deadly serious.

But I'm not the only one.. John Lennon was talking about world peace and the end of religion. You might be easily forgiven if you assessed Microsoft's chances of going belly up as only slightly more likely than what that song imagined. Heck, you might be forgiven for thinking it's even less likely!

But I am serious, and I am not the only one. Try this: Google (or Bing, for now anyway) "Will Windows 8 kill Microsoft" in quotes. I got a bit over 31,000 results. This is a serious matter.

Why? Why do I and quite a few others see Windows 8 as dangerous?

One simple sentence really sums it up: Microsoft itself sees Windows 8 as its only hope.

The Cloud and the darn tablets

Cloud computing has Microsoft sweating bullets. That, and tablets. The two together are very scary stuff if you are a Microsoft executive.

Google Docs is a good example of cloud computing and it is one that is aimed square at Microsoft's bread and butter: Microsoft Office. As I write this, Google and Microsoft are both bidding on a contract with IBM. If Google wins that, Microsoft loses out on a lot of Office license sales.

But even if Google doesn't win this time, IBM did consider their bid. That means that Google could win next time and it also means that other companies will at least think about going with Google rather than Microsoft.

That's bad enough, but it gets worse. If you are using Google Docs, why would you need a Microsoft operating system? You don't - Mac or Linux will do just fine. Microsoft is already slowly losing ground to Linux in the business server space and losing home desktops to Apple. Losing the Office applications market would only accelerate that trend.

Desktops are losing out to tablets and smart phones, too. Microsoft killed its own tablet, providing an excellent example of how big companies can eat their own young. But that doesn't mean Microsoft doesn't see the threat. Many home users are discovering that their smart phone and a tablet are all they really need. It's not just home users: I know of businesses where sales people get iPads, not desktop computers. Tablets are a big threat to Microsoft.

Windows 8 is a tablet operating system. Well, that's silly, because Microsoft doesn't make a tablet, but it's easy to see that its purpose is strongly oriented toward tablets.

Look at this screen shot. That's Windows 8 running on my Mac under Parallels virtualization.

Those tiles just begged to be swiped. Not only that, but many of them are updating themselves from the Cloud. Microsoft sees the future and Windows 8 is their way to get there.

There are just a few teeny, weeny problems that could get in the way..

They killed that, remember? But so what? There's no "Microsoft" computer - other people build the hardware and Microsoft sells them the operating system.

Microsoft is very late to market.

Do you want that interface on your desktop?

Those people will hate Windows 8.

Developers may hate it more

You see, Windows 8 developers have been told that their years of hard gained knowledge in Windows development is about to go away. The skills they'll need for Windows 8 are HTML5 and JavaScript.

Coincidentally, those are handy skills for iPad and Android and Kindle.. which are already selling and already have millions of users. So, you are a developer and all your old skills just got tossed out. Pull in that belt buckle and learn the new ways.. for what? For Windows 8? More likely that many will just move to where the money already is. 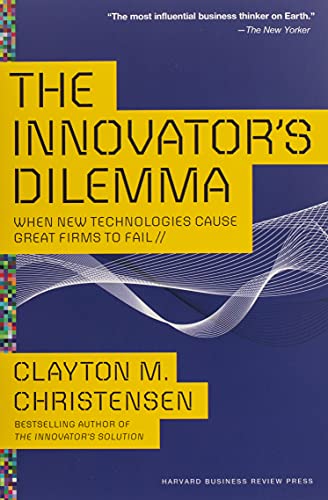 The Innovator's Dilemma: When New Technologies Cause Great Firms to Fail (Management of Innovation and Change)
Buy Now

At the end of the day

Sure, Microsoft might pull this off. Obviously they think they can, and maybe they really are "too big to fail". It's also obvious that they really have not much choice - they need a piece of the mobile market and they aren't going to get it with Windows 7.

But is it really necessary to make desktops and tablets identical? Apple hasn't done that - they do seem to be moving in that direction with Lion, but Lion is distinctly different from IOS 5 (that's what runs their iPads and iPhones).

Maybe seeing Apple hint about merging IOS and Lion is what makes Microsoft think they need to get in the first punch and beat Apple at their own game? If so, I wonder if those Apple hints will turn out to be the most clever thing Apple has ever done. Maybe they want Microsoft to ruin its desktop and let Apple be poised to sell to millions of disgusted ex-Microsoft owners?

I don't know. I do know that Windows 8 is a big risk and I bet Microsoft knows it too.

Ray Ozzie was one of the top people at Microsodt.

His recent take on Windows 8 is very telling:

"In any industry, if people look at their own needs, and look at the products and say, 'I understand why I had it then, and I want something different', they will not have as good a future. It's too soon to tell."

Another update is "Fear and Loathing and Windows 8 (Or: Why Windows 8 Scares Me -- and Should Scare You Too)" which is an in-depth look at everything that might very well go wrong.