Why the Apple iPhone iOS is better than Android OS

Why is the Apple iPhone iOS is better than the Android OS? Here's some really great reasons why.

Apple controls the hardware of their iPhone. Whether it be the original iPhone, the 2, 3, or 4, they know exactly what processor, memory, screen and apps will work with iOS versions. This cannot be said of Android devices.

I have received much criticism stating that the processor in the iPhone 4, 4S, 5 and 5S is indeed made by Samsung. And that is absolutely correct. But what others have not read is that I stated that Apple controls all aspects of the phone. They know that the Samsung chip will work with their version of the OS as well as the memory, etc. And for some who think they're smart, because they like Android devices, read the next paragraph below.

Android is an OS (Operating System) which is installed on several different devices manufactured by different companies. Samsung, HTC, Motorola, etc. all sell phones with Android. Here, you see fragmentation across the board. Not always will a specific version of the Android OS work with a device. The phone can have different sizes of RAM, different processors and different speeds of a processor which leads to older phones unable to keep up with updates in the Android OS.

If Apple is no longer going to support an older phone, it will not make an OS available on a device knowing that it could bog it down.

iOS just works with iPhones. What does this mean? If you had an Android device and want to upgrade to the most current OS, you could, however, there is no guarantee that will work with your phone's processor and memory. This is the big issue.

And what happens when there is an upgrade? Sometimes something is broken in the process. Ice cream sandwich, gingerbread, eclair That's hard to know which version is what. At least with iOS, you know immediately by the number.

Because Apple knows their device, since they control their hardware and software, there is less fragmentation when compared to Android devices. Just because a new OS is released on Android does not guarantee it will work with your device. Different phones have different RAM and processors and even storage.

I'm not saying that iOS is free from crashing. However, I've owned an Android device and it would crash without me doing anything to it. I was not launching an app......zip....nada. Just the great message saying I need to force quit. I rarely experience this on iOS.

That's right! There are a ton of more apps available in the iTunes App store vs. Android Market (Google Play). Not to mention, the quality of the apps are by far way better. Also, because of the broad user base, app developers tend to design their products for iOS and Apple devices before Android.

It seems as though Apps which were designed for iOS never really translate well when going to Android. I've had the following apps which never really had the same user experience compared to iOS: Yelp, Facebook, FourSquare, Instagram, just to name a few.

You decide on this. However, having a "closed" ecosystem and not being "open source" like Android, in my opinion is better. You get less malware, viruses, potential hacking, and other bad things happening to your phone. If you love to hack and change a ton of stuff in your phone, then iOS is not for you. You should stick with Android. But for something that will just work out of the box, iOS is definitely better.

You can "brick" an Android device, and it will be just that, a brick. Go throw it away. Because there's no recovery you could do if you just so happen to stupidly hack enough to write over a portion of the memory of the phone. With an iPhone and specifically iOS, if this should ever happen, you can go into DFU (Device Firmware Update) mode and restore iPhone to original factory settings.

No need to worry about updates

It's all a game for updates if you own an Android device. When will you get it? Will your carrier provide it? Who knows? With iOS, there are updates available for all devices. It's not a matter if the carrier will provide it, you automatically will get it once the update is released.

You don't need a GMail Account to get up and running

That's right! You don't need to create a GMail account just to use your phone. It's required for Android, as it's ecosystem depends on everything being synced in the cloud. You do not need an iCloud account to use your iPhone.

There are a ton of accessories available on the iPhone. Whether you need a leather case, hard case, soft case, neoprene case; docking stations, chargers, computer chargers, keyboard, stylus, you name it, they got it available for the iPhone.

I'm neither an Apple "Fanboy" or an Android "Phandroid." Just thought that sharing the opinion on why iOS is better than Android as a whole. Comments and criticism are definitely welcomed! 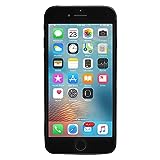 What OS do you have on your Smartphone?