What is wind energy?

Wind energy can be considered as a form of solar energy. It is caused due to the uneven heating of Earth’s atmosphere by the Sun. The air near the earth surface gets heated up and moves upwards and the cold air replaces it. The motion of wind is affected by the rotation of the Earth and its geographical variations. The kinetic energy of the wind can be utilized in power production.

Over view of operation

Wind turbines are now primarily used for Electric power generation. The simplified operating principle of a wind turbine is as follows:

Ns = Speed of the rotor in rpm.

F = frequency of the output power.

The speed of wind generally increases with height. It is calculated that the wind at a speed of 26 mph contains 1 kW per square meter of cross-section. That is more than 1.3 horsepower. The output power of a wind mill depends upon the following factors:

The area swept by the blades of the turbine.

The Speed of wind

The wind density of air

The output power of a windmill can be given by the following formula:

A - The area swept by the blades of the turbine.

d - The wind density of air.

Parts of a wind power plant

Parts of a wind power plant

A wind power plant consists of the following parts:

In a Horizontal-axis wind turbine (HAWT), the main rotor shaft and electrical generator are mounted at the top of a tower. Most of the turbines have two or three blades rotating around a horizontal axis. Horizontal axis turbine is provided with yaw control in order to keep the turbine always pointing towards the direction of wind. 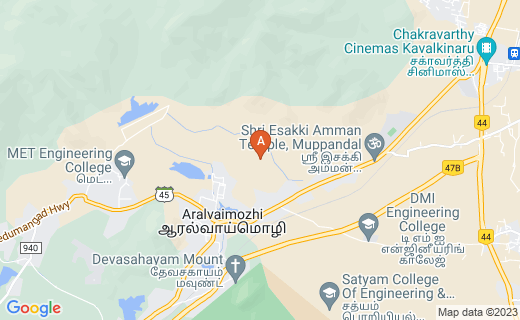 The largest wind farm in Asia is Muppandal wind farm in Kanyakumari, India. It has the total generating capacity of more than 1500MW.

The turbine is coupled with the generator shaft through coupling gears. These gears are used to multiply the rpm of the shaft in order to match the rated rpm of the generator.

Permanent magnet Synchronous alternators are widely used in wind power generation. This type of alternators has permanent magnet in its rotor. They have a very high efficiency (up to 90%). When the shaft of the alternator is rotated, due to electromagnetic induction, emf is induced in the stator of the machine. The output of this type of machines is alternating in nature, having its frequency varying with the speed of rotation of its shaft. Therefore the output of the alternator is rectified and either stored in batteries or again inverted and supplied to the grid.

Brushed DC generators are used only in home wind turbines. It has very poor efficiency. Output is DC and it is stored in batteries.

Nacelle covers the key components such as generator, gear box etc. It protects them from external environment.

The whole set up of turbine, generator, gear box, control equipments are supported by huge towers. As the speed of wind increases with height, the heights of the tower are usually more than 30 meters.

Advantages and disadvantages of wind power