Without the rise of Social Media, phrases like YOLO would not exist. YOLO is one of those flash in the pan type trending phrases that as soon as people think it is cool to use, peer pressure is already telling everyone it is uncool.

The strict definition of YOLO is "You Only Live Once", however its social meaning implies something more as it is used to give an excuse for some crazy or stupidly fun behavior. As such, it is often used in a sarcastic way. An example is of use that went viral is the case of Collin Hanley who received a detention slip for throwing a sandwich across his classroom whilst shouting YOLO.

However, as mentioned previously no sooner as it rose to popular use, it took on a further connotation used to refer to those who used YOLO in a negative way. This usually took the form of a meme depicting the consequences of the actions of the first meaning of yolo as described above. One well known example is a girl holding a positive pregnancy test with the words "YOLO".

Whilst the word YOLO was first used on Average Joe, an NBC reality show, it was not until the 23rd October 2011 that singer Drake posted a tweet:

You only live once... YOLO

This was accompanied with a picture of himself on the balcony. Just one month later Drake took advantage of this surge of popularity by mentioning YOLO in a song:

You only live once: that's the motto nigga, YOLO

Whilst the word YOLO was mainly popular on Twitter, its usage in other circles not so much. It didn't take long for a backlash against those using the word YOLO, and against those posting YOLO memes on the popular site Reddit. This picture below sums up the growing sentiment perfectly. Its only a matter of time before a new "fad" starts, and this disappears into the fringes of online culture.

Check out these YOLO products 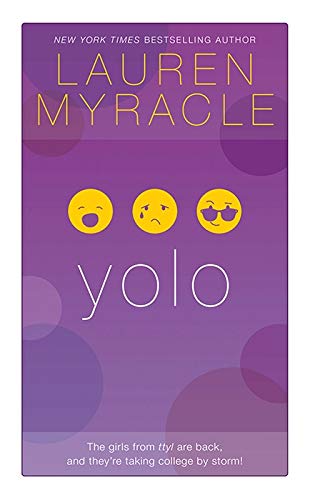