The Most Outlandish Computer Comparison Ever!

Bloat. If you think that Americans are getting fatter, take one good look at the operating system (OS) your computer is running right now. It gets larger and more weighed down with every update. We are in the third decade of global personal computing, and have we really progressed that far?

Let's go back to the dawn of personal computing and grab an old sentimental favorite, the Apple Macintosh Plus. The Mac Plus is an icon of the '80s along with padded shoulders, big hair and Devo. It seems that we all had a little Mac, either in our college dorm room, in the upstairs bedroom, or on our office desk at some time. With its tiny 9-inch black & white screen and all-in-one packaging, the Mac Plus is a computing relic in the days of widescreen LCD monitors and dual- and quad-core systems.

However, to run these state-of-the-art PCs, we need to install one of the latest OSs. And that's where we run into trouble. Most people today have either Windows XP or Vista on their PCs. These OSs are modern, possess virtually infinite capacities and can run any of the most modern software. With the greater functionality comes size.

The generally recommended configuration for a Mac Plus is System 6.0.8. This is an OS that needs a legitimate minimum of 1 megabyte of RAM to be able to multitask, connect to a network, print, display WYSIWYG in millions of colours (on modular Macs), as well as run a reasonable GUI. Those are functions that usually require at least 500 times more memory under Windows XP and 1,000 times more memory under Windows Vista.

When we look at OS hard disk requirements, we find similar discrepancies. System 6.0.8 requires 1MB, Windows XP requires 1.5GB and Windows Vista 15GB. Yes, Vista needs 15,000 times the hard disk space as System 6.0.8. In simple text format, you can write 175,000 words in one megabyte which is the size of System 6.0.8. That works out to about two full-length novels. Windows Vista demands enough real estate on your hard drive that you could easily fit 30,000 full-length novels into it.

System 6.0.8 is not only a lot more compact since it has far fewer (mostly useless) features and therefore less code to process, but also because it was written in assembly code instead of the higher level language C. The lower the level of the code language, the less processing cycles are required to get something done.

We decided to splurge and fit the maximum possible 4MB RAM into the old Plus. After all it was going up against AMD with its 2x512MB RAM for a total of 1,024MB or 1GB. That's about 250 times more memory than the Mac.

The Mac was fitted with an external SCSI 40MB Hard Drive. The AMD had an internal IDE 120GB Hard Drive with a 3,000 times greater data capacity. Both drives were under 10% filled.

In order to keep the hoots and hollers of "unfair comparison" at a minimum, we designed the tests to be as fair and equitable as possible. There was no point running PCMark or Sandra Sisoft-type benchmarks on the two computers as the AMD would have the Mac for lunch. We focussed on running tests that reflect how the user perceives the computing experience. After all, most users don't know or care whether their computer has a 65nm dual-core CPU or a tiny midget wizard squatting in their cases. All they care about is how it works and how quickly it does the tasks we most often ask it to do. And no, we didn't include processing-heavy modern software like Photoshop or Crysis! We selected very basic everyday functions that were performed equally by the 1980s and the 2007 Microsoft applications.

Since the tests involve both different computers and different versions of software, it was important to design the tests to have as much consistency as possible.

1) Test timings were performed by a single person.

2) All of the tests were performed on the latest and most effective OS configuration. For the Mac Plus, that was System 6.0.8. For the AMD that was Windows XP Professional SP2.

3) All of the tests were performed with a generally recommended amount of RAM for the OS configuration. For the Mac Plus, that was 4MB. For the AMD that was 1GB.

4) All of the tests were done on original spec systems, therefore the hard disks were freshly formatted, the OSs just installed and no third party software beyond the standard Apple and Microsoft installations.

5) All of the tests were performed with only that single application open. Nothing but background and OS tasks that are part of a standard install of either OSs were running. The computers were not connected to the Internet or a LAN.

6) All of the tests were measured to within 0.1 second.

7) Each tests was performed at least three times per test per machine and the times averaged out.

The tests themselves went off flawlessly. Neither computer crashed or misbehaved in any way. They just did what they were asked, regardless of the technolgical advancements (or lack thereof) inside the case.

We didn't try any Web Surfing since the only browsers that are supposed to work well on the Mac Plus are Mozilla 1.2.1, Mozilla 1.3.1 and early versions of WannaBe and iCab. We thought that surfing the net on a b&w 9” screen would be a bit of a bummer, so we skipped it. However, there are some die-hard enthusiasts that are doing just that!

Then again there were various ways, including the Power R Video Driver Cable and various external dongles, which would let you connect all sorts of large external monitors to the Mac Plus. I remember lugging huge 80 lb. Ikegami 24” b&w monitors up and down stairs as they were the preferred screens for the later compact Macs like the SEs an SE/30s of publishing art departments around 1990. The photo of the monitor here is of a Hitachi 21” which was the biggest one I could find. Just picture that the Ikegamis were much bigger even than this monster! I guess that's why I still have a bad back!

We ran a variety of tests on two major software applications. The AMD got Word and Excel from Microsoft Office 2007. The Mac Plus got Word 3.01 and Excel 1.5. Yes, we know that these software versions were released one and two years respectively after the 1986 Mac Plus. But we just couldn't bring ourselves to run the earlier and hopelessly buggy versions.

Microsoft Word is the single software application most often used by people around the world. The tests that hold the greatest relevance to everyday office and personal use of Word are the most basic ones: Application Launch, Find & Replace, Open File, Pasting, Saving, Scrolling, Typing and Word Count.

With Excel, we concentrated again on the most repetitive and common tasks. We chose: Application Launch, Arrange Windows, Autoformat, Fill Range, In-Cell Editing, Scroll Vertical, Subtotals and Zoom Out. Most users use relatively small spreadsheets so we used a 640 filled-cell format.

Just for fun, we thought we'd throw in a Boot timing as well, just to see how long the OS takes from the time the button is pushed until the desktop is ready to use.

Check out the results! For the functions that people use most often, the 1986 vintage Mac Plus beats the 2007 AMD Athlon 64 X2 4800+: 9 tests to 8! Out of the 17 tests, the antique Mac won 53% of the time! Including a jaw-dropping 52 second whipping of the AMD from the time the Power button is pushed to the time the Desktop is up and useable.

We also didn't want to overly embarrass the AMD by comparing the time it takes to install the OS vs. the old Mac. The Mac's average of about a minute is dwarfed by the approximately one hour install time of Windows XP Pro.

Is this to say that the Mac Plus is a better computer than the AMD? Of course not. The technological advancements of 21 years have placed modern PCs in a completely different league of varied capacities. But the "User Experience" has not changed much in two decades. Due to bloated code that has to incorporate hundreds of functions that average users don't even know exist, let alone ever utilize, the software companies have weighed down our PCs to effectively neutralize their vast speed advantages. When we compare strictly common, everyday, basic user tasks between the Mac Plus and the AMD we find remarkable similarities in overall speed, thus it can be stated that for the majority of simple office uses, the massive advances in technology in the past two decades have brought zero advance in productivity. 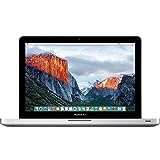 Check out hundreds of Hal's PC Technology articles in these categories: