Daniel Lanois is perhaps one of the most creative musicians of the last few decades. He maneuvers sound to serve atmospheres; his songs are aural pieces of film, etched with razor-sharp guitars. Paradoxically, he's better known as one of the most successful producers of his era.

So you're in for a ride into his world. I'll show you some pictures, wonderful videos and I promise you'll change your perception of this artist.

The Maker - Perhaps his most covered song 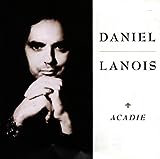 Acadie
This beautifully textured album sparkles with atmospheric, bluesy, folky songs like Still Water, The Maker and Where The Hawkwind Kills. Other songs such like Jolie Louise and Under The Stormy Sky, a mixed of French & English ballads, are influenced by the Cajun style. The album ends with a subdued rendition of Amazing Grace. What an exquisite masterpiece!
Buy Now

This song was never released, and missed the cut twice, for both Acadie and Wynona. I really love this song, it takes me back to Quebec city, right there in the Plains of Abraham, where the battle took place, where I used to play the Acadie album in my walkman.

From the window on the Fleuve St. Laurent
many sails are blowing over Fleur de Lis
And it's no surprise to us the gentils gents
that the British have come now for Acadie

Oh no, no, Francine don't cry
Dry your eyes for I must go
And we fought them on the General Montcalm
as they climbed up to the Plains of Abraham

Our lives are shattered by the rush
of the redcoats forward thrust
With the guns they pounded the blue sky to black,
and the farmers fought with the swift blade in hand

When a bullet hit Montcalm in the back,
we had lost our leader run straight from command
Oh no, no, Francine don't cry
Dry your eyes for you must go

On a ship that sails away toward your land,
I'll soon be with you in Louisiane
In the dust I lay with no feeling in my place,
and my friend is looking very hurt there in the dirt,
with a bloodied-soldier shirt

Oh no, no, Francine don't cry
Dry your eyes for you are now
Far away from land of Acadie
in Louisiana where we will be free

and some unreleased tracks

This edition includes the classic album plus six unreleased tracks from the vault. The package holds the CD, a 32 page bound book of photographs and new inscriptions.

13 The Maker (early bass and lyrics)

18 The Source Of Fisherman's Daughter

Let's Go Back In Time

The Hamilton Spectator published a 3-part article on how Daniel started his life as a producer and guitar player. The articles were written by Jon Wells.

These videos add up to that story which is told by his brother Bob Lanois and his childhood friends.

For The Beauty of Wynona - Perhaps his most complete album 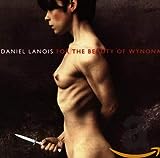 For The Beauty Of Wynona
This album is more complex, musically and lyrically, than his previous allbum. It impresses with gems like Lotta Love To Give, Sleeping In The Devil's Bed and The Unbreakable Chain. The production is magical, with atmospheric instrumentation, including evocative keyboards, backing his soulful voice. This is a memorable album and Lanois remains truthful to his heart.
Buy Now

Shine On! - Music from the album Shine 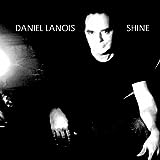 Shine
This is a brilliant album. Such great texture and warm sounds. The songs go from ambient, acoustic rock, country and blues at times. My favorites were the quiet Sometimes, Shine, and San Juan. This record delivers on every single track. Don't be surprised if you find out that Lanois is responsible for a quarter of the music you love.
Buy Now

Radio Interview with Daniel - More about the album Shine

Recording at a radio show Morning Becomes Eclectic in 2003 with Nic Harcourt. Lanois and Mother Superior perform in the studio songs from the album Shine.

Here Is What Is - His Latest Album

"Here Is What Is" Marks The First CD Quality Digital Download Album Release.

"Here Is What Is" Track Listing:

The entire catalog of solo work, including Here Is What Is, is available at www.redfloorrecords.com.

A Rare Box Set - Here Is What Is on eBay

Two disk set includes the CD and deluxe DVD with over an hour of extra footage, including alternate versions of songs from the film, a 12-page booklet with photos and lyrics. Three 5 x 7 photographs. Also included is an exclusive 'Here Is What Is' debossed Moleskine Cahier Notebook. Limited to 3000 copies.

Here Is What Is
Here Is What Is features a collection of beautiful and powerful new songs. From the inquisitive Where Will I Be to the emotive sounds of Lovechild. This record is a sonic journey that captures the signature musical sensibilities and virtuosity of Daniel Lanois. The album also includes philosophical and inspiring conversations with Brian Eno.
Buy Now

The Pedal Steel Guitar - His Little Church in a Suitcase

"Part of the appeal is that it's not an easy instrument to float with. You have to be dedicated, and thus not a lot of people can play it, because it's much easier to just pick up a keyboard or guitar. You can get some kind of quick gratification from those instruments as a novice, but the pedal steel won't work. You've got to put in the years." 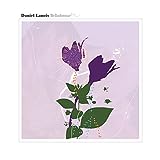 Belladonna
This is a sonic journey of kaleidoscopic textures that evolve into delicate Mexican melodies and capture the serenity of American southwest landscapes. The Pedal steel guitar and ambient sounds are the stars here. Some tracks, like Flametop Green, Panorama and Desert Rose are examples of beauty and perfect execution. Absolutely essential listening.
Buy Now

Is it really a bootleg?

It was recorded live in Toronto, Canada, April 1993 at Intimate & Interactive, MuchMusic studios and CBC. MuchMusic is a Canadian cable channel for music videos, similar to MTV. The label is Big Music (Italy) - BIG 063 and it was distributed by CD Music.

One night Lanois was signing autographs after a concert, and a fan gave him a copy of Cool Water. He wrote "This is a Bootleg", stamped his signature and smiled.

Yes, this is elusive track 9 from Cool Water. It has a Celtic feel to it. Any resemblance with Sonho Dourado?

This track was released in 1993 as part of a promo album called Trip. All pieces were instrumentals, many of them became part of later released songs. This particular track is one of Lanois' most beautiful instrumental songs he's ever made.

Under The Influence of Jimi Hendrix

In his younger years, Daniel used to play guitar and practice in his room, constantly. He used to listen to Jimi Hendrix records. Those records really made an impression on him and they still do. He thinks Jimi's probably the best guitar player that there ever existed. He was asked recently who he would choose if he could work with anyone living or dead, Lanois didn't have to think long before naming his choice: Jimi Hendrix.

Lanois included a version of May This Be Love in Emmylou Harris' The Wrecking Ball. In 1995 at a concert in Seattle, he performed this song with his band. Check it out:

One of My Favorite Tunes from Daniel - Sonho Dourado

The Suzuki Omnichord was introduced in 1981. An electronic musical instrument, it features a touch plate and chord buttons, making it very easy to play. Beginners can immediately start playing in tune, while professionals often use the instrument as tool to help map out and shape songs.

Lanois had his Omnichord modified to get different sounds and effects. The built-in sounds, while poor imitations of real instruments, have a certain charm of their own.

Besides using the omnichord in his early records such as Acadie, For The Beauty of Wynona. He also included it in these songs:

"I've known Brian for 15 years and he's like a brother. We always work best when we haven't played together in a while. Then we share our new knowledge together. But he has many layers to his personality and a darkness to him that you don't meet the first time, because he seems very sweet. And Brian is driven by all these layers." 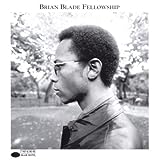 Brian Blade Fellowship
"Simply put, this is one the best jazz albums of the last few years from one of the best bands of the last few years. Drawing together many different influences, the music here has many rich melodies and textures that proves a current band can create something as beautiful as any of the classic Blue Note albums of the past." -Michael Brumitt
Buy Now

Daniel and His Motorcycle

Daniel hardly ever drives a car. A motorbike, usually a modified BMW, is his main way of getting around Los Angeles and Toronto. He also take the occasional trip to Mexico with close friends.

Unfortunately, Daniel had a near-fatal accident in June 2010, nonetheless he recovered well and was able to tour with Black Dub and finish Le Noise.