My first internet experience was back in 1997, a few years after the internet was made accessible to the public. I had always been fascinated with computers. I took a couple of computer classes in college and had fun with the Apple II computers they had in the lab. I even found word processing fascinating at the time.

When the internet became increasingly more popular, I could no longer resist buying my own computer and getting online. My first computer was nothing to write home about. It was a used generic desktop PC that I purchased fom an acquaintance who sold used computers. I paid $600 for the PC, monitor, and a printer.

I was so excited when I brought the computer home. I just couldn't wait to set it up and start surfing the web! The setting up was quite easy but I couldn't get online just yet. I had to call the service provider (ISP) and establish a dial-up service first. Luckily, that didn't take very long. I was to able to get online within a few hours. Yay!

You wouldn't believe what happened next. I found out that the monitor was busted. It was so fuzzy and had black horizontal lines running through. Needless to say, I was irritated but still managed to go on the World Wide Web for a few moments to get a first taste of it, if you would :) Even with everything blurred I found the internet quite amazing. I went to exchange the monitor the following day, and my real first internet experience began.

I know I said it was nothing to write home about but I wanted to mention a few of the specifications and features just to give you an idea how far technology has advanced.

The used PC had a 75 MHz Pentium processor, 8 Mb of memory, 1 gigabyte hard drive (more on this later), a 14.4k modem, and was running Windows 3.1. Windows 95 had been out for a couple of years but the guy told me it would have cost me a lot more to buy one with the newer operating system.

Well, it served the purpose to surf the internet. Or so I thought.

Compare that computer to some of today's computers below and see how far we have come :) 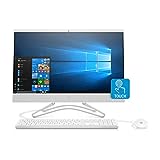 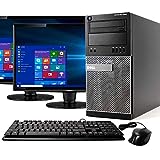 One of the first things I had to do was set up my email account. I had to call the ISP with my user name. At the time I only had one friend with an internet connection, so he was the first person I emailed. Yeah, that was pretty exciting :)

Then I went on to surf the web using the Netscape 2.0 browser that came with the PC. I don't recall what the home page was, but I remember seeing 4 different search engines every time I went online, namely Yahoo, Lycos, Infoseek, and Looksmart. So I would pick one of them as a portal and type in the things I was interested in to see what all came up.

A web site was something really amazing to me because I felt like I was able to interact with another computer in a far away land. I was like a kid in virtual Disneyland. In fact, that was my perception of the internet. Visiting different "attractions" around the world from my living room was the most exciting thing.

I was hooked on the internet. Remember, I was using dial-up service, so I was tying up my phone line which upset many of my friends because they always got a busy signal every time they tried to call me. A while later I got myself a cell phone as a back up which helped.

Well, I soon realized that my computer didn't really live up to my expectations. Even at the time it was a little outdated. First, it couldn't play music and I couldn't hear any sound that was on certain web sites. I later learned that it was because it didn't have a sound card! The graphics also looked bad. Often times I couldn't make out the pictures on some web sites.

So I went to a computer store to get those fixed. They offered me a Sound Blaster package that included a sound card, a CD ROM, a pair of speakers, and a better graphics card. I was naïve enough to ask them if it could play MIDI (most online music was in that format back then).

How long have you been using the internet?

How long has it been since the very first time you went online?

More experiences with computer and the internet

I had another concern, which was the amount of space on my HD. I remembered seeing it had only 5 Mb left. So I mentioned that to the technician to make sure there was enough space to install all the new stuff.

He was a bit surprised and asked, "Can you clean it up?"

I told him I didn't know, that was the way I got it. He said he would take a look at it and see what he could do, and would call me if there was a problem.

When he called he told me everything was all set, and I could come pick it up. I asked him about the HD space and he told me it wasn't set up correctly and hence, displaying the incorrect number. I had almost a full gigabyte of space in there but he could fix that if I was willing to pay extra. It wasn't that much, so I consented.

I was so excited to now have a computer that could play sound and music. But you know what? Most of the time the browser would crash and I would lose the internet connection once the music started playing. That was a real bummer. So I called the computer store but they told me they did everything properly as far as installing the sound card. If I wanted them to diagnose and fix a different problem I would have to pay them more.

I wasn't too happy about that, so I decided to take my PC to a different technician closer to my home. He said most likely the problem was due to lack of memory, and suggested to upgrade it to 24 Mb. That did the trick and I was able to happily surf the internet, listening to music and all.

I still remember how slow dial-up was. At one point I wanted to upgrade my browser to Netscape 3.0. The file size was about 45 Mb and it took several hours to download. I went to sleep while it was downloading and completed the installation the next morning.

So that was my first internet experience :)

I love hearing from my readers. Share your experiences the first time going online, or just let me know you dropped by :)