The cyberhug.me trilogy starts with a lone hacktivist in cyberbattle.

They accept. To stop General Johnstone's genocide they outline a desperate viral mission.

These Hacker School cyberwarriors decide they must revolutionize hacktivism to succeed. They join their talents to ignite an explosive cyberwar. The cost will likely be their young lives.

*The beginning of the Cyberhug.me trilogy*

Chapter 1 - We Are Being Hacked!

Billy speaks his reply to the air. "Not now, we're being hacked, from inside."

He'd been whistling as he hacked when he got the message. The timing of the request to leave his lab is too convenient for someone. When he steps out of his lab into his office he is whistling again. A file name worm has just been planted in the attacker's system. It will be a short journey to the Admin inner sanctum to answer questions, then back to hack the attack.

"All classes are canceled except grad class, all other students are already being transported off property into hiding. We are talking to professors about volunteering to lead grad hacker teams, you need to talk to the hackers class and get them ready to run." These admin guys had earned their hacking chops during a time the world was falling apart, billions dying. They are not easily excited.

I don't want to give up the hacking battle. "Someone inside is trying to get information out. They are better than students, they will get through my static defenses if I don't stop them."

"How long will what you have in place hold?"

"A half hour at least if they've studied me, maybe another six hours if not. I can hold them off and discover who they are if I fight them."

The Hacker School Administrators look at the Dean. "His defenses are enough." He smiles, "Billy always underestimates his abilities."

I try again, "But a highly placed inside agent will know those abilities."

The admin team looks at each other, then seem to agree. "There are always risks in hacking. We will be physically invaded, tomorrow at the latest. You have our backing on anything you tell the grad students. Do as you see fit, but do it now." A blank check.

The Dean Looks at me. "Come to my office when you are done and let me know how hacker school has been committed. There is one grad team that brought this on, they've done a great job on a tyrant involved in genocide, send them home to live another day."

"If they want to keep hacking at the root of evil?"

"You are the only one left that can lead them, As good as you are, all of you would probably die. It would be you four against a powerful government. Being in the right does not change your terrible odds. It is sure to be a nasty death for three promising hacktivists and yourself."

I look back at the administration board. "I'll do this, then I'll destroy our onsite data and equipment before I leave." Time to get to work. I wave goodbye. "Next time, at a new Hacker School." As I leave they all express farewells.

You can inexpensively download *hacktivist* alone; or as a better value download it as part of the cyberhug.me trilogy.

Click the above -Ch 2- link to keep reading *hacktivist* on Squidoo for free.

How To Hack... - take things apart and study them. Put them back together your way. 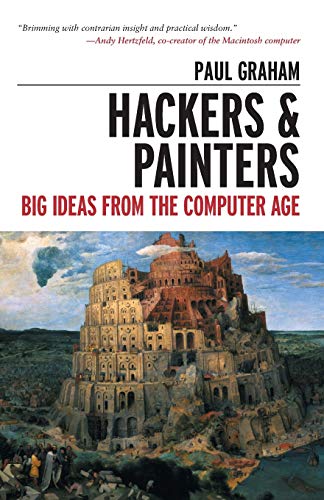 Cool Stuff 2.0: And How It Works
Buy Now

The Klutz Book of Animation: Make Your Own Stop Motion Movies
Buy Now

Return to top of page.

To continue reading this story, go to chapter two.

This work is licensed under a Creative Commons Attribution-ShareAlike 3.0 Unported License

100% of direct income from my lenses goes to micro-finance solutions for world poverty provided by the Grameen Foundation. The Grameen Foundation is creating a rising tide of positive influence upon our world. Help decrease poverty, by enabling the poor to support themselves.

"Bastiat Free University is not being built to segment and distribute information - BFU already exists as a catalyst to reignite your love of learning." - Allan R. Wallace

Some say hackers represent a grave risk to humanity.

Others say mankind is always close to an extinction event that only creative individualists can prevent.

I say: You can't escape risk, you can only seek to understand and manage it.

Hack the future -- save us.

This short story is free on the web and open content. After writing the first chapter of the free online novel Complicit Simplicity: Hackers End Game, I wrote an online summation of the Complicity Universe. My goal was to create a stable platform for artistic crafting, by myself or any one else. I'm glad I did. This clarifies the character's motivations, especially when they diverge from my plots into their own.

" Cypherpunks write code. We know that someone has to write software to defend privacy, and since we can't get privacy unless we all do, we're going to write it. We publish our code so that our fellow Cypherpunks may practice and play with it. Our code is free for all to use, worldwide. We don't much care if you don't approve of the software we write. We know that software can't be destroyed and that a widely dispersed system can't be shut down."

Eric Hughes, in his 1993 Cypherpunk Manifesto

The characters collaborated on this Billy Goodman's short story prequel, after I thought I was done.

I've since rewritten and added material and formatted these cyberhug.me stories into print and DRM free eBooks. Enjoy them, share them, and if you can't afford them -- pirate them.