What Do You Want From A Smartphone?

Great calls, excellent camera, easy web browsing, and many more things. Apple's iPhone 5 is the best companion of any Smartphone fan with fewer compromises. Compared to iPhone 4, the new launch is more user friendly and more facilitating. The calls quality is good, camera can work well in low light, web surfing is excellent.

Some iPhone users have declared iPhone 5 as little dull, compared to iPhone 4, but still its slim, solid, and lighter looks appeal to the user. Critics say the new device is more like a remote control of TV. The flat and black look is not admirable, compared to silver edge band and glass back of iPhone 4. Still, users are of the view that iPhone 5 doesn't have a competition in the market, even galaxy S III is not at the same level.

The screen of iPhone 5 is larger than iPhone 4S, it's 4 inches, compared to the previous 3.5 inches. There are phones with even larger screens than iPhone 5, but it's handy and one feels comfortable while holding it. Screen is particularly appealing for the hard-core Apple fans, or particularly the iPhone fans, who can see clear and bright images and watch videos with comfort.

Ask any iPhone fan, who is using iPhone 5; it's the speed that is the most appealing factor. Everyone wants to enjoy the speedy functioning of the Smartphone and iPhone 5 is fulfilling their wish. The fast speed of iPhone 5 is such that it makes the people get mad after it (this response is from the users who have busy schedule and use iPhone for business purpose as well). Speed can be the solid reason behind upgrading the old device with the new phone. LTE lets the users have easy loading websites, all it depends on Sprint, Verizon, and AT&T that support 4G network. Several Apps are also helpful in quick browsing of different websites, social media apps are the most popular ones. Some Apps support quick access to the inbox while enabling the user not to miss a single important email, instead responding them in a timely manner.

Apple has kicked out the maps of Google and has introduced its own map app that has data collected from TomTom, Yelp, and many other companies. Some say they are having issues with the new map app, but many say it's fantastic. The directions are given turn by turn while making the app popular among frequent travelers. The Yelp connection is really great and helpful. Apple has introduced 3D maps, but these are not 3D in all of the cases. Many complaints have been lodged against that. However, it has nothing to do with location finding. Exploring New York City is just fun. The negative aspect of Apple's map app is lack of support regarding transportation. If this could have been provided, users might feel more comfortable. Obviously, people will try to switch to other transit app that is simple, like Embark.

This product is great addition to iPhone 5. You are on bike, you want to set alarm, you need driving directions, you need the latest sports scores, Siri will wait for your command. Some have complaints that Siri doesn't work well, but it's just 20% of the cases, rest for 80%, it works well and have got good response from the users.

It has been recommended by many iPhone users that Verizon is much better than AT&T if someone doesn't want to experience the dropped calls. The new device helps in making clearer calls with great ease. It's excellent compared to a landline phone in terms of call quality.

This is an amazing upgrade to iPhone 5. Both front and rear cameras are upgraded that give enhanced image quality as well as video quality. The low light sensitivity is the excellent feature that has made the image capturing a good experience, particularly when it's low light. However, users have complained about quality camera functioning in normal light. To check the camera performance, experiment is needed.

Apple has introduced iOS 6 in the latest iPhone 5. The music app is awesome, the App Store is great (providing easy upgrading of the apps), and the Facebook integration is good. The Maps app is the most important feature added in iPhone 5 that helps the users in quick finding of the locations if they are traveling and feel lost. However, to install any Apps on iPhone 5, users will have to unlock the device, like they did while going through unlock iPhone 4s process.

iPhone 5 is excellent launch of Apple in many respects, but there are several areas that need improvement. Critics and users have been hoping that the future iPhone version will be more advanced and full of additional functionalities, along with removing the current drawbacks.

I am sharing some iPhones cases that you'll love to have along with your new iPhone 5. 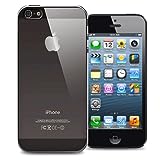 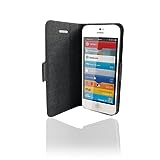 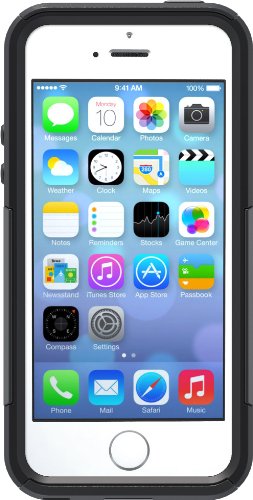 Give Answer To The Poll Question

Does iPhone 5 worth every penny and you'll surely buy it?

Will You Buy iPhone 5?