NAME, ORIGINS OF THE KANONAKI

The origins of this fascinating instrument are found in Asia, many centuries before the Classical Greek Era. It was then known by the name of PSALTIRION. However, it is believed that KANONAKI owes its name to Pythagoras , the great Greek Mathematician who was a musician as well, and who observed, as it is said, the harmony of stars. As an experiment, he produced a basic musical instrument, a monochord (only one string), the "kanon" which he divided into seven spaces. We do not exactly know when the PSALTIRION was named KANONAKI. It's very probable though that this happened with the growth of Islam and the contact of Arabs and Turks with the people of Europe.

We find similar instruments under the names of triangle psaltirion, magadis, epigonion, simikion etc. in written sources of Classical Greece, but there is not a definite evidence whether they are the same PSALTIRION. On the opposite, in Byzantine and Metabyzantine years there is plenty of visual information about it in illustrated manuscripts and wall paintings in churches.

Kanonaki is mainly constructed from wood of sfendamos, a sort of maple tree. Its shape is trapezoid. On the lid, which is also made from wood, except for the right part, 15 cm wide, made from leather, there is one or more holes "for the voice". It is decorated with Byzantine forms and shapes.

The strings (either made from intenstines or plastic ) are parallel. The kanonaki is tuned on the diatonic scale, each note consisting of triple course strings.

On the left side of the instrument, there is a set of nuts, the "cavalarides" which can lower or heighten the pitch of the notes by a quarter of the tone .

It is tuned with a movable metal key and its melodic range covers three octaves and three notes.

The kanonaki is one of the few instruments which can produce sounds smaller than a halfnote and it corresponds perfectly to the scales of Byzantine music.

The musician holds it either on his knees or, even better, places it on a short table. Nowadays, it is played with two plectra, "nihia", made of tortoiseshell, horn or other similar material, which are attached to metal rings fitted to the index fingers of both hands

A CLOSER LOOK AT THE KANONAKI

History is like a fragmented prism, whose pieces are thrown randomely here and there. Someone finds one of them in his way and he exclaims: " this is a piece of a diamond. I will keep it in my treasury". Another one finds a piece and he believes it is a precious crystal. He makes it into a jewel and he offers it to his beloved. All of them surmise, guess, imagine. Everyone believes he holds the truth of the object's existence. Truth is never known unless all pieces are assembled together to show the complete picture.

The same thing happens with the musical instrument that I present in this web page. The truth about the origins and history of kanonaki is somewhat mysterious. The information I have already presented is taken from trustworthy sources, however they present, or rather they emphasize some aspects of the onomatology and origins of this mystical instrument regarding its presence in Greece. There are some other aspects of it e.g. its presence in the arabic world.

It is believed that it was the arabic philosopher Al-Farabi in the end of IX century who named the instrument after Pythagoras word "canoun" . He also made some - rather complicated to be described here -changes in the instrument. .

Gathering information makes that piece by piece, the prism becomes more complete. Perhaps to know the exact theory of the origins and history of certain things is not so important because they speak about it by themselves. Writing about it it is only a way to underline my fascination about the fact that music -like every form of Art- belongs to somebody and belongs to nobody at the same time. It has some source in time and place and at the same time it belongs only to "AION" -time without beginning and end-, which is for me the time of spirit. 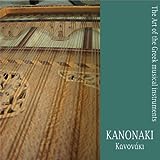 Kanonaki / The art of the Greek musical instruments
Buy Now 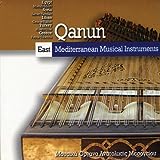 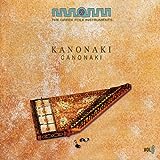 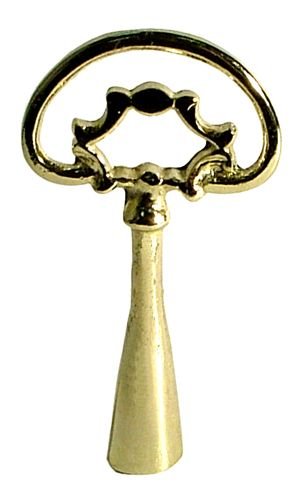 Would you like to leave me a note? Please do it here