One of the Best AMD AM3 Motherboards

I have recently bought an ASUS M4A87TD EVO motherboard for the AMD AM3 platform and decided to write a quick review for it since I'm rather happy with my purchase. Like most Asus products, this motherboard is quite reliable and offers lots of great features that I'll describe on the page below. If you're interested in buying a motherboard for your AM3 CPU, you can't go wrong with M4A87TD "Evo" or "USB3" versions.

About overclocking and AMD core unlocking with this motherboard

You might have heard that in some cases it's possible to unlock the extra cores and / or L3 cache of Athlon II and Phenom II CPUs. That's because all these processors have the same 4 physical cores like the Phenom II X4 - they are merely "locked" in the factory, resulting in X2 (2 core) and X3 (3 core) CPUs. Cores are locked either due to being faulty (in which case we won't be able to use them), or simply to meet the demand for dual-core and tri-core Phenom II's.

Asus M4A87TD is excellent for attempting to unlock Phenom II cores. All you have to do is turn on the "Core Unlocker" setting in BIOS. The motherboard will reboot the computer and try to unlock all four cores plus L3 cache (if you're unlocking an Athlon II). In case the unlock fails, the M4A87TD will automatically reboot and attempt to unlock only three cores next.

In my case, the M4A87TD managed to unlock Phenom II 555 Black Edition, effectively turning it into a quad core Phenom II 955. This CPU also has an unlocked multiplier, which allowed me to overclock it without having to mess with the FSB frequency.

Asus M4A87TD MB seems to handle overclocking well. I had the CPU voltage set on "auto" at all times and the motherboard increased it automatically as I increased the CPU multiplier. I even had Cool'n'Quiet on, which allows the system to downclock the CPU when it's idle. Some people report stability problems when overclocking with CnQ on, but thanks to superior vcore handling by M4A87TD I experienced no crashes.

Technical details of this motherboard

My M4A87TD review so far was just a story of a successful Phenom II X2 unlock, so I am going to write about the specifications of this AM3 motherboard as well. You will find the technical M4A87TD specs below.

There are some more points I'd like to mention. The build quality of this motherboard is really good, with 100% solid capacitors which should improve the lifetime and reliability. Asus also includes a bunch of software tools for automatic overclocking and power saving (TurboV EVO, EPU and others), but I prefer to do my OC via BIOS since it tends to be more reliable.

The M4A87TD also supports Asus ExpressGate, which is special firmware that works like a mini-OS. It allows you to access your photos, messenger programs, and browse the net within ~5 seconds of turning on your PC. It is quite limited and I haven't found much use for it.

One downside of this motherboard is that due to its small size (30.5 x 22.4 cm) it is mounted using only 6 screws. As such, one side of the M4A87TD is unsupported, and you have to be careful not to apply too much pressure when plugging in the power cable.

Possibly the best AM3 motherboard for unlocking cores!

This is one of the best AMD AM3 motherboards if you want to do some overclocking or plan to unlock extra cores on Athlon II & Phenom II processors. You can create, save and load multiple OC profiles in your BIOS, let the system manage your fan speed automatically for less noise and more power savings, tweak CPU, RAM, northbridge and other voltages and frequencies manually from BIOS or Windows using TurboV / EPU software, and more. 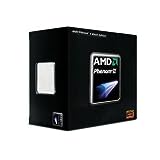 Use Asus Core Unlocker to turn this CPU into Phenom II X4 B60!

I've used a very similar CPU with the motherboard reviewed on this page to unlock all 4 cores and overclock it to 3.8 GHz. If you're lucky you can get an overclockable quad core CPU for a ridiculously small price. Even if the unlock fails, it's still a decent dual-core processor with an unlocked multiplier for easy OC. Just note that 4 cores generate more heat than 2!

Have you unlocked AMD CPU cores with any Asus M4 series motherboard?