As an amateur photographer I take a lot of inspiration, and learn new skills, from my son who is a qualified professional photographer.

Review and Tips for Photography and Videography Software

Buying the best software for editing photos and videos can make the difference between photography becoming a serious hobby or it being just a casual interest.

The best software for the user isn't necessarily the most expensive or most suitable program for post-production (editing photos, videos).

The final choice may be determined by your level of confidence and expertise, your expectations and how much you intend using the equipment, as well as your budget limitations and the costs.

Although they are different and require different editing programs I cover video and photography in this article because many modern cameras can take both and together they form an important part of multimedia presentation.

Multimedia has been a hobby of mine for over ten years, in which time hardware and software has gone through a revolution and a gradual convergence of technologies. In that time I've used a wide range of video and still cameras, hardware and software packages; and my son is a professional photographer and cinematographer.

This article is written based on my knowledge and experience and our level of expertise. All photos and screenshots in this article were taken by me and my son.

How to Shoot Video That Doesn't Suck: Advice to Make Any Amateur Look Like a Pro
This book covers the various aspects filming to think like a director rather than just press record e.g. tips on how to move, point, shoot, stop and repeat rather than just standing in one place and filming a birthday party for five minutes. The advice given in this book will help to make post-production easier and help to ensure a better and more professional like final cut.
Buy Now

Video Editing and Limitations of Multimedia

The Power of Your Computer

The most important thing in video editing is the power of the PC. Anyone who has tried to do video editing seriously should know the limitations faced with inadequate software and hardware; and although good video editing software needn't be that expensive a proper multimedia PC is.

Yes you can edit good videos on most modern computers with the right software but if you take the hobby seriously working with Standard Definition (NTSC and in Britain PAL 25) and HD (High Definition) videos without a proper multimedia PC and plenty of storage space video editing can be very frustrating and very time consuming because rendering videos takes a lot of computer power (number crunching) and hard drive storage space.

To give you some idea:

Ultimately, once the video has been edited, the final recording on a standard DVD is compressed down to just 4 GB per disc, which may be one or two hours dependant on the compression rate used. A standard video with 25 (PAL) or 30 (NTSC) frames per second will have up to 108,000 frames per hour (108,000 individual images) requires a lot of number crunching for the video to be rendered by your computer and compiled onto a DVD disc.

Apple iMacs are designed for multimedia and iMac Pros are most suitable, although I know people who are frustrated by the high failure rate of burning discs, I don't know whether this is common to iMacs or whether they are just unlucky. If like me you're not an iMac user then the cost of building (or buying) a multimedia PC comparable to the performance of an iMac Pro for video editing is the same; although you can buy cheaper multimedia PCs, also known as Gamer PCs, and they will do the job of video editing quite well, but you do get what you pay for.

Generally, since the dawn of PCs there's been a three tier pricing structure with the cheapest computers being the 'level entry' PCs which have limited power and performance; 'mid-range' which gives good all round performance and at the top of the market the Game/Multimedia PCs that will handle almost anything you throw at them.

To give an idea of the difference in performance between the different tiers of computers for rendering videos and burning (writing) them to DVD on a multimedia PC a one hour edited video can render and burn to a DVD in as little as 12 minutes, on a mid-range computer it might take an hour and on a level entry PC could take hours, if at all.

If you own an Apple iMac or preferably an iMac Pro then 'Final Cut' is going to be your first choice, although it's quite an expensive program to buy.

If you own a computer, preferably a multimedia PC then Avid Studio/Pinnacle Studio would be your first choice, and it’s not expensive. Although from my personal experience as an avid (no pun intended) multimedia enthusiast (one might say a geek) I have found it useful to also have Roxio installed on the computer. This has been particularly useful when friends have given me their home videos to produce for them and Avid Studio hasn't liked the codecs they've used in their video; whereas Roxio is less fussy and will often import videos with a broader range of codecs, and once imported it can be exported straight out as an MPG2 file which Pinnacle Studio is happy with. Roxio, which isn't expensive to buy is also useful to have anyway as a general all round program suite that does lots of other little useful tasks including recording and editing audio files (which it is particularly good at), converting wav files to MP3, some simple, but limited photo editing facilities, burning and copying unprotected discs and a very useful utility to design and print your own Cd and DVD labels and disc/case covers.

I know a lot of people use cheap or free video editing software because they imagine that something like Avid Studio will be expensive (which it's not) and too complex to use whereas in fact the design and layout of Pinnacle Studio makes it a lot easier and less cumbersome to use than cheap or free video editing programs. Pinnacle Studio puts everything you need in front of you on one screen with easy to navigate menus at your fingertips and includes a comprehensive and user-friendly guide to cover all the basics. And the big bonus of Pinnacle Studio is its inclusion of automatically generating (when required) of good quality license free music to match the length of the video.

For a time Pinnacle’s showpiece Studio was also shipped under the name of Avid Studio, although in practice there is no real difference between the two products. Pinnacle Studio 19 Ultimate (Old Version)
If you have a MAC and the money, and serious about editing then you might be looking to buy Final Cut; on the other hand, if you have a PC, looking for a quality product at a good price whether a beginner, amateur or serious in making good video film productions, whether it be holiday and home movies for family and friends or nature, historic and documentary productions for YouTube then this software package should serve you well.
Buy Now

Video Filmed in HD (High Definition) on a Canon 7D, colour corrected and white balanced in Final Cut by my son on an iMac Pro and final edit and production in Avid Studio by me for posting to YouTube.

Video edited and produced in Avid Studio filmed by me in PAL 25 with a Canon video camcorder. 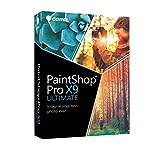 Photoshop is the first choice which no budding enthusiast or professional photographer would want to be without except it’s sold as part of a suite of programs by Adobe and is extremely expensive. However, I used PaintShop Pro for many years and can vouch that for performance and facilities it does about 90% of what Photoshop does, it does it just as well and is the fraction of the price. Therefore, unless you can afford Photoshop PaintShop Pro is the obvious choice.

I have tried other photo editing software over the years but none of them are a patch on PaintShop Pro or Photoshop and with PaintShop Pro not being expensive it may well be the obvious choice for most people wanting a good photo editing program but who can’t afford Photoshop.

If you really want to get into the niceties of the programs both PaintShop Pro and Photoshop offer numerous editing and enhancement tools allowing you to work in layers and do fantastic things to photos, loads of photo fix tools to remove scratches on old photos, correct poor exposure and bring life back into a dull photo. And at the simple level if you just wish to quick enhance before print then both programs offer a quick auto fix that with the press of a button usually does an excellent job at optimising, brightness, contrast and colour.

Recommendations at a Glance

The Best and Most Suitable Software for You

Also recommend is Roxio as a good all round utility suite; Roxio isn't expensive to buy and with lots of useful utilities including good audio editing software is good value for money as a supplementary tool to video and photo editing with lots of other useful tools.

Adobe Photoshop is the 1st choice except it is very expensive so if you can't afford it Paint Shop Pro which is inexpensive and does 90% of what Photoshop does is a good option.

Do you prefer to video or take photographs when on holiday?