All About Video Calling

Video calling is emerging as one of the hottest areas of growth in communication. It's not new, but it's definitely evolving and expanding into new areas. It allows us to see friends and family as we communicate. It can even be used in a business setting for conferencing purposes.

On this page you can learn a bit more about making video calls, all of the options, and the tools you need.You can decide if it's right for you and get started right away.

What is Video Calling and What Are It's Advantages?

Video calls can also be advantageous for friends and family. Being able to see each other adds a stronger feeling of closeness and sometimes adds some of the non-verbal communication that can be important between individuals. A smile, a wink, or something similar.

Certainly this service is also useful for people who are just getting to know each other as well. Meeting in the virtual world often involves a certain amount of secretiveness or a sense of uncertainty, but if people want to be more transparent, video calling can help lift that veil just a bit.

Probably one group that potentially benefits the most from video calling capabilities however, are deaf individuals. The right video calling cell phone can allow them to communicate via sign language.

How To Get Video Calling

Video calling has been evolving for many years. It has been available via your PC for some time. For instance, Skype offers a download that allows users to make free video calls from home. Of course, video chat or video calling is also possible on Facebook with Skype, through a service known as Fring and on Google+ as well. Services such as Microsoft's MSN Messenger and Yahoo! Messenger also provide these capabilities.

However, video calling is expanding and is therefore increasing it's utility. Now video calling cell phones, TVs, and tablets make it possible to use this mode of communication in more places.

Below we will show you more about each of these options.

There are a number of internet connected TV's that not only give users access to internet content on their HDTV, but also the ability to enjoy video calling there as well. A majority of the major manufacturers now have models. For instance, Sony, Samsung, Panasonic, and Vizio offer them.

Users simply need a good broadband connection (1.2 Mbps), a Skype enabled television, and a TV compatible webcam (such as the FREETALK) to start video calling.

In addition, there are a few Blu Ray players that are Skype enabled for those who aren't ready to upgrade their TV.

A Television That Offers Video Calling 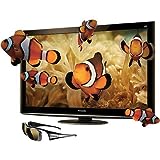 Another Devices for Video Calling on Your TV 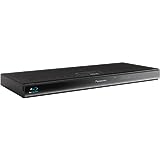 Video calling on cell phones is increasing in popularity. In early 2011, numerous front facing camera phones were introduced. It may be called video chat, video calling, or video sharing, but all-in-all it's becoming an increasingly common way to communicate much as text messaging has over the past decade.

For those who are concerned, having video calling capabilities doesn't mean all of your calls include video. It means you can place video calls when desired. For instance, you may decide to use the service only when your spouse is away on a week long business trip.

To use video calling there are several things that are needed.

This provides the speed and bandwidth that is necessary for high quality video. (3G is the minimum but 4G is better)

This allows the user's face to be captured. Another option is a single camera that can swivel around.

3. An application for video calling

Different networks use different apps. For instance, Apple uses their Facetime application, Google based devices have Google Video Chat, and Verizon uses Skype. Currently, with many apps, video calls can only be used between two phones that share the same video calling system as there is no compatibility between them. The Android platform is probably the most flexible at this time.

Video calling cell phones are a great option for deaf individuals who use sign language for communication. Learn more about cell phones for the hearing impaired on this page.

Making Video Calls on a Tablet

Just like on a cell phone or PC, you need a connection, a video calling app, and a front facing camera or webcam when using a tablet for video calls. There are numerous tablets that now offer video calling capabilities and you'll see some of them below. As time passes, more and more devices should have this functionality. Still, users need to remember that they can share video calls only with users who have a compatible system/device in most instances. At least for now, tablets with the Android platform will be the most flexible in allowing video chat with other devices.

What Do You Say?

Is Video Calling Right For You?

Let Us Know You Stopped By!