What Is Wifi? A Guide To WiFi For Beginners

A Place To Learn The Fundamentals

Many moons ago I started hearing all this talk about WiFi and how wonderful it was, and when I asked someone "What is Wifi?" I was given a complicated explanation that left me with more questions than I started with. I mean, what the heck is "IEEE 802.11" anyway?!

So I did some more research and over time I gained a decent understanding of what WiFi was, all the time making sure I looked for the easiest definitions to digest so that if anyone ever asked me, I'd be able to give them a clear explanation rather than rambling away in techno-jargon, only to see their eyes glaze over as they lost comprehension.

Eventually I decided to put the knowledge I'd found together into a blog. You can check it out here. As I knew the blog would grow larger and longer the more information I put in it I decided to put together this lens where I could present a more compact view of WiFi, and then point people to the blog should they care to know more.

So the topics below are summaries of what I have discussed on my blog. I'll add a new summary for each blog post I make, but if the summary doesn't do it for you be sure to head to the original blog post in it's entirety via the links in the "Want More Info About WiFi?" section below. If you find this lens helpful at all please don't forget to give it a rating :o)

"WiFi" is the nickname for Wireless Fidelity - high speed internet and network connection without the use of wires, cables and other stuff you can trip over.

In a lot of ways WiFi is easier and cheaper to set up and run than a wired network - mainly due to the whole "lack of wires/cables" aspect, and allows you to move your computer quickly and easily around your home without having to worry about where the closest phone socket is kept. It also allows you to connect multiple computers to the one internet connection, quickly and easily.

Outside the house, WiFi is steadily growing it's global coverage. While it doesn't have the same range as Cell Phones yet, it does allow simple, easy remote access to the internet or your home/company network whenever you happen to be within a "hotspot".

WiFi is the sort of technology that will fast become second-nature in everyones lives, like Television and Cell Phones have done before it. One day in the not-too-distant future we'll be wondering how we ever suffered with cords and cables lying about the place for so long. You'll wonder why it took you so long to get on board. This is freedom for the 21st century, pure and simple.

How Does WiFi Work?

Just How Can I Surf The Net Without A Phone Cable?

I know it might sound nuts - how can all this information that I'm currently uploading and downloading from my computer through a phone cable be transmitted "through the air?!" Well I'm glad you asked.

WiFi works, in essence, exactly the same way a Television or Cell Phone works. They don't have cables attached to them for transmitting information and neither will your computer once you start using WiFi.

One of the fundamental differences between WiFi and your Cell Phone, however, is that WiFi operates on a much higher frequency (2.4GHz or 5GHz), as opposed to Cell Phones which work below the 1GHz level. The higher the frequency the higher the amount of data (information) that is able to be transferred.

With one wireless router in your home you can connect multiple computers to each other and the internet, without any cables connecting each computer to it's brother. In the techno-savvy family of today that spells a great convenience, as Dad can be working in his study, Mum can be chatting to her friends, and Son and Daughter can be in their own rooms researching homework assignments - all at once on individual computers. In my day (back in the dark ages of the internet), our family would have to take turns to use the one computer, and then there would be the obligatory fight when someone had been using it for too long.

Nowadays the only real problem is, how am I going to afford multiple computers for my family?

What Are WiFi Hotspots?

And How Do I Find One?

Hotspots are areas where WiFi radio signals can be picked up by your computer. At home, a wireless router (such as the one shown at right) does the job to make your entire home a hotspot.

Away from home hotspots can be found in most airports, libraries, hotels and a growing number of cafes, as well as other places. There are people known as "Warchalkers" who, once they have found a WiFi connection at a particular spot, will write the necessary connection details on a nearby wall in, of course, chalk. This practice can be illegal in certain jurisdictions, although the laws are generally unclear at this time.

There are currently a number of websites that post the locations of WiFi hotspots in your area. These include www.wifi411.com, www.wififreespot.com and www.wi-fihotspotlist.com

What's The Beef In Beefing Up WiFi Security?

Addressing The Matter Of Security

In this age of identity theft and credit card fraud it's easy to understand the concerns of security when it comes to transmitting sensitive data across the airwaves. Fear plagues the wired network enough, so it's natural that a wireless network should have increased suspicion surrounding it.

Thankfully there are plenty of things you can do to increase the security of your wireless connection, to the point that it is as safe as the safest wired one.

The following list of precautions will only cost you a bit a time to set up:

* Turning off the file-sharing feature on your computer

* Updating your operating system on a regular basis

* Only transmitting emails containing sensitive information through a secure, web-based email site (those that start with https:// in the address bar)

For a nominal cost there is various software you can install to beef up security. These include:

* Encryption software used to encode data sent across a wireless connection (Most sites that require you to enter credit card information are secure anyway, but it's better to be safe than sorry).

* Use of a Virtual Private Network (VPN). Probably the best way to protect your information when using public WiFi areas such as airports, libraries, etc. A VPN creates an impenetrable shield linking your computer to the site you are accessing. Think of it as trying to access a train that is parked in a tunnel, the only ways in are at either end of the tunnel itself.

Security is a major issue these days and rightly so. At home your wireless router produces a range that extends beyond the size of most homes - allowing people with the knowledge and know-how to use (in effect steal) your connection just by sitting out the front of your house in the street. Also, hackers target public access areas such as airports, as they know that public access areas do not carry their own security - it's up to the individual to take the precautions themselves. This lack of security however, should not be a deterrent from switching over to a wireless connection, as by following the recommendations above you will be more than secure on your network and internet connections. In fact, if you do follow all the points above it's safe to say your wireless connection would be more secure than most people's wired ones.

What Do I Need To Get Started

How Does It All Come Together

Apart from your computer, the most important piece of equipment you'll need is a wireless router. This is used to convert digital signals to radio waves and vice versa. It is the hub of your wireless connection and any computers within range and carrying the correct hardware will be able to access the internet effortlessly.

Next you'll need a wireless network adapter. This plugs into your computer and is used to communicate with the wireless router. The adapter converts the radio wave signal sent by the router into a digital signal that the computer can understand. Adapters come in two forms, the ones that plug into an external slot on your PC or laptop, and ones that attach to your motherboard, inside your computer.

Once you have your router and adapter you can connect to the internet on a wireless network. You will probably already have an Internet Service Provider from when you were using a hard line connection, and you will be able to continue with this ISP if you so choose to. Additional wireless protection software is recommended.

The above is what you need for a basic home set up for one computer. Additional work is required for multiple connections at home, or at a business.

Below are a number of products you'll need or should have to get the most out of your WiFi experience.

The Linksys Wireless-G broadband router is really three devices in one box. First, it's a wireless access point, which lets you connect Wireless-G or Wireless-B devices to the network. There's also a built-in four-port full-duplex 10/100 switch to connect your wired-Ethernet devices. Connect four PCs directly, or daisy-chain out to more hubs and switches to create as big a network as you need. Finally, the router function ties it all together and lets your whole network share a high-speed cable or DSL Internet connection. 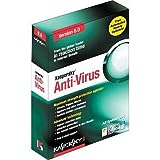 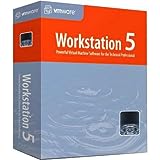 VMware Workstation is powerful desktop virtualization software for software developers/testers and IT professionals who want to streamline software development, testing, and deployment in their enterprise. 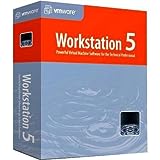 Workstation 5 is desktop virtualization software for software developers. Whether you're working as a software engineer, tester or IT professional, it will help you streamline software development, testing and deployment in their enterprise.

Check Out These WiFi-Related Videos

Got a topic relating to WiFi you'd like to see addressed here? How about a correction to something you've read above? Or you could just drop a message to say Hi. Any feedback is welcome.

So What Do You Think? - Here's Your Chance To Let Me Know