10 Cities to Visit in Alabama 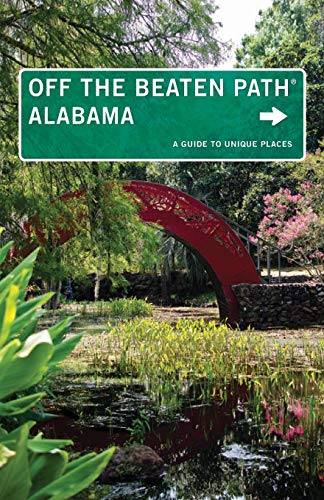 10 Cities to Visit in Alabama

Alabama is not the most popular state to land on a traveler’s itinerary. It’s a fairly small state in comparison to other U.S. States. It doesn’t have a lot of the famous attractions that you’ll find in more popular states like California or New York. However, Alabama is actually a pretty neat place with some interesting things to see if you’re willing to give it a chance. Plus, it’s really affordable to visit Alabama which is a factor that a lot of us have to take into consideration when we travel.

One great way to see Alabama is to do a road trip throughout the state. Here is a look at the top ten Alabama cities that you might want to check out if you get a chance to take this type of vacation:

1. Montgomery. This is the capital of Alabama so it’s one of the cities that you really must see if you’re going to get a sense of what life is like in this state. It’s located in the Southeastern part of the city so you’re truly in the South when you’re spending time in Montgomery. It has a lot of old-fashioned Southern charm. However, it’s also a modern city since it’s the state capital. There are a lot of cool museums to check out while visiting this city including the Montgomery Museum of Fine Arts, the Hank Williams Museum and the Rosa Parks Library and Museum. You should also check out the historic district called Old Alabama Town to get a sense of the history of this place.

2. Birmingham. Montgomery may be the capital of Alabama but it’s not the largest city in the state. People who want to check out the largest urban area of Alabama will want to make sure that Birmingham is on their itinerary. It’s an interesting place with a rich history. That history is controversial since much of it is related to the disputes over slavery and later disputes over the rights of African Americans in this country. However, it’s an important part of history to learn about and where better to learn about it than the site of where so many protests occurred? There are lots of museums, public gardens and annual events to check out in this destination city.

3. Huntsville. Birmingham is the largest city of Alabama in terms of population. However, it’s not the largest Alabama city in terms of the actual size of the land that makes up the place. That honor goes to Huntsville which is another interesting city to check out. It’s known as a place where NASA is active and one of the most popular sites to see here is the U.S. Space and Rocket Center Museum. Other attractions include Alabama Constitution Village (a historic city), The Railroad Museum and Big Springs International Park. A lot of the cities that you’ll check out in Alabama are in the South but this one is a northern city in the state.

4. Decatur. Another northern city to check out in Alabama is Decatur. It’s located on the Tennessee River up north and is frequently referred to as The River City. There are also quite a few creeks and lakes here to enjoy. The main thing to check out in this city is one of the annual events that it’s well known for. Those include the oldest hot air balloon race in the country (called the Alabama Jubilee), the Riverfest Barbecue Celebration and one of the biggest 4th of July celebrations in the country.

5. Mobile. People who are interested in the history of Alabama will want to make sure to check out Mobile since it’s the oldest city in the entire state. It’s also the third largest city in terms of population (behind only Birmingham and Montgomery). And it’s a beautiful city particularly for those people who enjoy being on the water since it’s located at the intersection of the Mobile River and the Mobile Bay. It’s the only seaport city in Alabama which is a good enough reason alone to check this city out while you’re visiting the state.

6. Tuscaloosa. This is the city where the University of Alabama is located. If you’re checking out this city then it’s probably because you want to see the campus of the university and to enjoy the activities that take place on and around the campus. It’s always good to get a feel for a college town in any state that you visit and this one is ideal. Also be sure to check out the Moundville Archaeological Park, the Mercedes-Benz Museum and Factory and the Alabama Museum of natural History.

7. Auburn. Another really great college town to check out in Alabama is Auburn which is home to Auburn University. This town is, in fact, more of a true college town than Tuscaloosa is since the main attraction here is only the school. There’s a neat little scene that’s been built up around the campus though and it’s a fun city to check out because of that.

8. Dothan. People who know Dothan are usually people who know peanut butter. That’s because it has a huge peanut crop which provides much of the industry for the area. It’s even called the world’s peanut capital by many people which you can see listed on a monument at the local visitor information center. If you’re there in November, you can check out the annual Peanut Festival. That’s not all there is to see here though. Attractions include The U.S. Army Aviation Museum, a twentieth century opera house, a water park and the Adventureland theme park.

9. Gantts Quarry. You can’t check out Alabama’s cities without getting a taste for a quieter side of Alabama. Quiet is exactly what you’ll find in this city which is an old quarry and ghost town. It’s considered by most to be its own town although it’s technically been annexed to become part of the next town over which is Sylacauga. This is also an interesting little place to check out while you’re in Alabama. It’s famous for being the only place where a person has been hit by an object falling to Earth from outer space. It’s also the birthplace of Jim Nabors who was the actor famous for playing Gomer Pyle on The Andy Griffith Show. You know that this makes for an interesting little town!

10. Summerdale. If you want to check out a small town in Alabama then another good option would be Summer dale. This is a rural town that will give you a good sense of how real people live in this state (although less than 700 of them live here!) If you’re in need of something to do while you’re here, there’s a Spear Hunting Museum that you might find to be of interest.

Note: This post is part of a series of posts featuring the top ten cities to visit in every state. Check out some of the recommendations for other states here.