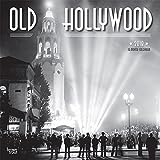 As a resident of California, I am completely fascinated by the fact that life can be so different here from one city to the next. Even just in the San Francisco Bay Area where I live there is a lot of diversity in terms of socio-political views, urban vs. rural living, opportunities for work and education and other demographic details. Take into consideration that this state is so large that it takes up half the west coast and you can imagine just how many different ways of living there are in California.

I would almost say that it’s impossible to do a complete tour of California without taking a huge chunk of time to do it since each city here is so unique from the others. However, I do think that it’s possible to get a good sense of how many different ways of life there are in California by making a trip to each of the following ten cities in the state. If you manage to spend at least a little bit of time in each of them, you should have a good sense of what California could be about (and a much better idea of which part of California you wouldn’t like to live in if you wanted to make the move!)

Here are the ten cities that I would visit in California if I could only visit ten:

1. San Francisco. It’s no surprise to anyone who knows me that San Francisco is at the top of my list since I not only live here but absolutely love living here. The architecture is beautiful, the people are creative and there is always something to see or do. It’s a geographically small city which means it’s easy to get around without a car but it’s an urban area with tons of activities of all kinds. It’s super-liberal and probably the city most like Europe that you’ll get to visit within the United States. It’s interesting and unique and filled with rich history. When you go here, check out the many different neighborhoods which are each like their own little microcosm of the world.

2. Los Angeles. It would be impossible to understand everything that there is to understand about California if you didn’t spend some time in Los Angeles and the surrounding area. It’s a massive city with many different things to see but it basically embodies the way of life that most people think of when they think of California. It has the glamour of Hollywood, the luxury of Rodeo Drive, the sunny beaches where blonde girls do their tanning … It also has a lot of interesting museums and cultural events and art galleries. It’s huge and that means that if there’s something you want to explore then it’s probably here. Plus Disneyland is nearby.

3. San Diego. This is another of the must-visit large cities in California. It’s a really interesting place because it’s got a combination of military influences and beach bum attitudes. The weather is terrific here and the beaches are the best reason to go. See San Diego Zoo and the park that it sits inside. Take advantage of the proximity to Mexico to learn more about the Mexican cultures. Explore the growing neighborhoods like the Gaslamp and the tourist neighborhoods like Old Town and Little Italy. But mostly, just enjoy the beach!

4. Sacramento. It is generally my belief that people trying to get a good sense of what any state is about should visit the state capital. California is kind of strange this way because the major cities and tourist attractions are those first three on the list so the capital city of the state gets overlooked a lot. It’s a good place to visit though and one that should be included on a California State Tour. You should check out Old Town Sacramento and explore historic landmarks and government buildings throughout the city.

5. San Luis Obispo. You have a few choices when you’re ready to visit small beach towns right on the coast of California. Most people will tell you to check out Monterrey but I would say to go a few hours south to San Luis Obispo. It’s a little bit quieter but it’s a college town so it’s got an interesting young scene with bars and a cool music-rich Farmer’s Market and some great little art galleries. It’s a small place and mostly good for a beach vacation but it’s got a lot of little nooks and crannies to see.

6. Arcata. If you’re more interested in the coast of Northern California then the most interesting town that you’re going to find along the way is Arcata which is way up north in Humboldt County. Anyone who is a fan of the hippie era, the Green Party, uber-liberalism and medical marijuana will be a fan of Arcata. And even if you’re not a fan, this is definitely a scene that’s integral to the overall make-up of the California mindset so you might want to give it a chance.

7. Redding. Inland from Arcata, in the center of the state but also up north is Redding. This is the largest city north of Sacramento and so it serves as a great hub for people who want to explore what Northern California is all about. It’s close to Mount Shasta so travelers that are interested in the outdoors will find a lot of things to do here.

8. Marysville. When you get to this tiny little place in central Northern California, you’re going to wonder how it managed to make it onto a list of top ten cities to see I the state. That’s because it’s a small place in an area that’s basically surrounded by military families and quiet Republicans. However, this is part of California too and it’s a part that most people miss. A lot of California really is just small towns with people living normal lives. It’s not all Hollywood and San Francisco. If you really want to know what California is like, you need to include a town like this. And this one is good because it’s got a cute little downtown area with a city lake and some great local shops.

9. Death Valley Junction. No trip to California is quite complete without at least seeing the vast desert that is Death Valley. Death Valley Junction is the city closest to the National Park and so is the place that you’ll want to put on your list for this part of the trip. There are a few historic sites here as well, mostly related to the railroad history of California.

10. Salton Sea. This is a place that almost nobody knows about so it’s the bonus area to add to your itinerary if you want to feel like a California insider. There’s a big salt water lake here. A long time ago, this area was built up as a recreational area but then some problems occurred and the area was mostly deserted. Only a few people live here now so it’s almost a little bit like a California ghost town. It’s a strange place but it’s worth a stop as you’re exploring the rest of Southern California.