10 Reasons To Visit the Philippines

Map of the Philippines 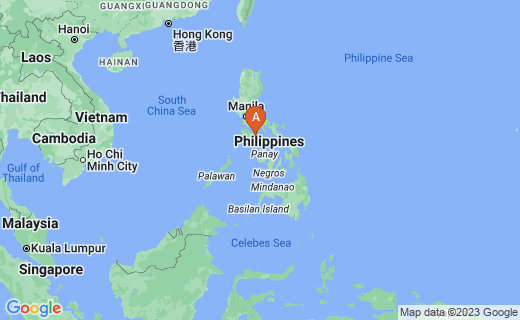 The Philippines is a country located in Southeast Asia, composed of 7,107 islands. The capital city is Manila. Philippines have a population of more than 98 million, the seventh most populated Asian country and the 12th most populated country in the world. The Philippines has a tropical maritime climate and is usually hot and humid. There are three seasons: the hot dry season or summer from March to May; the rainy season from June to November; and the cool dry season from December to February. The average yearly temperature is around 26.6 °C (79.9 °F).

10 Reasons Why You Should Visit the Philippines

Although there are many reasons to visit the Philippines, I will just enumerate ten of them.

Filipinos are known to be hospitable, gentle, cheerful, resilient and God fearing people. Filipinos always have a lighter side in every difficult situation they encounter. In Typhoon Pablo, many Filipinos still laugh and have fun amidst the rain and the flood. With always a smile welcoming you, you will feel comfortable and accepted, and maybe that is one of the many reasons why many tourists always comes back in the Philippines. Filipinos are also known to be great singers. Even Ellen DeGeneres said that many of the best singers are from the Philippines. If you visit the Philippines, you will hear people singing in videoke in just every corner of the street or in every occasions they celebrate. Most Filipinos speaks and understands English, so travelling in the Philippines is convenient since you will be able to communicate with the locals.

The Philippines can be called Asia’s beach capital and has some of the best beaches you will ever see.

Filipinos loves to eat. Rice is their staple food. When it comes to food the Philippines has it all. Here are some of the foods you should try when you visit the Philippines

If you love shopping, Philippines have lots of shopping malls. The 3 of the largest malls in the World can be found in the Philippines.

Jeepney is one of the unique means of public transportation in the Philippines. You can see it all over the country. Found only in the Philippines, jeepney is used for short and long distance travel and is cheaper than riding a taxi. If you have the chance, try to ride on a jeepney like Canadian Prime Minister Stephen Harper (R), who didn’t missed the chance to try and enjoyed it.

Tarsiers are small animals with big eyes. When you visit the Philippines and go to the island of Bohol, a sanctuary near the town of Corella, is having some success restoring tarsier populations. You can watch tarsiers up close in the wild but you cannot touch them.

Tourists visit the Philippines not only because of the beautiful beaches and scenic sports but also they want to watch the country’s great festivals and colorful parades.

10. Cheaper compared to other countries

Given the chance, are you willing to visit the Philippines?

It's More Fun in the Philippines

As you can see there are many reasons to visit the Philippines and there is no way you will regret it. After visiting this country, you will not only love the Philippines but also you will learn to accept, understand and love the Filipino people.