10 reasons Why You Should Visit Wales

Wales (Cymru in Welsh pronounced Kam ree) is in the island of Great Britain, one of the four constituent countries that make up the United Kingdom on the west of the island, sharing a border with England.

Wales is a small country with so much to see! experience one of the british isles most historic beautiful countries!

So here they are 10 reasons why you should come and visit Wales!

During your visit to Wales you will always be given a warm Welsh welcome/croeso, you as a tourist will always be given the kindness and hospitality wherever you go. The languages spoken in Wales are Welsh and English, although people won't expect you to speak Welsh, but if you'd like to give it a try, why not! I'm sure many native speakers would be impressed.

Cheap B&B hostels and guest houses and campsites are available everywhere you go! even if there is no campsite and you have a tent, feel free to ask the local land owner kindly if you can stay on their land for the night, which would be a lot cheaper!

So how do I go to Wales?

You can go to Wales through Cardiff International Airport:

Here are a list of flights and destinations from Cardiff International Airport: http://en.wikipedia.org/wiki/Cardiff_International_Airport#Airlines_and_destinations

You can also fly from Cardiff to Anglesey Airport in North Wales which should cost you about £50, depending on the flight and season etc. Also you may take flights to Manchester or Birmingham in England and take a train to your destination of choice in Wales. Or take the ferry from Dublin or Cork in Ireland to Holyhead in the north or Fishguard n the south.

The best way to get around is either to hire a car/van or take the bus, Arriva bus Wales serves north Wales Chester and also Mid Wales the National Bus Company serves parts of South Wales Swansea and Cardiff and also First Cymru buses.

Arriva Trains Wales serves all of Wales linking north with south, there are train links between Cardiff and London Manchester to Wrexham or Birmingham to Machynlleth

The best time to come to Wales is from April to October from spring to autumn that's when the big festivals and events start! Many travellers also come in the winter when it's more quiet, but still get a chance to experience Wales 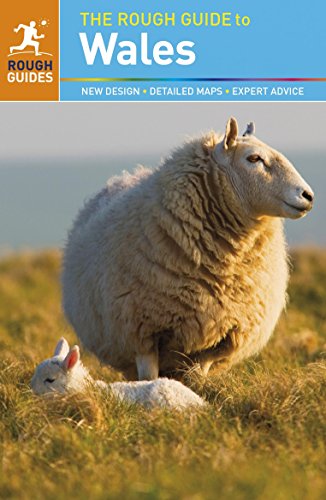 The Rough Guide to Wales
Useful for first time travellers who want to get by around the country! great information worth the buy!
Buy Now