Amazing Facts About Israel That May Surprise You

Do you ever want to visit Israel?

Despite what we see on the nightly news, Israel is a thriving country with a diverse culture that mixes the old with new seamlessly. Established in 1948, they have established a country that leads in technological advances while at the same time worships in the same way as many have for hundreds of years.

Felafel, a deep fried chickpea fritter, is ubiquitous in Israel. Served in a pita with salad and tahini sauce, it is practically Israel's national food.

Schwarma, grilled meat that is either chicken, lamb or turkey, it is also served in pita with salad. It can ordinarily be found right next to felafel on the menu.

Schnitzel, which has its origins in Eastern Europe, is usually chicken or veal that is breaded and fried.

Hummus is pureed chickpeas and tahini and is traditionally served with a drizzle of olive oil and pita bread.

Bourekas are pastries that are filled with potatoes, spinach, cheese or mushrooms. Bourekas are a traditional food in Slovenia, Bosnia and Herzegovina that came to Israel with the Jews who emigrated there after the war.

The Hoopoe was chosen as Israel's national bird in 2008. Living in holes in trees, cliffs, even small openings in tall buildings, the mother Hoopoe will barricade herself and her babies in their nest and wait for her mate to bring them food. To protect themselves from predators both the mom and chicks can emit a stinky odor to mask their presence and the chicks have also been known to strategically aim their droppings at an enemy.

The Hoopoe male is know to bring insects to a female when he is wooing her. This is referred to as "courtship feeding".

Hoopoes can be identified by their unique flight. Their wings flap in waves resulting in what looks like the flutter of a butterfly.

Despite being located in the oil rich Middle East, when it comes to gasoline Israel is out of luck. Forced to import gas from the US due to an Arab embargo, the cost of gasoline is a whopping $8.28 a gallon.

The Canaan Dog, Israel's national dog, dates back to ancient times and lived in the region that now encompasses modern-day Lebanon, Jordan and Israel. The oldest remains of Canaan's have been found in the caves of Einan and HaYonim and date back 10,000 years.

The breed remained unchanged until 1934 when Dr. Rudolphina Menzel was asked by the Haganah to start a breeding program that would provide dogs for the military. In 1949 she attempted to train the dogs to serve as guides for the blind but found they were too independent and small.

Menzel sent four dogs to the US in 1965 and the Canaan Dog Club was created that same year. The AKC officially recognized the breed in 1997 and it is now the 177th most popular breed in the US.

Sderot, a town in Israel which is about a half a mile from the Gaza Strip, has been bombarded by thousands of rockets coming from Gaza over the past fifteen years. This sad fact has resulted in concrete reinforced play structures on children's playgrounds to give them protection from incoming rockets. They have 19 seconds to reach safety. 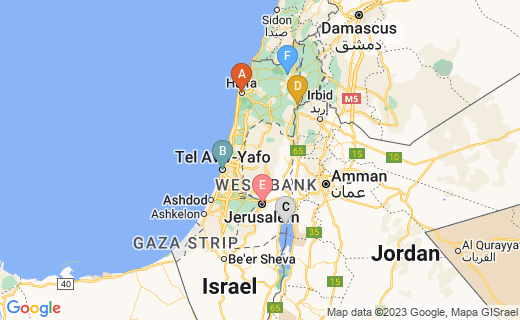 A fascinating country, Israel has accomplished so much since its inception in 1948. An outpost of democracy and an ally of the US, may it see a bright future.