Things to Do In Sydney, Australia

Priya is pursuing an undergrad in Law. She loves her books, post-its and laptop more than living things. 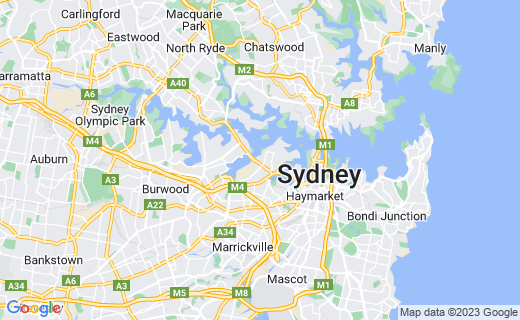 There are a few places that you dream of visiting. Sydney was never one of them. I mean, it’s on the other side of the world! But then something led to something and then something else happened and I found myself booked in Sydney for two weeks! Sydney, Australia! It was my first international and it was overwhelming enough that it took me an entire year to get over it and finally sit down and type this out.

So I had two weeks in Sydney, fourteen days. What did I do? Below are the twelve activities that I enjoyed the most and hope it will serve as a guide for you!

Have you ever visited Sydney?

Before you go, you have to check Sydney’s social calendar. During the two weeks that we were there in April, I could visit Kirribilli Markets. They were small stalls like a farmer’s market but with clothes, posters, jewellery, collectables, etc. You could find just about anything you wanted. I managed to get a fully-intact second-hand Guess dress at 25$. Now that’s what I call a bargain.

Unfortunately, we missed a Cold Play concert by a few days. Sigh!

For someone whose favourite James Bond movie was Casino Royale, going to a casino was the best decision. Here in India, it’s illegal to gamble so the only casinos I had ever seen were on movies. Let’s just say it was quite an experience to watch Sydney’s hopefuls waltz up to the stairs, through the security, hoping to get lucky. We didn’t go to just any casino, we went to the Star Casino and yes, we lost some money on the slot machines but that’s not relevant. What’s relevant is that I’ve been to a real-life James Bond casino.

We had lunch at Circular Quay, by the Sydney Opera House, overlooking the Parramatta and the Harbour Bridge. In other words, in the most iconic address in Australia. It was expensive, very expensive – in that, I had two pork sausages and bread for 28 dollars - but it’s something I believe you have to do when you’re going all the way to Australia. Sit by the Quay and enjoy a good lunch.

I just wanted to figure out what the whole deal about skydiving was. All the cool, rich people did it. I wasn’t cool or rich and on hindsight, I could have saved the 200 dollars and instead gone on a mini cruise on the Parramatta. But they both sounded equally indulgent and I ended up choosing the more expensive option. I went skydiving. I can’t believe I actually have the prerogative to write that sentence! But…it was a terrible experience – I was scared, nervous, pretty sure that I’d break my neck – but I still jumped from 14000 ft in the air. I had 60 seconds of free fall and then I was floating in the sky with the Pacific on one side and the mountains on the other. It was a terrible experience and I’d never do it again but it was still an experience, something which made the trip all so memorable.

Before you ask, it was in tandem. Obviously, it was in tandem! You’re not allowed to take a parachute and just jump down from the plane with no experience. I went to Sydney Skydivers for the experience, really cool and professional, in case you’re also planning to follow this maddening tip.

Darling Harbour is dotted with a lot of shops, restaurants and clubs which come alive on weekends. We went to the one called Bungalow 8. Again this was my first time at a club because, in India, you have to over 21 to even hover in the vicinity of a club and 25 if you live in the capital city. But in Sydney, it’s 18! Bungalow 8 had a spectacular environment – all calm, modern décor – it’s quite exciting for a first timer. I remember we stayed there till it closed, all the way till 3:30 in the morning.

There are plenty of beaches in and around Sydney but the most famous one is Bondi. We took a bus from CBD and attempted to undertake the Bondi to Coogee walk. Attempted is the key word here. Anyway, a lot of websites will push to do undertake this 6km walk and with reason too, you get to witness crashing waves and the blue ocean, the sandy beaches and the handsome surfers. But I thought that 6km was just a little too much. I think instead you can just take the bus directly to Bondi and soak under the sun for some time.

I had to do something cheap. So I saved on souvenirs. Paddy’s is like the cheapest place for all your souvenirs. Don’t buy them on Circular Quay! Buy them from Paddy’s. They had really awesome key chains, magnets and all the other touristy things that you can take back for your friends so that they would have to politely listen to your stories. I actually ended up going twice because it was really close to where I was living on CBD.

It’s an experience in itself. Milky Lane is a burger joint near Bondi Beach and they serve the best burgers I had ever eaten in my twenty years of existence. The best burger. I’ve put a picture up so you can see what it looks like. You should definitely go to this place when you visit Bondi, and remember, go hungry.

Yes, yes, I also went jet boating on the Parramatta. It was hands-down the best experience in the entire trip. So there are a few adventure boats docked in Sydney Harbour. I went onboard the Oz Jet Boating agency and while it was a shit load of money for thirty minutes or so activity, it actually turned out to be one of my favourites. I think it’s definitely a must-do activity when you’re going up to Circular Quay.

If you’re planning on visiting Chinatown, you should visit it on a Friday. There are small artisanal shops, food stalls, magicians, open-air music–all kinds of things that you didn’t even know you wanted displayed on one long street quite close to Darling Harbour. I mean, I ended up getting a fake tattoo of all things! And a kind of pop up art piece which till date sits on my shelf (though it’s gathering dust). It’s chaotic and wonderful and something you should not miss.

I think you can always spend an evening watching a nice play. Of course, that really depends on personal taste. Quite luckily during my stay, there was this wonderful play called Mamma Mia (yes, that one) running in the theatre very close to where we were staying. So we shelled out 69$ on the cheapest tickets and watched the two-hour play. It also marked a first for me and it was an experience that I enjoyed enough to put it on the list. Perhaps, you’d also be lucky enough to have a famous play running on your next visit to Sydney.

What’s a place unless you visit the local tourist traps? Well, in Sydney, you could get swamped with all the places that usual websites would suggest. There’s the Royal Botanic Gardens, Torongo Zoo, Luna Park, Madame Tussauds, and so on. So what we did was that – there one in Darling Harbour where you pay 60$ for a 3-in-1 experience of a zoo, an aquarium and Madam Tussauds. Was it worth it? Truth to be told, not really. But I absolutely loved Madam Tussauds so much that I’m actually embarrassed to admit it. I even purchased a 20$ Oscar which now sits on the same shelf with the pop-up art piece.

Have you ever visited Sydney?