13 Indian Villages That Are Unique In Their Own Way

It is said that India lives in her seven hundred thousand villages.Though urbanization has taken its toll and the rural youth is migrating to the cities in search of better opportunities and better living conditions but still, villages form the core of India. And every village of India has a different story to tell.

Here are 13 unique and unusual villages in India that will make you wonder if they really exist:

The soul of India lives in its villages.

Can you imagine a house without doors? Can you imagine sleeping in your house or going out without locking the door? But the residents of Shani Shingnapur village have no such qualms as their houses have no doors. No house in this village has doors. People keep their money and valuables out in the open and not in any almirah or locker. No thefts are officially reported in the village. In fact, the village has a lock-less bank too, the first of its kind in the country.

The villagers believe that God Shani (Saturn) punishes anyone who attempts theft. The famous Shani temple of the village is believed to be a jagrut devasthan which means that a deity still resides inside the temple. 30-45000 people visit the temple daily and on amavasya or no moon day, the visitors are approximately three lakhs. 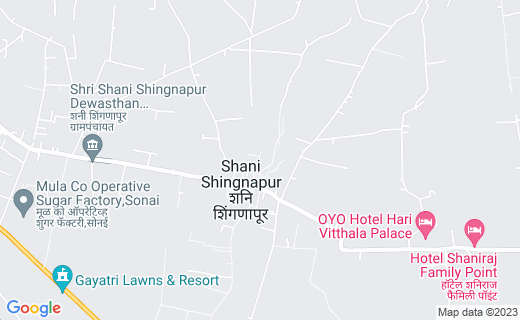 Kodinhi village in Malappuraam district of Kerala has more than 400 twins. Though it is rare for Indian mothers to give birth to twins, Kodinhi has one of the highest twinning rates in the world which continues to be a mystery for the researchers. Out of the population of 2000 in the village, 414 were born as twins or triplets. The national average rate of twins births is approx. 9 in 1000 births but in Kodinhi, the rate is as high as 45 in 1000 births. Inspite of much genetic studies and research, the researches failed to give any scientific explanation and attribute it to some natural anamoly.

Now this village is quite unusal as well as scary? Imagine entering a house and seeing snakes and cobras moving freely around! Well, such eerie and disturbing sight is a normal one for the villagers of Shetpal for whom snakes are family. Deadly snakes roam freely on the village streets and inside the houses. The people here do not kill the snakes nor do they live in fear of them. Every house has a resting place called devasthan built especially for snakes preferably in the hollow spaces of wooden rafters in the ceiling where they roost, feel cozy and comfortable. And even more astonishing is the fact that no cases of snake bites have been reported in the village.

Sanskrit is an ancient language in which most of the Indian scriptures are written. With time, the usage of Sanskrit has decreased and nowadays it is hardly used except by the priests during traditional ceremonies. However for the residents of Mattur village in Karnatka, Sanskrit is a way of life. Mattur is a tiny hamlet in Shimoga district of Karnatka and is situated on the banks of the perennial river Tunga. The villagers lead a Vedic lifestyle, chant the ancient texts and converse fluently in Sanskrit. More than 90% of the villagers converse in Sanskrit in their daily lives and ensure that the ancient language flourishes in their village. It is amazing to see how this remote village is trying to keep Sanskrit alive!

Now this one is really ludicurous! Residents of Rongdoi village in Assam marry off wild frogs to please the Rain God Indra so that He blesses them with good rainfall. Wedding of frogs is conducted in a traditional way with all the rituals that humans follow.

The remote village of Barwaan Kala in Kaimur Hills has not witnessed a wedding in fifty years, making it a 'village of bachelors'.The village has more than 150 bachelors in the age group 16-80 as the village is quite unpopular among the girls due to its poor infrastructure and inaccessibility. The consistent efforts of the locals towards building roads bore fruit when the village welcomed its first bride in March 2017. The villagers themselves built a six km stretch of road, cutting through the hills and forest. It took them seven years but this reduced the circuitous route of 40 km to the block headquarters to just eight km and made the village accessible.

India's way is not Europe's; India is not Calcutta or Bombay. India lives in her seven hundred thousand villages.

The cursed village of Kuldhara in Jaisalmer district of Rajasthan has a chilling tale to tell. It was once a prosperous village and was inhabited by Paliwal Brahmins. Fearing brutal acts of the Diwan Salim Singh, the villagers deserted the village overnight in early 19th century and went to an unknown place. Nobody came to know about their whereabouts ever after. It is said that before leaving, they cursed the village and as a result, the village has remained deserted and haunted ever since.

Punsari village in Gujarat is a modern 'model village' with all the modern amenities. The village which didn't have electricity and clean drinking water a decade ago now boasts of WiFi, CCTV cameras, solar-powered street lights, a public addressal system, two schools, health centres, and everything else that a city dweller enjoys. The village's young headman Himanshu Patel shares that the village has been visited by more than 300 officials from all over India so that they can study its development model and replicate the same in their respective states.

Villages in India are considered as poor and drought-prone regions. But this wonder village is an exception. 60 of the 235 families residing in the village are millionaires, thus making it the richest village in India. And so it is rightly called as the 'village of millionaires'. The village has the highest per capita income in the country. The villagers earn an average of Rs 30,000/- per month.

Mawlynnong is a small hamlet in East Khasi Hills of Meghalaya and was granted the title of Asia's cleanest village in 2003. It is often referred as God's own garden.

Cleanliness is a way of life for the villagers. Every villager takes the onus to keep the village clean. It is common to see the villagers picking up leaves, cleaning the roads and throwing the litter in the dins. Garbage bins made up of bamboos are placed in every corner of the village.

Electricity is still a luxury in many Indian villages but Dharnai prides in being India's first fully solar-powered village. With the help of Greenpeace, the village installed a solar-powered micro-grid providing 24×7 electricity to its houses and streets, thus making the village energy-independent. 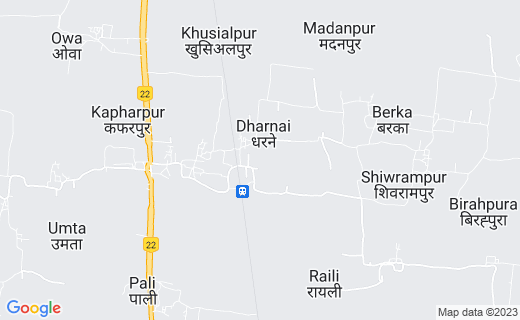 Jambur is a mini-Africa in Gujarat. This village amidst the Gir forests is home to the Siddi tribe, originally Bantu people of sub-Saharan Africa. The community follows most of the Indian rituals but adheres to marrying within their own tribe strictly. The tribe speaks Gujarati fluently and celebrates all Indian festivals.