The Best Place to Move in North Carolina

Number One: The Economic Advantage of Technology Advancement

Two cities in North Carolina have been recognized on the list of American suburbs that are the Best 25 Places to Move for work in the USA. Forbes.com determined this list in July 2009 and found these cities to have the highest percentages of residents moving in from other states and countries. Apex NC is Number 3 on the list, Cary NC is Number 8, only 7 miles apart and a short distance from State Route 1 near Raleigh NC.

Cary, North Carolina is expected to continue population and land area growth from 2009 - 2020s. This estimate by federal, state, and local governments and economic development agencies is founded on the facts that Cary

While many of the companies are high-tech and aide in developing emerging technologies, industries, and new jobs; other of these companies are retail and service originated. In fact, the Research Triangle Park enjoys its own commercial district, just as the Pentagon in Washington DC offers an onsite shopping mall. Further, a specialized cuisine in the Research Triangle has given rise to celebrity chefs publishing cookbooks and participating in Cable TV cooking shows.

The Research Triangle includes the large metro areas of Raleigh, Durham, and Chapel Hill NC, from east to west, and the smaller cities of Cary and Apex from east to southwest. Cary is within roughly 30 miles of any of the other cities mentioned. All of these areas have increased in population size in the 1990s and 2000s, with Apex and Cary on the Forbes list of the 25 Best Places to Move for work at Numbers 3 and 8, respectively. A majority of the local populations of both Cary and Apex were born in either a different state or a different country, and people continue to migrate into the area.

Given continued growth in the Research Triangle Region (RTR) through the 2010s and 2020s, the area encompassing the five cities mentioned above will become a large designated metroplex.

This type of development has occurred similarly in Ohio in the Ohio Space Corridor that extends from Cincinnati, Ohio and Florence, Kentucky upward through Dayton, Fairborn, and Wright Patterson Air Force Base. Workers commute from as far away as one end of the Space Corridor to the other; the same is likely to occur in the Research Triangle.

Cary NC supports a growing population of over 117,000 residents, as of 2012. The largest driving force for Apex growth is decidedly the Research Triangle Park. It helped to quadruple the population of Apex from 1900 - 2000 alone. As the largest research park in the US, set within the 8 counties of the RTR. it celebrated its 50th anniversary in early 2009.

The Research Triangle has been recognized by Forbes.com as the Number One Best Place for Business & Careers in the US, according to the RTF website.

The Unversities of the Research Triangle

Background of the Research Triangle

This research park has operated since the 1960s and the anchor company is the SAS Institute, the internationally known statistical programming and software business leader.

SAS programs are used in statistical analyses and educational classes at nearly every college and university in America, as well as in government and private business. These programs are constantly upgraded to provide the most accurate and revealing results in analysis.

Raleigh NC surrounds the Research Triangle Region (RTR) on the north and east sides. Research Triangle Park and Morrisville surround the RTR on the north and west sides. Apex and Holly Springs NC lie at the south border of the RTR and is on the western border. Cary NC is near the center of the region, largely in Wake County, with a portion of the city in Chatham County.

The federal and state governments estimate the following jobs to increase rapidly, bu greater percentages, than other job in and around the capital of Raleigh, in Wake and Johnson Counties. This includes Apex and Cary and the Research Triangle..

Companies Hiring the Most Workers 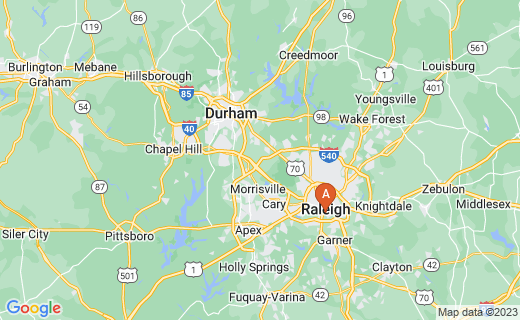 Jobs and Attractions Near Raleigh Suburbs