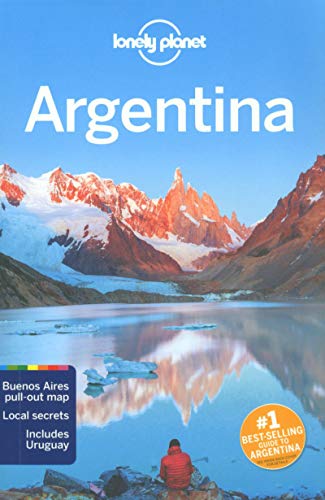 1. Argentina became a Spanish colony in the late 1700s. It regained its independence after a brief struggle with Spain in 1815.

2. Argentina has a wide variety of sports that it plays. However the most famous sport in Argentina is Soccer

3. Argentina has a population of over 45 million people most centralized in major cities like Buenos Aires. The rest are scattered around the high wine country.

4. Buenos Aires is the capitol of Argentina. It has some of the most historical and traditional places to visit in all of South America.

5. Argentina beef is the most requested around the world for its flavor and natural properties. The cows in Argentina are only range fed. They have a very strict diet with no added preservatives after they are butchered.

6. Outside major cities poverty is still an issue for many Argentineans. This is due to the lack of infrastructure that is apparent out of the major cities.

7. Argentina has a military force of over 100,000 volunteers and is growing each year. There largest military branch is the Argentinean Navy

8. Argentina was one of the first South American countries to accept radio into the general public in the late 1920s

9. Argentina is considered a large producer of wine, not as popular as French wine but comes very close

10. Looking for the elusive crocodiles they are a major problem for farmers and rural communities with over 100 reported deaths by crocodiles each year

11. With recent weather recording around the world the highest and lowest temperatures ever recorded have come from either end of Argentina

12. The Argentina navy is the largest sea force in South America. It is constantly on patrol in the Pacific coast patrolling and policing the waters for pirates.

13. The monetary currency of Argentina is the Peso. The Peso has gained a lot of traction since it was revalued in the early 2000’s

14. Argentina has the highest rate of plastic surgery in the world with woman going to the maximum or more yearly

15. Argentina has a national sport besides soccer it is called Pato. This sport is a mix between basketball and Polo.

16. There are a lot of mountains in South America Argentina has the tallest one called Aconcagua. It is part of one of the largest mountain ranges in the world the Andes Mountians.

17. Argentina has an unusual tradition the president is considered the god parent of any child that is born 7th to a family it started in the early 1900s

18. The first settlements in Argentina were in the Patagonia territory about 13000 years ago. You can still explore many of the ruins that were original settled by the Indians that created them

19. After Argentina declared independence they also fought a long civil war which the federalist overcame the unionist

20. Argentina has gone through 5 types of governments since its independence. It is currently a constitutional republic similar to the United States.