Hotels are meant for a comfortable stay while you are travelling. But imagine if you have to encounter a dark and mysterious setting and your night is disturbed by paranormal activities! Scary, isn’t it?

Here are a few haunted hotels in India which have some spine-chilling tales to share:

This palace was turned into a heritage hotel about four decades ago. Indians were ruled by Britishers for almost 150 years. The first war of Independence started long back in 1857 and so did this ghost story. The hotel is said to be haunted by the ghost of Major Charles Burton who was a British employee and lived at this place along with his family for thirteen years. He was brutally killed along with his family here during the Mutiny of 1857. Since then the ghost of Major Burton is said to roam in the corridors and various witnesses have claimed to have seen or experienced it. The staff in subdued voices often talk of an English voice being heard by the watchmen that says Don’t sleep” followed by a sharp slap. 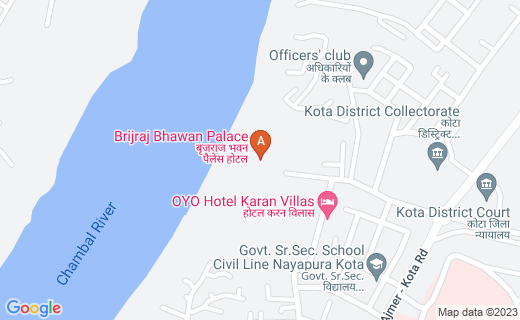 Fernhills Palace was the erstwhile summer residence of the royal family of Mysore.The first Fernhills bunglow was built in 1844 as a private residence and resembled a Swiss Chalet. Spread over 50 acres of green lawns, stylized gardens and dense woods, it offers spectacular views of terraced te gardens and the lush green valley. It has been shut down after repeated incidents of paranormal activities. The hotel shot to fame during the shooting of Bollywood film ‘Raaz’. Famous choreopgrapher Saroj Khan and her dance troupe checked in late at night but were unable to sleep due to the noises from the floor above. They found that the phone lines were dead and so someone went downstairs to complain at the reception. The receptionist escorted them out to show that there was no floor above.

The Savoy is a classic, luxury hotel in Mussoorie which is built in English Gothic style architecture, mostly in wood. Spread in over 11 acres, this luxurious hotel was built in 1902. The hotel became haunted after Lady Garnet Orme, a 49 years old spiritualist was murdered in the hotel in 1910 by poisoning. The murder was never solved and her doctor was also found dead due to posioning a few months later. The corridors of the hotel are said to be haunted. Agatha Christie’s first novel ‘The Mysterious Affair’ was inspired by this hotel. Ruskin Bond’s ‘A Crystal Ball- A Mussoorie Mystery’ is also said to be inspired by the same.

The Taj Mahal Palace Hotel is a five star heritage hotel in the Colaba region of Mumbai. The hotel contains 560 rooms & 44 suites and has hosted many distinguished guests including Presidents to business tycoons and showbiz stars. W.A.Chambers, the architect of the hotel on his return from a vacation to his country found that the front of the hotel was constructed in the reverse direction. He was so depressed at this serious mistake that he committed suicide by jumping off the fifth floor of the hotel. Several staff members have claimed to see his ghost in the old area of the hotel. Someone is often heard crying in the corridors.

Raj Kiran Hotel in Lonavala is not a big hotel but haunted for sure. Several paranormal experts have confirmed this hotel to be haunted. A room behind the reception on the ground floor is said to be haunted. Guests who have stayed in this room have claimed that some invisible force pulled off the bed sheet when they slept. Some claimed to have seen a blue light when they woke up in the middle of the night. Ghostly apparitions keep floating in this room. The guests who have stayed here complained of experiencing strange things in the room and requested to change the room. An eerie silence always prevails the room. After repeated complaints from the guests, the hotel management has stopped renting that particular room and it now kept vacant and locked.