Top 5 Reasons You Should Travel

Are you stuck in a routine where day in and day out it is always the same - wake up, go to work, come back from work, have dinner, go to bed, and then do it all over again the next day? Its depressing isn't it. You have that feeling that there is something missing. A hole that needs to be filled. An urge that needs to be attended to, that urge being, to just get away, take a holiday or a trip to escape to a unfamiliar place where you can experience something new and away from everything that you now call your life.

Trust me, I know that feeling as well as anyone. I was 17 when I first got the urge to travel. Coming from a small town in New Zealand, which was mostly surrounded by farm land, I got to a point where I just wanted to get away, to experience something that was beyond cows and farms, because to tell you the truth, I was bored. I had just finished my 12th year at school, and the idea of going back for the 13th year, to me, was like watching paint dry, pointless and boring.

At the time, I wanted to pursue acting so I auditioned for an acting course in Auckland. I didn't get accepted, they told me that the course was very demanding and for someone of my age, they felt that I needed some more “life experience”. So thats exactly what I did. I used websites like bing travel and skyscanner to find cheap flight tickets (well as cheap as you can get when flying that distance), checked up on any useful travel news, packed my bags and then I was off. I moved away from everything I had ever known, my family, my friends and my comfort zone. After 24 hours of what had to be the longest flight I have ever taken (Via San Francisco, where I slept on the floor of the airport for the 4 hours I had between my two flights), I found myself at the beginning of a new chapter in my life, this chapter being in Germany.

In the space of a year and a half, I have lived in 3 different countries, learnt a new language (in the process of learning a second), made so many new friends from around the world and seen so many new places and experienced new cultures that most people can only dream about, and the best thing about it all is that I am still only 19 years old. I had people tell me that I was crazy to be traveling around at the age of 17 but I found it as a challenge, a challenge to prove to all those people that you don't have to be a certain age to travel, you just have to have the right mind set.

So if traveling is so great, then why isn't everyone out traveling the world? Between the fear of the unknown and of just getting up and leaving that little comfort circle that you have grown so accustomed to, some people aren't willing to risk it, but i'm here to tell you why you should get out there and make the most of what we are lucky enough to have access to. So why is it worth it? Let me give you five reasons…

Which continent would be your first choice of travel?

When I say Education, I am not meaning going overseas to study, I am talking about the education of life. My mum always said to me that the best and most rewarding education life can give you comes from traveling. At the time I didn't really know the full meaning of what she was talking about, but after experiencing it myself I now understand the benefits.

Traveling gives you so much more than being able to see the sights of the world. It gives you a chance to learn things that no text book or lecture could teach you. You are thrown into situations that help you grow, and mature in so many different ways. You are taught how to deal with different people and circumstances that come your way.

Coming overseas has made me grow up and mature a lot faster than many people my age. I always find it interesting to get people to guess my age, and their expressions when they find out. When I was in Germany, I was working as an Au Pair for a family with 4 girls (ages 1,5,9 and 11). Whilst most of my friends were out partying, I was at home doing things like ironing and looking after a baby. Ok not the most ideal situation for a 17 year old but during this time I learnt so many valuable lessons (and it wasn't all sitting around playing mother for a year, I also got the opportunity to travel around and see a lot of Germany.

The Travel Book: A Journey Through Every Country in the World (Lonely Planet)
Buy Now

This is one of my favorite elements about traveling, is the element of self discovery. You have people that grow old and die, not knowing their true selves. Traveling puts you in situations that leads you to a grand discovery of finding out really who you are. You are blessed with the chance to experience new cultures and new levels of spirituality within yourself.

Within the past year and a half I have learnt more about myself whilst traveling than in the first 16 years of my life. People will go to extreme lengths to find out their true calling, find out the true person inside of themselves just waiting to be discovered.

Traveling alone is one of the best ways to self discovery, you find that being on your own gives you a chance to really get to know you, and learn to love and come to terms with every part of yourself, inside and out. I found also that practices like Pilates, yoga and meditation helped generate that. I know so many people that cannot bare the thought of traveling alone, for me I have learnt to love it. Even when I am with people, every so often I like to take time out for myself, to just plug in my ipod and go for a walk, it doesn't have to be anywhere in particular, but just getting out of the house does wonders for my head.

Traveling gives people a greater awareness of the world around us and what's really going on in it. Sure you could be sitting at home, watching the news and surfing the internet, and think you have a good general awareness of what is happening in the world, but it is nothing compared to actually being in that place and experiencing it face to face.

I have a friend who told me a story about how he was diving in the Indian ocean and was literally having masses of rubbish around him. The effect that had on him is 100 times more greater than what it has on someone who sees it on the television.

Its one thing hearing it through something or someone else, but to actually experience it for yourself has a greater impact and really hits you harder. Sometimes it takes an experience to make a change. Like my friend is now totally against pollution and littering, and really puts it into action because he knows the true consequences of it.

Just imagine being able to say that you traveled the world, or even just to some parts of it? Being able to look back and tell your grandchildren all your stories about your mind blowing adventures.

The world beholds so much wonder and beauty that we cannot even begin to imagine, and to say that you have experienced even just a little piece of it, is an achievement in itself. I always believe that you have the ability to be/do/ and see anything that you desire, you just have to believe and use the energy inside of you to manifest that things you want in life. There are always times when you may doubt yourself and ask “can I really do this?”. Like they say in the movie/book, The Secret, you have to focus all your energy on the positives and the things you want, not the negatives, and the universe will bring in to you. So if you believe you can travel the world, then thats exactly what you can do.

People have this perception that traveling is a hard thing to do, and that it requires a lot of money and effort, but in reality it's not really like that. Travelling is as difficult as you make it out to be, if you put more stress on yourself than what's necessary, then thats your doing. Especially when it comes to sticky situations, remember to stay cool and positive, because negative thinking leads to more negative situations.

As for the money situation, you would be surprised on how far you can get with just a little bit of money. Sorry but this does not include five star dining and wining but instead a little bit of slumming it in hostels and toning down the shopping sprees. Though its not really as bad as it sounds, now a days you don’t have to pay a lot to get decent quality experiences, you just have to know where to look. For example when I was experiencing London for 4 days, I didn't spend as much as I had planned to spend. I got a cheap hostel in Paddington (which was across the road from the Hilton hotel). Not only was it cheap, but I also got a great experience, meeting people from so many different countries, which I don’t think you would get in any 5 star hotel. 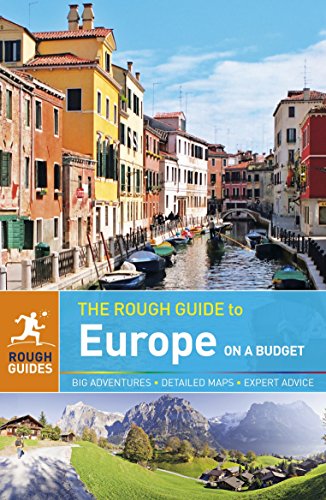 How to Travel the World on $50 a Day: Travel Cheaper, Longer, Smarter
Buy Now

So are you convinced to get yourself out there and travel the world? We live in a place full of beauty and wonder, all we need to do is just get past that fear of the unknown, and go find out what we are missing, you will be surprised at what comes along and the things you will discover, not only about the world but also within yourself.