A Glimpse Into A Tropical Paradise!

Why not?! Puerto Rico is a very cultural-rich island offering many amazing activities, places to visit, historical landmarks, architecture, restaurants, hotels and many more. Here's some of the things I would recommend you check out while you venture out to Puerto Rico.

Check Out The Condado Plaza Hilton!

The Condado Plaza Hilton was my choice of hotel while staying in the San Juan area and it did not disappoint one bit! Located in the heart of San Juan, The Condado Plaza Hilton offers a Starbucks in the lobby, as well as a Denny's, gift shops, bars, lounges and beautiful views overlooking the ocean. You're in for a great time while staying here. It includes restaurants like Chili's and stores such as Gucci and Louis Vuitton at walking distance. Hotel views from the rooms that offer a balcony are absolutely breathtaking. 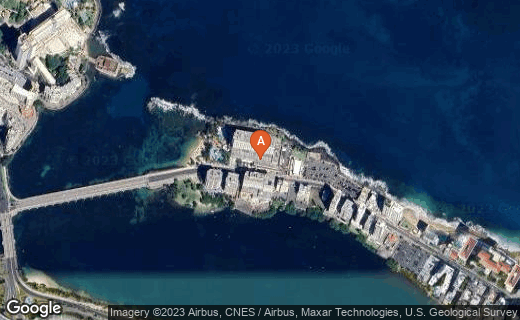 An amazing hotel with plenty to offer to it's visitors. Located in the heart of Condado, San Juan's premiere district for night life and shopping.

View From My Balcony at The Condado Plaza Hilton!

Another View From Hotel Balcony

Do You Think You'll Be Visiting Puerto Rico Anytime Soon?

There is so much to see and do on this island that you will be exploring and discovering new activities and learning what to expect as you venture on.

A Little About The Climate in San Juan

Of all the months throughout the year, June is the hottest month in San Juan with an average temperature of 28 degrees Celsius (Which is 82 degrees Fahrenheit) and the coldest month is January, which averages 25 degrees Celsius (77 degrees Fahrenheit). The wettest month is November with an average of 157mm of rain. Mind you, there are random rain showers throughout the day that can last as little as 5 minutes even on the sunniest days. Bringing an umbrella with you during exploration would be very wise.

View From Outside Terrace Area of Hotel

Definitely Check Out A GoPro! 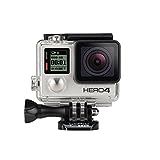 GoPro Hero4 Silver
Records in 1080p HD and is definitely worth every penny on such an adventure! You'll want to capture every exciting moment you have while visiting the island! I have used this for many of my explorations and it achieves something special that any other camera just simply cannot compete with. Remember, quality over quantity! This GoPro will certainly shed light on its features when put into proper use. You can move fast paced and still get a crisp image quality. Want those underwater shots while visiting the beautiful waters of Puerto Rico? Then this camera is for you, my friends! It's size make it very ideal for travel while visiting any part of the island. Its reputation suits it well. The capacity of the GoPro is one of the many reasons why I always recommend people to travel with it. Large things sometimes come in small packages! When you are finished recording, editing this amazing quality footage will be a breeze! Don't have any video editing skills? No Problem! Plenty of people are out there who can lend a hand for a few bucks. You may want to purchase a selfie stick for the GoPro while you're at it! Personally, this is a necessity when traveling anywhere.
Buy Now

1) San Juan was originally the name of the mainland before taking on the name of "Puerto Rico".

2) Outside of the mainland of the U.S., San Juan is the oldest city in U.S. territory.

3) El Morro, which is a huge landmark in the capital, dates way back to 1540. It stands 140 feet above the sea and has an 18-foot-thick wall. It served as a defense barrier back in the day.

4) San Juan is the most populous city in Puerto Rico and also has the highest density of vehicles in the world with about 4,300 vehicles per mile.

5) The best part about visiting the Island is the hassle-free fact that U.S. citizens do not need a passport to visit the island!

This Map Is Very Useful!

Puerto Rico (National Geographic Adventure Map, 3107)
I purchased this about 2 weeks prior to my visit to Puerto Rico and it didn't upset! It is very informative and gives great suggestions to different activities around the island. The insight on the roads is so valuable to have with you as you venture off. Personally, I recommend you take a brief moment wherever you are staying and really study this guide as much as possible, as it surely will come in handy as you travel. Don't know where to eat? Don't know what to wake up and do tomorrow or the following day? Look no further because this is your one stop guide to practically everything you need for traveling the beautiful island of Puerto Rico. It came in handy for me while I was visiting the island and I know it will serve you well, as well. During my stay, I never left my hotel room without it and I'm very thankful now that I did not. I can honestly say that my vacation would not have been the same had it not been for this excellent book/guide. Definitely worth looking into and bring a marker to mark off the places you've been and to make note of the places you desire to explore. Trust me, it makes a difference! I would recommend it for first time visitors to Puerto Rico. Thank me later!
Buy Now

La Voz
One of the most decorative and well known Salsa artist to ever come out of Puerto Rico is none other than Hector Lavoe. I purchased this CD and listened to it in my rental car the entire time of my travel. I must say - it made a HUGE difference in my time on the island as it gave me a real cultural vibe.
Buy Now

Bring a backpack just in case! 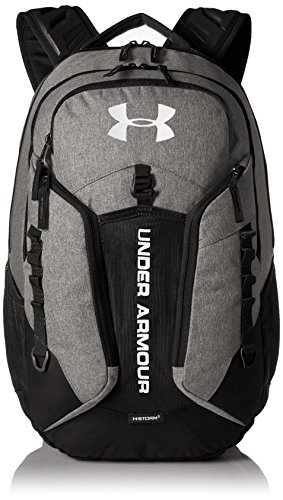 Under Armour Storm Contender Backpack, Graphite (040)/White, One Size Fits All Fits All
This Under Armour backpack is my backpack of choice. Served me well during my trip and allowed me to bring snacks and change of clothes just in case. Never know what you'll run into! it is very spacious and stylish. I put my camera in here in a certain compartment and it held up nicely. As any veteran traveler knows, you may be faced with random situations where you will wish you had some space to carry a thing or two you may find along your journey. This is perfect for many uses and it very light in weight (depending on what you load it up with, of course!). Try to make the most out of your adventure by using this backpack to carry your souvenirs and/or clothes you may purchase. Another reason why is always important to have extra room. I can's say enough good things about this backpack and the amount of savings it has provided for me along my many journeys! Check it out for yourself and let me know how you liked it during your travels! Thank me later, my friends!
Buy Now

The Architecture is Amazing!

Old Landmarks are all over San Juan - Get that GoPro ready!

They have a Wendy's in Old San Juan!

Here's a quick question for you!

Which best describes your urge to visit San Juan?

Security are always present in populated areas so safety is no issue!

Some say this spot is haunted!