Holiday Guide To Exploring The Bodrum Peninsula, Turkey By Scooter

You're going to need at least one of these!

Bodrum is on the west side of Turkey and is situated on a peninsula. This peninsula is small enough to explore on a scooter or motorbike. If you're on holiday there, there seems little point staying at the same place as the different towns/villages are quite different. If you're going there then this guide to what I found there will help you to get a taste for the place as I'll share some info on what the places are all about.

I've been to Turkey three times now, staying at Fethiye, Side and now Bitez. At all of these places I rented a scooter and explored as much as possible. I've always done that every holiday I've ever had, so have ridden scooters around India, the Caribbean, Majorca, Thailand, Croatia, The Philippines and Australia. I like exploring! 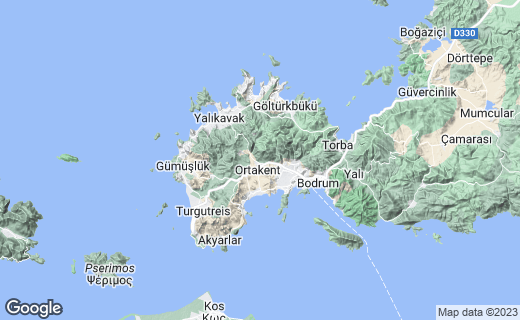 This is the map I used.. Not the best but it worked out alright!

When I went I stayed at Bitez, which is fairly close to the main town of Bodrum. I stayed there because a friend works locally and we wanted somewhere that was pretty close so we could meet for drinks. I won't say that this is the best place in the whole of Turkey, but it wasn't too bad as a base as it's pretty central so you can get to most places pretty easily. The beach is pretty nice as it goes, it is fairly busy, but I've certainly seen worse.

The one thing I would advise if you're eating in Bitez is to be careful which restaurants you visit. The ones on the beach front look nice, but to be honest the food wasn't up to much. Or at least wasn't on the ones we visited. The problem is that they tend to cater for tourism a little too much, so serve up pizza, burger and chips at most, whereas when I'm in Turkey I want to eat quail, kebabs and fresh fish. There was a fish restaurant that I found on the last day (standard procedure) which looked good though. The best food I found was out of Bitez though, so you'll probably find that having a breakfast then getting on the bike is the best bet, although I'm happy to be corrected if anyone found any excellent restaurants there.

The view from Bitez beach

Of course wherever you choose to stay, then you're going to need a scooter to get around. I rented mine for 180 lira for 6 days. I could probably have shopped around and got it a bit cheaper, but to be honest I couldn't really be bothered and of course most of the rental places at these tourist hotspots tend to charge similar prices anyway. I got a 100cc model, if you're going to scoot around then I would always recommend at least 100cc as a 50cc are just too slow. When we go on holiday we both use the same scooter, so 100cc+ is necessary.

I wouldn't recommend giving your credit card details over, although I was asked to do so. I gave 100 lira deposit instead. My passport wasn't involved at all, although my driving licence number was taken. As a side note, when I was younger I was held to ransom in Thailand over my passport after a scooter rental and ended up having to pay a bribe to get it back, nowadays I don't hand it over other than for a number. Don't let anyone keep it as they don't actually need it at all. If they insist, just walk.

Anyway, we got the scooter and set off round the peninsula...

Clockwise around the coast road. Aspat is the highlight

If you're going to travel round the peninsula, then you might as well use the coast road. If you really want to use the highway then it's easy enough to find and runs through the centre of the peninsula. However the sites from the highway aren't particularly great and of course you have buses and other large vehicles to contend with. If you're on holiday, just take the coast roads instead!

Around the southern tip of the peninsula it's pretty nice really and there are some fairly nice beaches to see. The highlight for me was Aspat beach. This is a hotel that has its own private beach, with a pier. We weren't staying at the hotel, but walked through anyway and went onto the beach. It's in a very nice cove and has very few residents. There is a nice pier at the end, so if you want to dive off the pier and then float in the sea, you can do that. There are 3 ladders there so you can climb back up at any point. It's a great place.

This is Aspat beach. It looks better in the flesh, but you get the idea

Turgetreis and Gumusluk on the west side

If you travel around the southern tip of the peninsula then you go through karaincir and aykarlar. These are relatively unremarkable places, but the actual coast road itself is nice and gives a great view of the sea as you're often pretty high up. As you travel round, then you start heading up towards Turgetreis. This is the second largest town on the peninsula after bodrum. In my opinion Turgetreis was a nicer place to be than Bodrum. 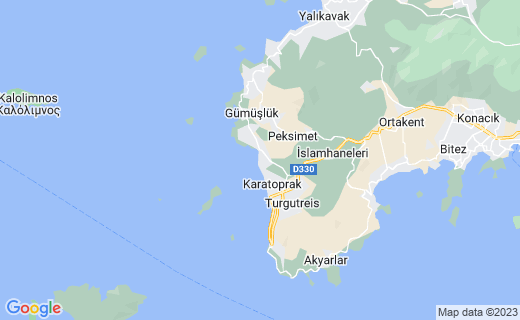 Turgetreis harbour. A nice place for a coffee and a bite to eat

This is another view of Turgetreis, near the beach

Gumusluk is one of the nicest places on the peninsula in my opinion. It is very quiet and relaxed with some excellent restaurants. They all have fresh fish on display and also mezes ready for you to choose. What was nice there was that as we chose the mezes, they were brought to the table as they were cooked. The view is great as you're looking out over the harbour and if you want to then you can walk out to the nearby island, rabbit island across the sea as it is very shallow. Definitely worth a visit.

This was a starter with one of my meals

A restaurant in Gumusluk

A view from Bodrum harbour

Torba is on the east side of the peninsula. It is certainly more upmarket than a lot of the other places. As we pulled in on the bike, then we noticed there was a brand new Ferrari parked up next to one of the restaurants. That seemed like the place to go, so we walked down onto the seafront and ate at an excellent restaurant there. You are sitting on the side, it isn't really a beach, but rather a slabbed area, but it is very pretty and the water is clean and clear to your side. All the way through the trip we ate fresh fish and the meal we had from here was delicious.

After we had explored around the whole of the coast all around the peninsula, we decided to head east down the coast road there. I'm extremely glad we did this, as we found a real gem of a beach. It had about 10 locals there, no vendors or any tourism whatsoever and was an excellent place for a swim with shallow, extremely clean and clear water. To get there we rode out past bodrum heading towards the airport direction, then took the turning towards ciftlik on the right. Another 16km down there and we came across a lot of nice places, none of which were in my lonely planet guide book, but all of which were very beautiful.

You want to stick to the coast road as much as possible of course. If I was going to tell anyone visiting Bodrum a place to go, then this is where I'd tell them as when you go down there then you find some relatively untouched places, which I always prefer when I'm exploring around.

This is the rough area I'm talking about 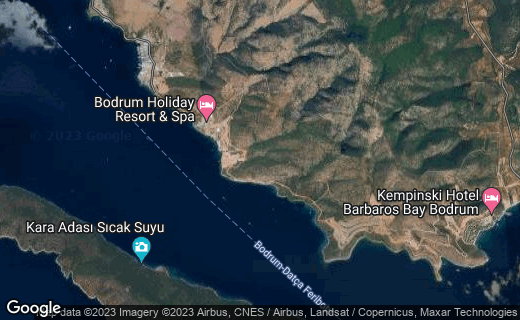 This is the beach we found, it's just past the east side of the peninsula, on the way towards Ciflik

The other parts of the peninsula that we visited were all along the north coast side, including Turkbuku and Yalikivak. This is where a lot of Turks go to holiday and it has a reputation for being an exclusive and expensive part of the peninsula where you may see Turkish celebrities. Of course as they're not far away they're worth a visit, but I struggled to see why they were classed as exclusive places if I'm honest. But then I'm the sort of person who likes to see unspoilt beaches and quiet villages, that's not what those places are about. Still worth a look on your tour though.

To be perfectly honest for the sort of holiday I enjoy, which is looking at a lot of historical sites, quaint villages, ruins, deserted beaches etc Bodrum isn't the best for this. Both Fethiye and Side were better, maybe not the actual places themselves, but there was a lot stuff accessible with an hour or so on the scooter. The Bodrum peninsula has been fairly built up in comparison to those places. However there are still some really nice places to be found so don't discount it completely.

To sum up I'd say if you do go to Bodrum, then the west side and east of the peninsula are the real highlights. Whatever you do, don't stay in Bodrum town centre and not leave! When you get back tired from your day of scooter riding and swimming on nice beaches, to see the rest of the hotel guests in the same position you saw them that morning, bored by the pool then you'll know you made the right decision to explore around the place!

If you have any comments, then please leave them below. Thanks for reading!

Get on your bike and ride!