A Guide to Drum Castle

Drum Castle is one of Aberdeenshire’s and Scotland’s top historic attractions; and the combination of 13th century, Jacobean and Victorian architecture makes it a unique one.

Drum Castle has seen its fair share of action over the centuries, but has survived intact into the modern day, and is now open to the public as one of Royal Deeside’s attractions. 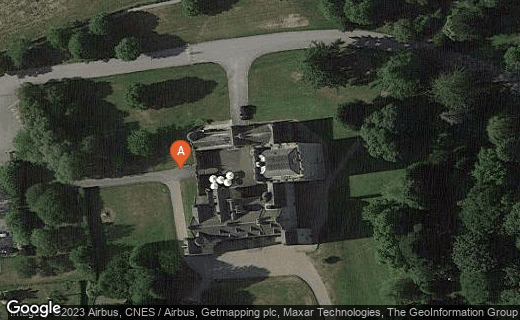 The Location of Drum Castle 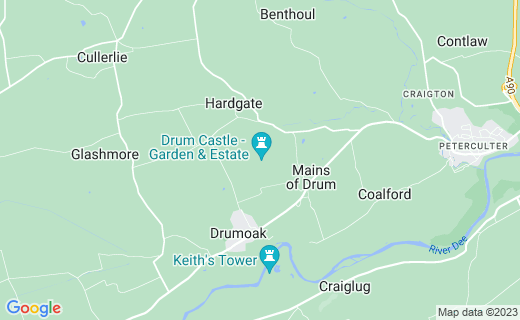 The Early History of Drum Castle

A square tower from the 13th century is the oldest part of Drum Castle, and this square tower is one of the three oldest in the whole of Scotland. The positioning of the square tower was partially as a royal hunting lodge, but also a place to monitor comings and goings along the ancient trackway that is Elsick Mounth.

Improvements and expansion was undertaken by William de Irwyn and his descendants, and thereafter, Drum Castle became the seat of the chief of Clan Irvine, and would remain so for 650 years.

It was during the 17th and 18th centuries that Drum Castle came to prominence though.

Drum Castle During the Civil War

The prestige and wealth of the Irvines was never greater than at the start of the 17th century, and a large Jacobean extension was added to the square tower in 1619. It was though, not long before Drum Castle was being used for the first time as a defensive structure.

In the lead up to the Civil War, the 10th Laird of Drum, Alexander, was a strong supporter of King Charles I, although the region surrounding Drum Castle was mainly Covenanter; the Convenaners being the Scottish equivalent of the English Roundheads. Thus it was no surprise that when war broke out, Drum Castle became a target for anti-Royalist forces.

A large force, under General Monroe, would lay siege to drum castle and with the minimal defences of the castle no match for the heavy artillery brought to bear, Lady Irvine had to surrender the castle. Alexander was at the time absent fighting.

Drum Castle was looted, and a hostile garrison took up residence. Briefly, in 1645, Drum Castle was back in Royalist hands, but when it was attacked again, it fell, and the castle and estate were again ruined.

Even with the Restoration, the fortunes of the Irvines never fully recovered, and the Drum estate was sold off.

Drum Castle During the Jacobite Rebellion

In 1736 the estate was brought by the Earl of Aberdeen and the Commissar of Aberdeen, Patrick Duff of Premnay. This pair divided much of the land between them, but they did give back to the Irvines Drum Castle and a parcel of land around it.

The fortunes of the Irvines did not improve though for over a century, as in the Jacobite Rebellion, they supported the Jacobite Stuarts. Having fought at Culloden, the then Laird of Drum had to hide in a secret room within Drum Castle, before he was secreted to France. Eventually though, it was safe for him to return to Scotland and Drum Castle.

The Chapel at Drum Castle

Castles of Scotland Past and Present
Buy Now

The Victorian and Modern Period

Eventually the fortunes of the Clan Irvine started to improve, and the next major improvements of Drum Castle occurred in 1876, with a large extension built onto the existing building.

Eventually though, the 24th Laird of Drum, Henry Quentin Irvine decided that Drum Castle and the 411 acres it is set in, should be left to the nation, and so in 1975, the National Trust for Scotland took over the running of Drum Castle and its estate.

Drum Castle is open to the public during the summer months, whilst the grounds are open for a longer period. Opening times and admission prices can be found on the National Trust for Scotland webpage.

Inside the house is a display of Clan Irvine memorabilia, and many old paintings and portraits. Drum castle is also particularly noted for its impressive library. Inside the castle is also a gift shop and tearoom.

There is a chapel and dining room also attached to Drum Castle, and as such the castle has proven to be a popular venue for weddings.

The grounds of Drum Castle include ancient oak woodland, and during the summer months, there is often some event organised within the grounds, including music events and car rallies. Drum Castle also has a walled garden that contains a Garden of Historic Roses, and also an arboretum.