One day many moons ago a great Algonquian Indian chief named Manabozho from the Hudson Bay area of Canada was angered by an ugly serpent of evil; accordingly, he severely wounded the snake with his mighty spear. This ugly serpent became so enraged that he cursed chief Manabozho and his people with a flood in their valley. But the wise Manabozho quickly built a raft of spruce logs for his tribe and some friendly animal people. No sooner had he built this beautiful raft and put his people and animals on it than the waters rushed in and the valleys were filled and the mountain ridges covered.

The raft floated many many days in a deep ocean with no land in sight anywhere. The women and children cried and the friendly animal people tried to cheer them up by saying the waters will soon go down. But their chief said to his people the only way that the flood will go away is for him to throw some grains of earth into the ocean, but he had no earth on his raft and the ocean was too deep for any man to swim to the bottom for some earth. All his people cried and believed that they would never see their lodges again. Just then, a friendly beaver said "I can swim and dive deep because that's how I build my dams and lodges." Everybody cheered and clapped their hands. Mr. Beaver dove overboard and was gone for what seemed like a very long time. Finally he popped up to the left of the raft so tired that he could not even crawl back on the deck. They helped him up and checked his paws but found no earth.

Everybody including the animals cried out loud. Then a friendly otter said, "I love to swim under water because that's how I play all day long." No sooner had the people's sobs changed to cheers than Mr. Otter dove overboard. He was gone even longer than the beaver. "I hope he did not drown," said one of the little Algonquian boys. Finally the otter came to the surface near the center of the raft even more tired than the beaver. He cried, and they knew that he too had failed to reach the bottom to get a handful of mud. Manabozho tried to cheer his people saying that when the two friendly animals had rested enough, surely they would try again.

But a timid muskrat said, "I am not much of a swimmer, but I would like to have a chance." Before the chief had time to say "okay," Mr. Muskrat was overboard. Hours later there was still no sign of him in the water. All had given him up for dead. Just then a little Algonquian girl asked, "What's that little brown head that I see to the right of the raft?" They dragged Mr. Muskrat on board. He did not even have the strength to open his paws. Manabozho opened one of his paws to see a little ball of mud and everybody shouted for joy way out in the open sea.

After the mud was dried by the sun, Manabozho said a prayer to the Great Spirit and threw the dust into the sea. Suddenly the mountain peaks of distant Ungava appeared and rocks and wet trees rose above the water. All was dry except for the ball of mud that had reformed from the dust Manabozho had throw into the water. The friendly animals silently left the raft for the very wet woods, and everybody thanked in their hearts the three corageous animals, most especially the muskrat. Only small puddles and ponds remained from the great flood caused by the serpent of evil, and Manabozho thanked the Great Spirit for all the animals and people who had been spared. Within days, lodges were rebuilt and people sang thankful prayers by their crackling fires.

*This story is based on an Algonquin flood myth recorded in rough form by Henry David Thoreau in his "Indian Notebooks." My source is from my own edited collection The Indians of Thoreau: Selections from the Indian Notebooks, ed. Richard F. Fleck (Albuquerque: Hummingbird Press, 1974). An expanded version of the Indian Notebooks is available free online at www.walden.org. It would be interesting to know if this story is still being retold to children by modern day Algonquin tribes in Canada. It probably is. 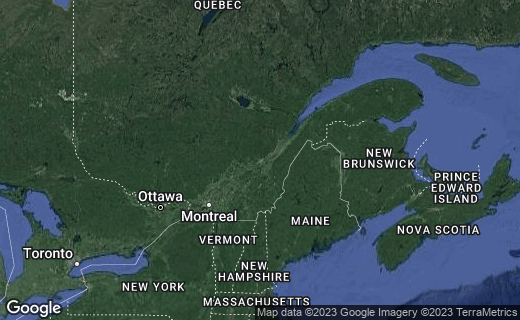