A Quick Guide to Visiting Catania

Catania is a city in the province of Catania situated in the east of Sicily, Italy. It is known for its architecture and lifestyle, a spectacular geographical location by the active Etna Volcano, its famous university and the spirit of the citizens, the Catanese. Catania rises between the coast of the Ionian Sea and the foot of Etna, about halfway between Messina and Syracuse. Nearby is the plain of Catania, 'A Chiana', one of the largest cultivated areas in Sicily. Its history is bound up with the volcano, Etna, dominating the area which has influenced the development of the city over the centuries. It would be wrong to ignore the seismicity/volcanicity of the area yet people have lived amid their famous geological features and the perturbation of the tectonic plates for centuries.

Some tourists travel to Sicily via Catania Airport, some staying in the city before going to the other resorts on the Ionian Sea and elsewhere in Sicily. The city has a number of hotels both within the city and towards the coast. There are several notable public gardens in Catania and also venues such as museums and art galleries. The city has retail shopping along its streets, and dining in cafes and restaurants. Catania has good transport links. The people from this area have their own dialect and are known for honoring their patron saint, Agatha (Agata).

Things to See in Catania

The city of Catania has many sites of interest, including churches, public gardens, a main cathedral, elegant squares. lively markets and streets with shops, cafes and restaurants. There are a number of museums such as a puppet museum and a cinema museum, and art exhibitions including those at the Sicilian Museum of Contemporary Art (Museo Arte Contemporanea Sicilia).

Catania Cathedral was rebuilt in a baroque style following an earthquake in 1693. It is found by the Piazza del Duomo and is dedicated to St Agatha (Agata), a martyr from Catania and the Patron Saint of the city. Catania also hosts a festival in her honor in February and August. Cakes known as Cassatelle di St Agata are available to commemorate the saint. The cassatelle cakes are related to the legend of the tortures of Agatha.

There are a number of public parks in the city including the Giardino Bellini and Giardino Pacini, dedicated to composers Vincenzo Bellini and Giovanni Pacini. Parco Gioeni is found at the end of Via Etnea. Boschetto della Plaia is found in the south of the city. The botanical garden of Catania, (Orto Botanico) run by the University of Catania, has both exotic and native Sicilian species.

The Fountain of Amenano by the fish market and not far from the Piazza del Duomo, is the visible sign of the city's subterranean river, The fish market itself is lively and earnest. There is a busy food and clothes market just off Via Etnea going uptown, in Piazza Carlo Alberto.

On Etna some moderate eruptions can produce a trail of ash from the peak which can be observed at a distance. It is always a spectacular sight. People from the area bear in mind a possibility of activity and related advice, especially those in villages near to Etna's slopes. From Via Etnea, Mount Etna can be observed on the skyline and it makes an interesting backdrop. 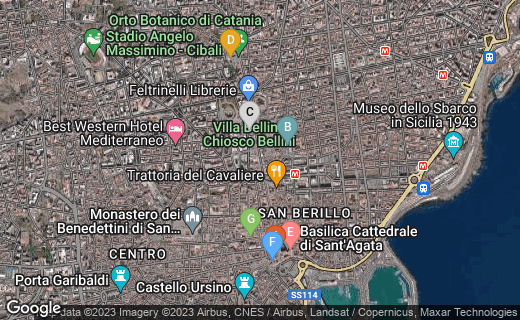 How to Get to Catania

Catania is served by its own airport, Catania-Fontanarossa and people mainly fly into Sicily via this route. There are also airports at Comiso in Ragusa province in the South for those touring the area and at Trapani and Palermo in the north-west of Sicily. From Trapani there are shuttle services to Palermo and from there, buses and trains. From Comiso airport there is access by bus or taxi to Ragusa and onwards to Catania or then by rail from Ragusa via Siracusa. From Catania airport there are buses, shuttles and taxis into Catania.

Catania can also be accessed by train from other Italian centres including the trains from mainland Italy. Trains to Sicily arrive at the Villa San Giovanni Port in Reggio Calabria and are then rolled onto a large barge which travels across the Strait of Messina to northern Sicily.

Buses are generally a good way of getting around Sicily from city to city and from the towns and villages particularly as many rural places are not always near to the rail route. Car hire is also a possibility at the airports.

In case of Etna activity, tourists can check local media and their government's travel advice and if concerned about changes to flights, travellers can contact their airline and insurance companies.

Things to See Near Catania

Tourists will not fail to notice the volcano, Mount Etna, viewable also from the City's airport, unless covered by cloud. Just over 30km away and rising to over 3000 metres, Etna is famous for being the most active volcano in Europe and the web has many spectacular images of its eruptions. Located in its own national park it cuts a distinctive shape above the skyline of Catania. It is possible to take a bus to the slopes of Etna then a cable car and hike. As a natural feature it can be unpredictable. In any case people should consult and follow guidance for weather and travel conditions as well as check insurance cover.

Catania is near to some beautiful coastline such as the beaches of Taormina. Just south is the historic town of Syracuse and within the area more beautiful baroque architecture, and also in the towns nearby towards Ragusa. It is possible to travel through the centre of Sicily to the city of Palermo and to visit beaches there, including not far away, the resort of Cefalu and the resorts near Trapani in the west. A publication, 'The Rough Guide to Sicily' by Rough Guides provides interesting detail on visits to the island of Sicily. Further detail on the history of the island can be found in the book 'Sicily' by John Julius Norwich. 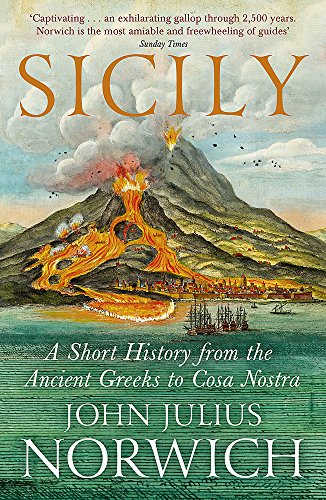 The Rough Guide to Sicily by Robert Andrews and Jules Brown 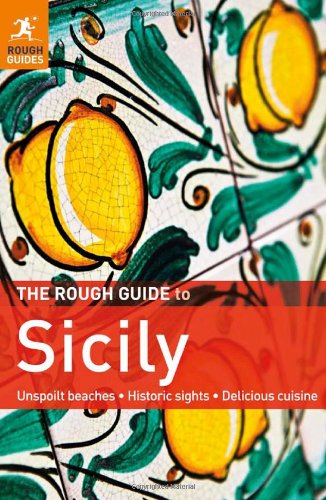