A Rough Guide to the Cinque Terre in Italy : Things to Do in Monterosso

Leaving from the local train station the walk to the old sector of Monterosso is full of ironic touches.

For a scenic town of colour and beauty under the Italian summer sun you are welcomed by the relatively dim beckoning of the entrance tunnel.

There are many such tunnels along the coastline of the Cinque Terre most of them threaded by the railway lines.

This is unsurprising given the high, rocky terrain comprised of steep hills and coastal cliffs that would never permit an open road. 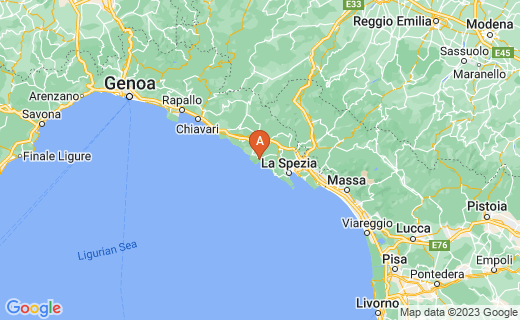 This particular tunnel links the larger New Town section of the town, which is called Fegina, with its historic counterpart on the other side hill. Both parts of the town have much to offer as there are lots of things to do in Monterosso..

The sexiest beach in the world

Fegina boasts the largest sand beach of the whole Cinque Terre and is a very popular spot for visitors. According to the famous Forbes magazine it was the 'sexiest beach in the world' in 2007.

Whatever turns you on I suppose.

Not that I would fit in as after a day in the sun my fair skin was a touch too red.

I overheard the word 'pommodoro' in reference to such.

Perhaps I should have spent more time admiring the tunnels as an effective sunscreen.

The subterranean stroll into Monterosso introduces the visitor to the maritime flavour of the area.

The attractive cream and light-brown walls are awash with a large wave design painted along its length.

Intermittently there are many triangular-shaped glass windows along the short route. These are glazed recesses filled with artefacts from the deep.

Rocks, stones, model fish plus fishing equipment as well as depictions of ancient Sea Gods. Above our heads is a barrel-vaulted ceiling comprising the modest but attractive rust coloured brickwork of an industrial production line.

Into the Old Town of Monterosso Vecchio

The light at the end of the tunnel opens up to the delights of a small square in front of Monterosso. Rows of picturesque buildings lie behind and then gently rise up the hill.

If you look closely at the walls you will see the scars left by terrible flooding in the winter of 2011. A severe rainstorm caused flash floods 4 metres deep causing devastation in the streets

But back down at the square a sea view is thwarted by the large viaduct of the railway line. The natural aesthetic pleasures of 'il Mare' are sacrificed for the logistical necessities of actually getting people to the town. The railway line was opened up by the Italian government way back in 1870.

Changed days since previously the only way to enter was by sea or overland by mule paths that connected the local areas. Natural and human-built fortifications gave protection against the scourge of pirates along the coast in days gone by.

Not that the viaduct construction is unattractive by any means as it is a fairly impressive piece of engineering work to enclose that side of the square. And the pastel colours of pale yellow with pink stone suit the bright surroundings of the resort.

Nevertheless you can enjoy the sight of the Mediterranean waters by simply walking under and you will find a small but pleasant pebble beach. It is usually quieter than its modern compatriot in Fegina albeit less sexy.

Eating and drinking in the Old Town

Monterosso is the largest of the Cinque Terre towns although the population is only around 1,500 people. With space at a premium in the cradle of the rocks the Old Town was built with narrow streets.

The walls above are now adorned with plants, washing lines and the modern satellite dish. Underneath these decorations there is lots to do and see in terms of cultural pleasures, food and drink and of course the obligatory retail tourism.

There is an alleged Rock Music establishment called the 'Fast Bar' and I would use the word 'alleged' very advisedly. Certainly the the interior was decorated with many photographs of famous bands like The Beatles, The Who and ACDC etc.

However on approach I met the sonic deterrent of Disco Music which restricted me to simply popping my head in for a cursory look.

Even worse to report was that the bar was populated by obvious trendy types in smart but casual clothing. Not a stitch of denim in sight, not a whiff of old leather or the glint of a metal stud.

But wherever you go in the area you are sure to be treated to that traditional Ligurian hospitality. It occasionally ranges from unconcerned indifference to the casual "Dimmi!" abruptness.

If you are really unlucky and your customer service personnel are having a bad day then downright rudeness might surface from the mire. But thankfully not that often we hope.

For example we sat for 15 minutes in an unnamed restaurant.

There was no drink order taken nor the offer of time-filling snacks.

So it was time to leave.

There had been no acknowledgement of the tardiness and the last straw was an admittedly rushed waitress snapping "Arrivo!" to our gentle request for some service.

We ended up downgrading to a the nearby 'Cafe Davi' but which gave us excellent service from the staff. The food was very good and the house wine was superb. But more importantly the staff had a genuine friendliness and approachable style. So we must beware of too many stereotypes on the customer service level of the Ligurian region.

The town itself is famous for its white wines, grapes and olives but also for its many lemon trees which you will see around the town.

You will also find many tourist shops so there is lots of variety on offer if you want to be the holiday consumer. Everything from t-shirts, bric-a-brac and lots of samples of food and drink such as bottles of the local Limincino, a lemon liqueur particular to the Liguria region.

One of the highlights of Monterosso is the very old parish church of Saint John the Baptist. It was completed back in 1307 and is fashioned in a basilica design. The church facade is decorated in stripes of white and green marble with a fresco portraying the baptism of Christ at the front door and a rose-shaped window above.

A square bell tower is crowned by merlons giving a fortified appearance on top as this actually pre-dates the church having been built in 1276 as a defensive position by the Genovese.

The interior of the church contains a beautiful nave and two aisles with bright colour and ornamentation and is well worth a look.

Next door is the oratory of the Confraternita dei Neri built in the Baroque style in the 16th century. The name means 'Black Men' and refers to religious groups of the Counter-Reformation in that period.

Conversely in the centre of town is the Oratory of the Confraternita dei Banchi or 'White Men'. The colours indicate the clothing that was worn by the groups during processions .

There are other religious sites in Monterosso. The ancient Sanctuary of Our Lady of Soviore originally built in 643 AD but with much restoration since. The Abbey of the Cappuccini and the Church of San Francesco both built in 1619 on top of the San Cristoforo Hill and which offer a comprehensive view over the area.

Monterosso has an old medieval castle called the Torre Aurora which means 'Dawn Tower'. Partially ruined it is sited at the seashore between the Old and the New Towns.

It was built by the Genovese in the Middle Ages on top of work done by the Obertengo family. They were a family dynasty that once dominated the Milan region and Eastern Liguria in the 10th century.

Returning back to the New Town

Back down on the boardwalk the return trip to Fegina brings us back to modern surroundings.

The buildings here have wider streets and lots of facilities.

You can even enjoy a modest nightlife if you are staying overnight.

An unusual local attraction at the beach side is the 'Statue of the Giant' created in 1910.

It appropriately depicts the Sea-God Neptune sitting on top of the rocks holding up an artificial promontory which is part of an old villa.

The New Town also has many hotels and pensione available.

In fact among the Cinque Terre it has the most hotel and rented apartments.

While you are there you can visit the local restaurants and perhaps sample the famous anchovies or drink Schiacchetra at the end of your meal.

Along the waterfront there are also craft shops if you want some interesting souvenirs of your stay in Monterosso.

Travelling not so further afield

The Cinque Terre area is excellent for walking and many of the old mule paths are now used by hikers to travel between the towns and villages.

They used to be free but now that the area is under the conservation and protection of the National Parks there is a charge. Preservation costs money.

The easiest way to travel is by rail and you can visit all of the Cinque Terre sites in just one day or even less if you are on a whistle-stop tour.

There is a charge for the railway too of course but in the very short time between stops I'm sure many people jump aboard for free.

During peak times in the summer when the trains are packed the chances of encountering a conductor are slim. But the fines are hefty so it's not recommended, especially for budget travellers.

Rather than this leaving a bad taste in your mouth spend your money on a nice meal or fine wine. You'll be spoiled for choice but hopefully you won't be kept waiting too long