A Story Of Being Lost And Found

Technology Is Great - When You Understand How It Works

So it's really easy to go to the store and buy a GPS. I very rarely use a GPS lately, unless there's something wrong with Google Maps, as sometimes happens when you're travelling due to wonky satellite signals and so forth. At any rate, a decent GPS will run you - what, around $150 or so? Because I knew I'd be doing a fair bit of driving in the near future, I opted for a GPS and went about my business.

I was going to be attending a fundraiser with my best friend and my then-five year old daughter. While the five year old had initially wanted to stay behind in order to entertain her then-infant sister, I persuaded her with the promise of food on the other end of the car ride. Being a growing five year old, she was game to come along.

Armed with a relatively new GPS and a sense of wanting to go to this fundraiser to help, my best friend, my child and I all piled into my car with the music off because we wanted to be able to hear the GPS. It was pretty much a standard sort of drive. My daughter kept peppering us with questions from the back, and my friend and I both attempted to answer them as best we could, given we didn't always understand what she was trying to get at.

After about 30 minutes, I knew, or at least assumed, since I didn't know really where I was going, that we were relatively near the location of the fundraiser. The problem was, the GPS kept insisting that the fundraiser was located in the middle of one of the busiest roads, which I knew was impossible, since it was being held at a golf course. Thinking we had to be close but deciding to dig a little deeper through some of the neighborhoods, we turned into a nearby side street and hoped for the best.

We drove around, hoping to see something that would indicate we were close. After another 30 minutes of hoping and driving, I finally got the best piece of wisdom, courtesy of my five year old.

"Why can't we just ask someone for help?"

My friend and I looked at each other, looked back at our tiny charge in the back seat, and started laughing. Sure enough, as soon as we asked someone, they pointed us in the right direction, and we had a fantastic laugh over the matter, but it begged the question:

What good is a GPS if it only gets you within a kilometer radius?

How It Works - Sort Of

GPS Devices Are Great If You Know Their Limitations

I'm not the best with directions, even in my own city.

This has made me the butt of several jokes over the years, which has been a good time, to be honest. I've learned to accept the fact that regardless of anything I do or say to the contrary, I'm not going to know what direction east is, and if you ask me to figure out where north is without a map while sitting in a house, I'm just not going to be able to do it. I understand the old adage that the sun rises in the east and sets in the west, but that doesn't help one iota.

A GPS has been an incredible tool for me, especially when I started to teach co-op, but when I started to realize the potential limitations of the device I realize I had to learn a little more about how they worked. Once I did that, of course a GPS became a lot easier to use, and I found I was able to get where I needed to be a lot more effectively without getting lost in between.

There's something like 30 satellites involved in the Global Positioning System, or GPS, and to work effectively, a GPS has to be locked onto at least three of them. Signals travelling through the ionosphere and signal degradation all have an impact on how a GPS signal is received, which means that you could end up not getting to where you need to be as accurately as you should.

Regardless, GPS and apps like a GPS are incredibly easy to use, generally speaking, and while the technology continues to grow and develop, our ability to get where we need to be will become easier and easier. Technology is a great tool, but understanding how it works and how we could be limited by it is also important to understand.

Look For Where You Need To Be 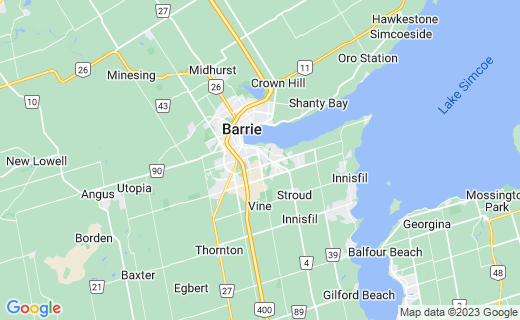