A Mountainous Village At Christmas

Romania in southeastern Europe is named for its 1st-century conqueror, Rome. Transylvania is the entire northwest region of this nation, joining Walachia to the south and Moldavia to the northeast. After a war-filled and many-centuries history, in 1996 Romania overthrew Communist rule and joined NATO in 2004 and the EU in 2007.

A part-Romanian college friend visited cousins in the old country prior to 1989 and told us about the lack of refrigeration and the taxes charged for every room of each house that had a solid door. The cousins' house had curtains at the doors and a barrel of lard out back with sausages in it.

Transylvania once belonged to Hungary.

Transylvania once belonged to Hungary and a collection of Christmas carols from that region is available on a CD as Christmas Carols from 17th Century Hungarian Transylvania.

Interestingly, actor Bela Lugosi was born in the town of Lugos in a part of Hungary that was later taken by Romania. Hungarian and Romanian music make for a lively Christmas. Some tourists even spend the Christmas Holiday Week in Transylvania and are happy that they did.

Transylvania is a mountainous region of diverse nationalities: Hungarian, native Romanian, the Roma gypsy (Asian Indian descent), German, and others to create an interesting multicultural vacation during Christmas of both secular and religious traditions. 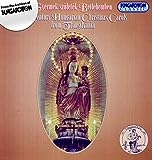 Holy Days in Romania around Christmas include days for celebrating:

St. Andrew- The feast night of St. Andrew is November 30th for the patron saint of protection for people, pets and agricultural animals, and households. St. Andrew's Night Eve is said to be the time when the barrier between the real world and that of the supernatural comes down. This is a bit like All Hallow's Eve in other countries. The night of St. Andrew can also provide a forecast of what the next year may bring.

St. Nicholas- This saint is more familiar to the western world. On December 6th, children wait to see what presents this saint leaves in their shoes. If they have been bad, they receive a stick like a "little rod."

St. Ignatius - A pig is killed on December 20th in rural locations, with a funeral for the pig and a party given for friends and family. The pig's hair is burned as a sacrifice and the meat is cooked and served.

12 Days of Christmas - On the first day, the Christmas Tree is decorated and carolers go about singing with an artistic star in their hands. For their efforts, the carolers receive coins and gifts. The rest of the Christmas-New Year's fortnight is celebrated according to local customs of the town.

New Year's Day - This is a good community celebration. During communist occupation, the holiday was entirely secular, or nearly so. Today, the religious traditions have found their way back into the day as well. A common tradition says that no one should spend New Year's Eve alone. On December 31st, many towns have a parade of sorts led by a decorated plough and people proclaiming "Happy New Year!" On the next morning, children go out and toss wheat seed over their neighbor's doorways to wish blessings and good fortune to them.

St. John- The Nativity of St. John the Baptist celebrates his birth yearly on January 7, at the end of the 12 Days of Christmas. In America and other locations, this marks the beginning of the Mardi Gras preparation season with weekly parties up until the week of nightly parties prior Fat Tuesday and the Wednesday of Lent. In Transylvania you will find local traditions for St. John celebrations to enjoy.

For those that can spend a month of 6 weeks in Transylvania, a full schedule of activities and experiences is sure to follow.

Traditional Christmas Wake Up of Drums and Whistles

The Black Church - Located in Brasev in Transylvania, this church is a monument, a cathedral, and a museum. Its Anatolian carpets from the 16th through 18th centuries are art treasures. Concerts are provided year around and Christmas is a wonderful season for attending them.

Poiana Brasov is also accessible from Brasev and offers 4-5 months annually of skiing and other outdoor sports.

Bran Castle is a popular tourist attraction in Sighisoara, because of its architecture and is connection with the tales fo Dracula and his real-life alter ego Vlad the Impaler, whose father was Vlad Dracul of the Draculesti family. Today, the castle has been a royal residence and has a chapel and a tea room for visitors.

Sighisoara is a town that offers many tourist attraction and historical monuments, including the Citadel (a community of nearly 200 houses from the 12th Century), and Vlad Dracul's House (where the Impaler's father lived) -- Today, you can dine in Dracula's Restaurant. A famous clock tower is also interesting to see and hear with its many wooden figures inside. Many other architectural wonders and monuments make the city worth the visit.

These are just a few of the places to enjoy in the region at Christmas. 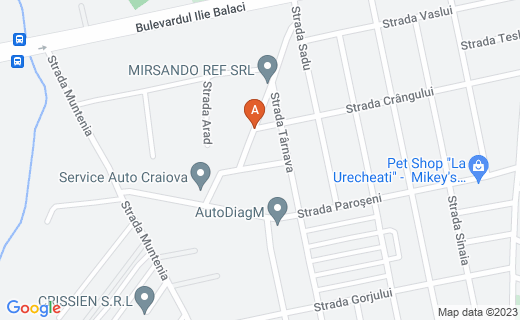 During the 40 days prior to Christmas, the Eastern Orthodox church avoids meat and dairy products as a fast in preparation of the big holiday.

Carol of the Dawn - Transylvanian Christmas