A Visit to the Andaman and Nicobar Islands

Andamans, the nature’s masterpiece seems to be a land of mystic yet romantic fantasy. Deep blue sea, Coconut trees, Mangrove forests, colourful corals, active volcano, wildlife, colonial buildings and primitive population catch the vision as one travels through “the best beaches of the world”. The splendid islands, located in the heart of Indian Ocean, are a paragon of beauty presenting a landscape full with scenic and picturesque extravaganza.

These strangely beautiful islands have something for everyone ― from a nationalist historian to a naturalist, to an adventurous youth can have their bit of pleasure. The history of seclusion and piratical disturbances as well as inaccessibility kept these islands in mystery till the end of 18th Century, but this marvelous mix of nature’s delights is once in a lifetime holiday experience. Topographically these islands are hilly fringed with coconut palm, covered with tropical rain forests and interspersed with magnificent beaches. 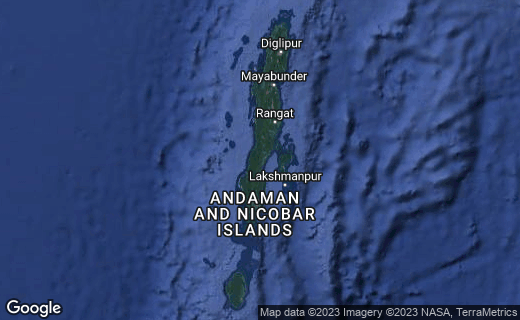 The islands of Andaman and Nicobar are scarcely populated mostly comprising Bengalis from Bangladesh and Tamils, who are settlers or immigrants. The natives inhabit the forests. They are tribes belonging to the Negrito race, namely Great Andamanese, Onges, Jarawas and Sentinelese. One striking feature about the people of Andaman is their honesty. If anyone forgets and leaves his/her purse in the streets of Port Blair, he/she would find it in the same place even after a week. The cluster of these islands can take years to be explored in their entirety but for a short, rather temporary trip, there are certain places that calls for an obvious visit.

The Cellular Jail located in Port Blair, tells the story of tortures meted out to the freedom fighters who were brought there. Thus these islands were infamously known as Black Water Prison or “Kalapani”. The building originally comprised seven prongs (only three are intact now) with a central watch tower. It is entirely made up of individual cells for solitary confinement of the prisoners. The Light and Sound show conducted for tourists describes the heart-touching history in a manner that brings tears in one’s eyes.

Corbyn’s Cove, one of the most beautiful sea-beaches is just 7km from the capital city. It is an ideal place for sea-bathing and sun-basking. En route to Corbyn’s Cove one can see the places devastated by 2005 tsunami. A drive to Chidiatappu, 25km from the city is picturesque with sea on one side and greenery on the other and sometimes hills on both the sides. As the name suggests, Chidiatappu is an abode of a variety of rare birds and is also a favourite tourist spot to witness the setting sun.

Andaman and Nicobar islands is also a destination for underwater adventures. Jolly Buoy, an island in Mahatma Gandhi Marine National Park is an ideal place for snorkeling and offers a wonderful view of underwater corals. Tsunami affected the beauty of marine life in this island but Elephant beach in the Havelock island is the other alternative. Elephant beach is a hot spot for adventure lovers as it is a perfect place for scuba diving through which one can explore the fascinating marine life comprising varieties of colorful fishes and rarest coral reefs.

The way to Rangat is another fascinating experience in this mystic tour as it includes travelling through roads in the midst of Evergreen forests and through the dark waters of Indian Ocean, sometimes in a ship and sometimes in speed boats. One can locate the primitive Jarawas on the way. They are the hunting and gathering nomadic tribe. They come out of the deep forests to ask for food to the tourist convoys as the chips and biscuits feed their taste buds. An wonderful encounter of the modern with the primitive.

Mud volcano is another attraction for tourists visiting Andaman and Nicobar islands. A mud volcano is created by natural gases emitted by decaying organic matter underground. This volcano is located in Baratang, an island that is 39.4 km or 35 nautical miles from Port Blair. This place does not match up to the hype created around its name as a tourist spot but it of course deserves one visit to witness the nature's wonder.

Journey to the Limestone Cave near Baratang through the tunnels made up of canopies of Mangroves is dangerously delightful. Expedition through the jungles bearing the bites of leeches is nothing lesser than a kind of magnificent joy that one should have in a lifetime. Havelock Island (38km from Port Blair) is the place that provides an idyllic resort for naturalists in the lap of a virgin beach and unpolluted environment. The splendid Radhanagar beach is located here. Dolphin Resort is the best option for accommodation as it lies on the shore of Bay of Bengal and its palatable delicacies are must-haves.

Havelock Island (38km from Port Blair) is the place that provides an idyllic resort for naturalists in the lap of a virgin beach and unpolluted environment. The beauty and the refreshing environment of this beach compels me to describe its name as heaven locked in the seas. The splendid Radhanagar beach is located here. Dolphin Resort is the best option for accommodation as it lies on the shore of Bay of Bengal and its palatable delicacies are must-haves.

Another favourite tourist destination is the Ross Island. This is the erstwhile capital of Port Blair during the British regime and presently houses the ruins of bygone days with the old colonial architectures almost in debris. The island got tilted by 90 degrees as it bore the blows of several earthquakes. It remained under British occupation since 1858 till 1942 and then was occupied by Japanese from 1942 to 1945. Mount Harriet (365m high) is the highest peak in south Andamans, which used to be the summer headquarters of the Chief Commissioner during British Raj.

A rare scenic beauty strikes the eyes when one travels 240 km from the capital city. Mayabunder, offers an unspeakable encounter with bewitching symphony of the sun, sand and the sea.This place is known for its cultural eccentricity due to the presence of Burmese and East Pakistani settlements. The beaches have magnificent mangrove ecosystem which not only catches the eyeballs of a nature lover but also attracts the general attention. Avis Island is one of the best beaches of this island, which is a 30 minute boat ride from Mayabunder and Karmatang, which is 13 kms away from Mayabunder, is a nesting ground for turtles; if one visits the place between December and February, the breeding of the turtles can be witnessed live.

At a distance of 135 km from Port Blair is the land of volcano, Barren Island, the only active volcano in India. The volcano erupted twice in recent past, once in 1991 and again in 1994- 95, after remaining dormant for about 177 years. As the name suggests, this place is completely uninhabited by humans but it does have a small population of goats and some birds, bats and rodents who can survive harsh natural conditions.The island can be visited by chartered boats only with the permission of Forest Department. Foreigners are restricted to on-board vessels only and landing ashore is not allowed.

Be it adventure, be it the spell of nature or be it an historical rendezvous or may it be a vacation on the beaches, this group of islands has it all to cater to almost every category of tourists. The unique beauty of the Andaman and Nicobar Islands with its subtle harmonies of light and shade, varied variety of flora and fauna, makes these islands veritable Garden of Eden and the interaction between the blues and the greens makes it a naturalist’s heaven.