A Visit to the Annual Lilac Festival in Rochester

Nature in all its Glory

Rochester, New York is the third largest city in New York State. Located on the shores of Lake Ontario amongst the rolling hills of Western New York, the city has long been nicknamed the Flower City because of the numerous lilac bushes in Highland Park, one of the many parks within the city. Every spring, when the lilacs are in bloom, people flock to the city for its annual Lilac Festival. This year some family business brought me back to Rochester right in the middle of the Lilac Festival and I spent a pleasant afternoon with my camera strolling among the lilacs and other flowers that carpet the park. 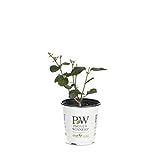 The Park's Lilac Collection Began Over a Century Ago

Highland Park began its life in 1888 when George Ellwanger and Patrick Barry donated 20 acres, landscaped with shrubs and trees to the city for a park. Additional acquisitions of land by the city expanded the park's area to its present 155 acres.

The famous 19th century landscape architect, Frederick Law Olmsted, who designed New York City's famous Central Park as well as numerous parks in other cities in the U.S., was called in to complete the development of the park.

Four years after the original gift of 20 acres by Ellwanger and Barry, the first lilac bushes were added to the park's collection of shrubs by John Dunbar who had been hired in 1890 as the park's first horticulturist.

Dunbar, a native Rafford in Elginshire, Scotland, had learned his trade working and managing the formal gardens of large estates in England before migrating to America. Upon taking the job, Dunbar ordered 1,500 different plants and shrubs from all over the world for the park. Among them were the first 100 lilac bushes which were planted in what became the lilac section.

During Dunbar's tenure from 1891 to 1926 he continued to not only add to the lilac collection but to also begin the parks tradition of developing new varieties of lilacs. A total of 31 named varieties of lilacs were developed under Dunbar's tutelage and a small memorial to him and his efforts stands at the front of the pansy bed at the entrance to the lilac section of the park (see photo at the right).

Lilacs are a Part of America's Heritage

While common in Western Europe, especially France and England, and North America, lilacs originally came from Eastern Europe and Asia. In the fifteenth and sixteenth centuries, lilacs began appearing in France, England and other parts of Western Europe as travelers and traders began bringing them back from the East.

Lilacs were among the plants brought to North America by early settlers. Thomas Jefferson, in a 1767 entry in his garden journal, recorded his method for planting lilacs. A few years later in 1785, George Washington noted in his journal for March 3rd of that year that he had been transplanting the lilacs in his garden.

Because lilacs are a hardy plant that produces an abundance of very fragrant flowers each spring, it was common for families moving west to take some lilac shoots with them to plant in their new homes on the frontier. As a child growing up in Rochester, I remember my grandmother and great aunts always noting that the lilac bushes in their yards were originally taken from my great-grandparents little farm at 3131 St. Paul St. in Rochester (that little farm has been a parking lot for a neighboring factory since before I was born). We had a couple of descendants of those bushes (taken from one of the bushes my grandmother had earlier taken from her family's home to her home) in our first house and a shoot from that was taken to our next house which is now owned by my younger brother and his wife. Lilacs have been closely associated with American history and have been one of the few constants in our otherwise mobile culture.