Along the Pilgrim's Way From Winchester to Canterbury

We were on the Pilgrim’s Way: the ancient pilgrimage route hemming the line of the North Downs through Kent and West Sussex, a long, wavering ribbon of battered tarmac and chalky track that stretches out between the great Cathedral cities of Canterbury and Winchester; and beyond, from Dover to Stonehenge

There are many words for walking. We amble. We stroll. We march. We trudge. We perambulate. Best of all, perhaps: we saunter.

This last word is from the French, “Saint Terre” meaning “Holy Land”.

It derives from the Middle Ages, when pilgrimage was all the rage. Everyone was going to the Holy Land. Some people took it up as a profession. They would wander from town to town, from church to church, begging for alms, like Sadhus and Holy Men do in India today. When asked where they were going, they would say, “to Saint Terre”….. to the Holy Land.

They would never actually get there. It was the journey itself that mattered. Perhaps they were already in the Holy Land in some sense. Perhaps it was the walking that took them there.

We were on the Pilgrim’s Way: the ancient pilgrimage route hemming the line of the North Downs through Kent and West Sussex, a long, wavering ribbon of battered tarmac and chalky track that stretches out between the great Cathedral cities of Canterbury and Winchester; and beyond, from Dover to Stonehenge.

It was late April and the Bluebells were out. We sauntered along country lanes through wooded hills as dappled sunlight played down upon us, as the road unravelled and birds sang, scurrying about in the treetops. Hardly a car passed. There was hardly a reminder that we were in the 21st century at all.

I was with my friend, Paul. We were about three days into the journey by now, up an isolated track by a wood. We were talking about walking, about the way walking changes things. “You get to know the world you’re walking in,” said Paul. “It’s more intimate.”

A journey that might take 20 minutes by car would take three days on foot. The whole world changes with this change of pace. England is another country, an undiscovered land, one you have only ever glimpsed from afar. The trees are like sentinels, guiding you on your journey, guarding you on your way. And each tree has a character, a personality. Soon you find yourself talking to them, like long lost friends.

It had been a variable journey so far. We’d caught a train to Winchester, but, arriving late, had had to take the first bed and breakfast we could find. It was a scruffy, dirty little room above a pub and didn’t bode well for our trip. It didn’t even provide a proper breakfast. And the first day it rained heavily all day, making walking impossible. We visited the Cathedral - which we got in for nothing, telling the cashier that we were on a pilgrimage and wanted to say a prayer at the start of our journey - after which we decided to skip ahead by bus, to Farnham, where we found a welcoming pub and a much more hospitable B&B. And the following morning, the weather being suddenly bright, we set out on foot at last.

We were following the North Down’s Way, the well marked English National Trail which approximates the route of the old Pilgrim’s Way. You leave Farnham on a wooded footpath which parallels the A31 - which intrudes upon you with its incessant roar at first - but very soon you swerve away into open countryside…. And into silence, expansiveness and beauty.

I think this is what is so remarkable about this route: the fact that in this most crowded and built-up corner of England, the Southeast, you can travel for hours, even days, at a time, and hardly cross a road or meet another soul.

As well as the white acorn signs which point the way, you also encounter the occasional more eccentric marker. Decorated trees. You don’t often see this in England. But here, on the Pilgrim’s Way, we came across two in the space of less than an hour. Later, in the village of Puttenham, we found a pub, The Good Intent. It was lunchtime now. We’d been walking since early morning, so you can be assured our intentions were very good as we stepped in for some welcome refreshment and a chat with the locals.

It was in here that we heard about the Watts Mortuary Chapel.

“You’ll be surprised,” said the patrons of the pub, mysteriously. “It’s like nothing you have ever seen before."

We set out on our walk again, and about an hour further on we found ourselves approaching the monument.

It is a few hundred yards off the route, near the Watts Gallery in the village of Compton, up a lane and around a bend. We’d been walking for most of the day and were very tired. When the monument failed to jump immediately into sight we almost gave up. “If I don’t see it soon I’m heading back,” I said. But then, there it was.

At first sight it is very plain: a domed, red brick chapel set on a wooded hill. Closer up you can see that it is elaborately decorated, with intricate terracotta forms weaving in and out of the brickwork and a fine, ornately carved wooden doorway. But it is on stepping through the doorway that the magic hits you. As the people in the pub had told us, it was like nothing we’d ever seen before. It very nearly took our breath away.

If the outside is a monochrome terracotta red, inside it glows with the richest of hues, reds and greens and purples and browns and blues, all the colours you can imagine, with images of fiery Angels making secret hand signs, with code words woven into the design and deeply resonant quotations from the Bible. It is like an Art Nouveau temple in there.

A notice at the door explains its origins.

It was built as a memorial to the Victorian portraitist George Watts by his wife Mary Fraser Tytler, who designed the building, and includes a painting by Watts himself, which he completed just months before his death.

The whole thing is a stunning, awe-inspiring, mystical work of art, which would be worth a visit even without its connection to the Pilgrim’s Way.

Aldous Huxley is buried in the graveyard.

The Watt’s Mortuary Chapel is in Surrey, but, over the border in Kent, there are further surprises. One of these is the Coldrum Stones, a Neolithic chambered Long Barrow near the village of Trottiscliffe not far from Sevenoaks.

I’ve lived in Kent now for 25 years but had never heard of this ancient place until recently. It is one of Kent’s best kept secrets, hardly more than half an hour’s drive from Canterbury.

It is perched just off the Pilgrims Way on a spur of land over looking the weald of Kent, where the River Medway cuts through the Downs, facing East towards the Vernal Equinox sunrise.

Excavations show a number of burials in this place, including the skull of a woman who may have been ritually sacrificed, which stood on a raised shelf inside the burial chamber. Some of the bones had been painted in red ochre. These are now situated in Maidstone Museum.

And from beside the chamber, looking East, you can just make out the site of another Long Barrow, Kit’s Coty House, about five miles away, also situated on the slope of the North Downs along the Pilgrim’s Way.

It’s as if, in locating these two monuments within sighting distance of each other, the ancient builders were marking out this venerable track for travellers to follow. Possibly a ferry crossing on the Medway would have lain in between. Possibly, also, they were standing in defiance of each other across the spacious landscape, marking out rival territories.

It was May Eve by now, Beltane, the perfect time to be here. There was a circle of flowers in the grounds where previous visitors had made their offerings. Paul burned incense and did some rituals, while I said my prayers to the ancestors, absorbing the atmosphere of peace and tranquillity which pervades the place.

It felt as if, in following this ancient pathway, we were being led, not only through the physical landscape, but through a psychic and historical landscape too.

There’s something about this road, something indefinable but alluring. It calls to you, beckoning you along the way. Every so often the way is cut or broken by a stretch of modern road, with the traffic rushing by, fuming and roaring; but then you’d catch sight of the Pilgrim’s Way in the distance, a dark little funnel through the greenery, luring you into its peaceful shade.

I always knew instinctively when I was on the Pilgrim’s Way. I could feel it in my bones.

This road could represent the earliest evidence of human activity on these Isles, being not only a medieval Pilgrimage route, but a part of a much earlier track-way too, stretching all the way from Dover to Stonehenge: from the most important crossing point for the continent, to the very heart of Britain.

It is the natural route from the East to the West, avoiding the mires and the bogs of the marshy valleys, and the forest entanglements of the heights (full of wild animals and hostile tribes) keeping a level course, sheltered from the wind, on the sunny side of the slopes, overlooking the vast expanse of the landscape stretching out below.

It was once a great trading route, with people bringing goods and raw materials to and from Europe. Perhaps it is the road taken by the great megalith builders when they first set foot on these Isles, bringing with them their high culture and their knowledge of the stars. Perhaps, too, the first metals were brought in along this road.

Medieval pilgrims rode along it at a canter (at the Canterbury pace) to visit the bones of their sacred dead, just as Neolithic travellers had before.

John Bunyan lived nearby, and wrote his Pilgrim’s Progress as an allegory of its spiritual meaning.

Hilaire Belloc in The Old Road speaks of the archetype of The Road. “It is the greatest and most original of the spells which we inherit from the earliest pioneers of our race,” he says.

The Road leads us on. It is The Road itself which guides us, taking a level course, avoiding the traps and the dangers lying in wait either side, taking the simplest and most natural route through the landscape. The Road knows the crossing points for every river, for every hill. It knows the best way over every obstacle, and all along it there are places to stay, for rest and refreshment.

Here, in the early part of the 21st century, it sometimes feels as if the whole of the human race is lost.

Once on The Road you cannot get lost. It is The Road that guides us home. 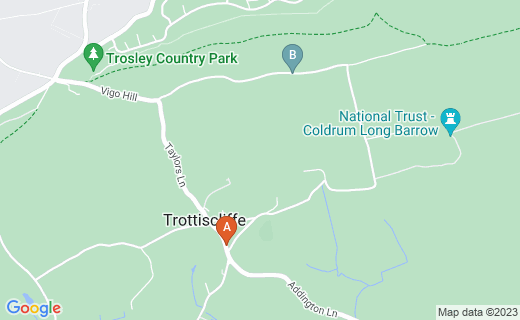 For information about the North Downs Way:

For information about Winchester Cathedral:

For information about Canterbury Cathedral: