Heritage Trail - The Trail of Tears in Arkansas

The State of Arkansas General Assembly of 2009 approved The Arkansas Heritage Historic Trail routes and Signage.

By 2011, signage marked The Heritage Trails; The Butterfield Trail, Civil War Trails, The Southwest Trail, and The Trail of Tears could be found along Arkansas Highways, Roads and Interstate. Signs mark the different trails as they occurred historically and geographically throughout the State of Arkansas.

In Central, Arkansas, Trail of Tears routes run from Little Rock, along Stagecoach Road, University Avenue, down Markham, over the Broadway Bridge, into Hwy 365, traveling into North Little Rock, through Maumelle, Mayflower, and into Conway, Arkansas where the Historic Point Remove Train Depot and Museum of the Cherokee Removal has been restored.

It is one thing reading about the plight of our original hosts, the Native Tribal Peoples of North America, it is another to see the evidence and enormity of such an undertaking.

There were thousands of human beings, woman, children and men. Thousands were forced to walk over 1,000 miles. In freezing weather, they trudged through a wilder Arkansas.

That last winter had to be a nightmare that none of us can imagine.

The Trail of Tears Is a Sad Reminder

The Southern Colonizers way of the past was and remain today as the Art of dirty deeds and secrets.

Those who claim to be followers of Christ have perverted the teachings of Jesus of Nazareth and continue the violence, and dehumanization People of Color as a license to massacre cultures who stand between them and what they desire.

Settlers demonized Natives as a passport to destroy homes, families, tribes, and cultures.

The 1800s demanded silence about the violation of innocents. This silence was kept within families, communities, the Nation, and the world.

The truth about repeated nullification of Treaties with the Native American Tribes; the real human beings in North America during the 1800s was a precursor to the Holocaust suffered by the Jews.

From 1640 to 1900 the horrific torture, rape, and ravaging of the Indigenous Peoples outnumber the atrocity visited on the Jews by millions.

Remembrance and worldwide mourning of what was visited on the Jews is a step forward. Sadly, what little is left of the Indigenous Peoples cultures and lands are targeted today and the Jews are running with Manifest Destiny; a genocidal protocol against Palestinians.

As early as the 1790s Indigenous Peoples stood in the way of Europeans imagined they were owed. Settlers like water filled the Tribal Lands, with thoughtless and greedy individuals who latched on to a theory of Manifest Destiny to excuse massacres, rape, and land grabs which occurred.

A cry for justice still echoes through the Historical practices of European settlers. Genocide and Slavery is the bloody foundation of Arkansas as early as 1640, and the United States since 1776.

The Five Civilized Tribes were driven like cattle off of the land that was originally theirs. Cattle were given more respect and would not have been moved in such harsh climates.

Thanks to the Arkansas Department of Heritage for the hard work, and effort in creating and posting these reminders of the Heritage Trails.

Speaking about the Cherokee Removal and the breaking of the Treaties do not address the fact that many people have been told that they "have Cherokee blood." With the rise in DNA testing, the gene pools are allowing people to answer the question; Do I have Cherokee Blood.

Finding the answers require more than a DNA kit, it is important to do research. The video below will help get you started on that Trail. Can We Heal The Broken Paths?

How can we help heal the broken paths?

If you care about human rights and justice, perhaps it would be a good idea to gather the family, and check out the hundreds of miles of The Trail of Tears, in Arkansas, and the surrounding States.

When you do see a Heritage Trail sign, say a prayer. Sing a healing song. Burn some sage, help spread awareness, that the wounds may heal.

The Butterfield Stagecoach Trail, and Trail of Tears 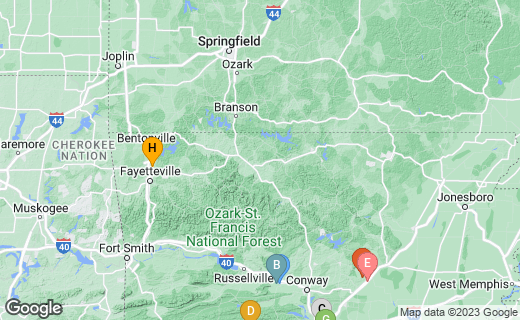 The Indigenous Peoples of the Southwest

First Language - Race to Save Cherokee