Amazing Buildings and Hidden Treasures on the Grand Boulevard of Budapest

The Grand Boulevard – opened in 1896 to commemorate the 1000th anniversary of the conquest of the territory by Hungarian tribes - touches the Danube at both ends. The Nagykörút is a collective name, because this road actually comprises several roads: Szent István körút, Teréz körút, Erzsébet körút, József körút and Ferenc körút.

This semicircle continues on the Buda side, runs through Margit híd in the north and completed by Pertőfi híd in the south. This is the city’s longest thoroughfares, measuring more than 4 kilometres from Margit híd to Petőfi híd. It's historical importance originates from the fact that the Grand Boulevard of Budapest connected parts of the city that had previously been separated or socially distinct.

Taking a walk on The Grand Boulevard we often miss the amazing places and the beautiful buildings dotted all along this ring road. Let me show you some of them! 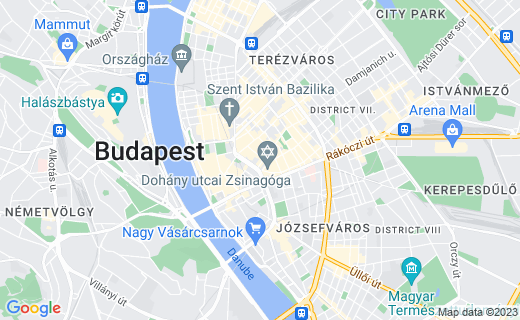 The Grand Boulevard of Budapest in 1897

The first edifice is Margaret Bridge – so called Margit híd. This elegant French-stlye arch bridge connects the southern tip of Margaret Island with Buda and Pest. It was planned by the French engineer Emile Gouin and built between 1872-1876.

Just take a look at the bridge, you can dicover it's special sculptures created by the French sculptor Adolphe Martial Thabard: mytholigical figures with wings. But the most important decoration is a relief of the Holy Crown of Hungary.

Margaret Bridge and Margaret Island in 1930 and recently 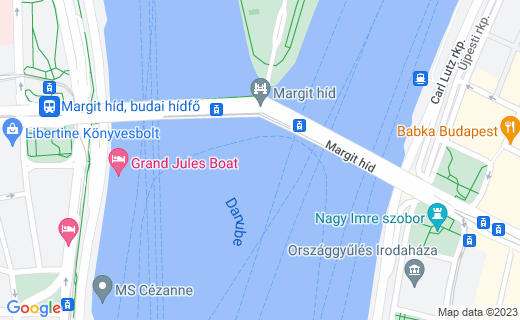 Margaret Island is the green heart of the city, a charming oasis, a quiet place where I can spend hours. The island is one of the biggest parks and most beloved picnic areas of Budapest and offers many form of gardens, groves, clearings, paths…

Originally there were three islands in the river here, and as part of river regulation works in the 19th century the separate islands were join together by constructions. It was declared a public garden in 1908. The island was dominated by churches and cloisters until the 16th century. Unfortunately during the Ottoman wars the buildings were all destroyed, but you can see the ruins of the old churches. 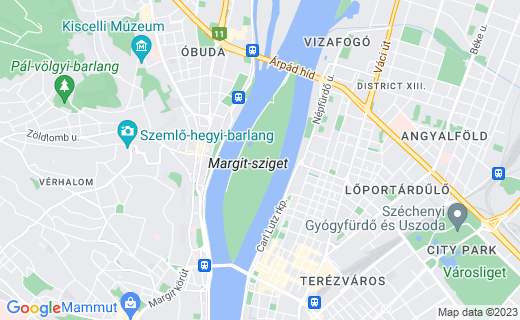 3. This Theatre Is Fancy and Famous

Vígszínház or The Comedy Theatre of Budapest – built between 1895 and 1896 – is one of the oldest theatres of the city still in operation. The building fascinates me with it's baroque decorations and fine details every time I see it.

And what's the opinion of foreign tourists? One of them wrote a really exciting report on TripAdvisor that makes my heart melt so much: "We saw Master and Margarita, a play adapted from Bulgakov's well known novel. It was awesome. Although we didn't know the language we had great time. The theatre's atmosphere is something you wouldn't miss if you see yourself not just tourists but also cultural travellers." 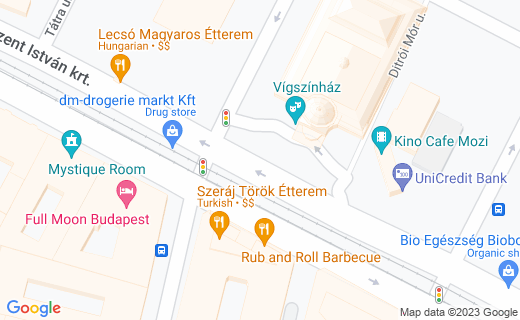 The Comedy Theatre of Budapest Then and Now

4. Mr. Foster and the Chamber of Secrets in Budapest

Some say the most imposing building on the Grand Boulevard is the Western Railway Station – Nyugati pályaudvar – built by Gustav Eiffel's company and opened in 1877. Nyugati is one of the three main railway terminals in Budapest. Lies at the intersection of Grand Boulevard and Váci Avenue. Nyugati with it's colonnaded glass-facade is really stunning! 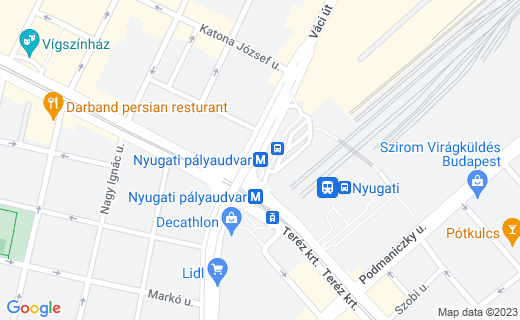 And only a few know that in the hall can be found a secret place: the Habsburg family's Royal Waiting Hall! I had traveled many times before I learned about this rooms planned for Franz Joseph and her wife, Queen Elizabeth (Sissi) to relax before and after a journey.

Where can you find the chamber of royal secrets? Enter the railway station, then turn left, walk along the wall and look for the turquoise door. Above it you can read the famous motto of the house of Habsburg-Lorrain carved in marble: Viribus Unitis (With United Strength). This was the Emperor, Franz Joseph's personal motto too after his accession to the throne.

The Royal Waiting Hall now is only an event venue, and these rooms are closed for most of the year.

Near Nyugati there is a special place, Radisson Blu Béke Hotel, formerly known as the Britannia Hotel, first opened for business on 10 May 1913. Its first owner based his new establishment on the English model. The hotel was fitted with the latest amenities: the rooms had running hot and cold water, steam and water-based central heating, and a central vacuum cleaning system were installed. Above the doors to the rooms special lights were fitted for calling room service.

Later Aladár Németh and his wife brought about the “golden age” of Britannia, because they honed the catering and entertainment to perfection. The building became a centre of Pest’s social life. The glass paintings and frescos of the hotel are all works of Jenő Haranghy, Hungarian artist, professor of the College of Applied Arts of Budapest.

Britannia Hotel between the World Wars 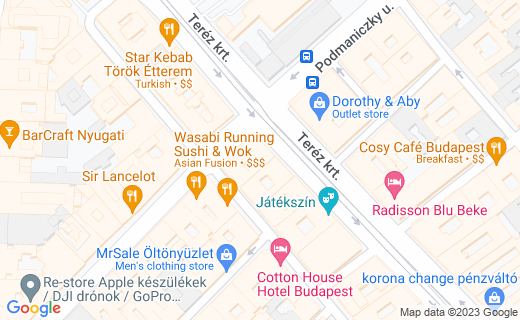 The famous Glass Dome made by Jeno Haranghy was originally designed for the hotel back in 1937. Do you know who are represented in the middle of the cupola? From left to right Ignis (fire), Aer (air), Aqua (water), Terra (earth).

But you can find another noted hotel among the buildings of the Grand Boulevard: the New Yourk Palace with the world-famous New York Café built between 1891 and 1895 for the New York Insurance Company. The stunning café on the ground floor has been a longtime center for Hungarian literature and poetry.

Legend has it that on the New York Café’s opening day Ferenc Molnár - famous Hungarian writer known in the USA too - and his journalist friends took the restaurant’s keys and tossed them into the Danube in hopes that this would force management to keep the doors open 24 hours a day. How many excellent artists spent their time here!

New York Café was the cradle of modern Hungarian literature and culture - for example the most influential newspapers were edited here, in this building. 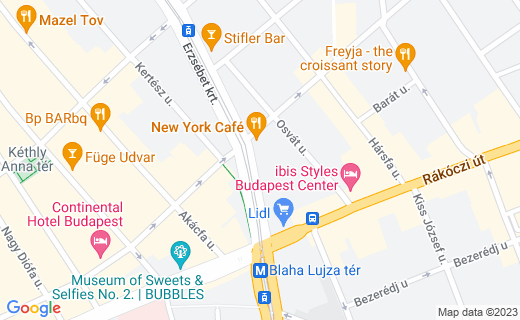 After World War II New York Café fell into disrepair and it served as a shop. The famous café reopened in 1954, under the name of Hungária, and in the 2000s New York Café was restored to its original splendor.

The Museum of Applied Arts holds a special place in my heart. I love Art Nouveau and I admired from the buildings of Ödön Lechner, famous Hungarian architect. It is closed now due to major renovations, but I would like to show you it's breathtaking beauty. 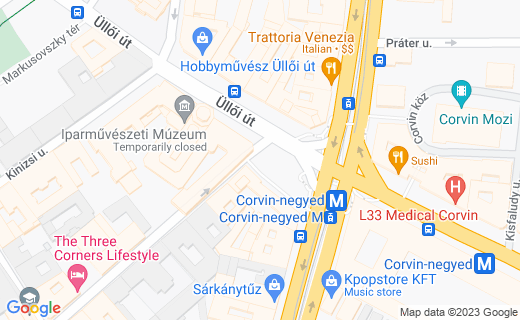 What do you think about these places?

Which is the most exciting?